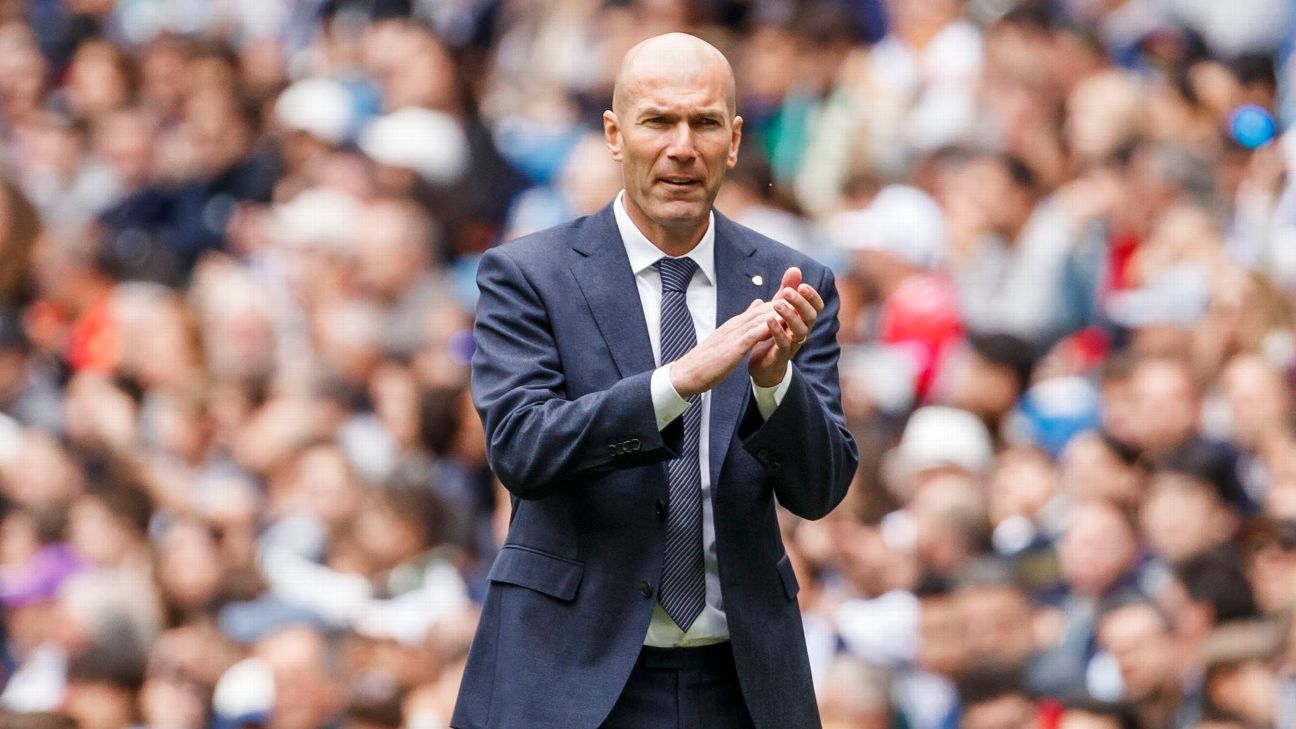 Former Real Madrid sporting director Jorge Valdano has told ESPN FC that Zinedine Zidane returning to the Bernabeu as coach was a “heroic act” — but said the Frenchman needs to be “decisive.”

A busy summer is expected at the Bernabeu as Zidane and club president Florentino Perez look to rebuild a side which won four of the five Champions League trophies from 2014 to 2018, but struggled last season and finished trophyless.

“I have no idea what Zidane is thinking,” Valdano told ESPN FC. “But it is true that the team needs a big shake-up, they must move in the market in a much more decisive way than in recent seasons.

“There is a need for five or six really well chosen players. You must choose very well, both the players to come in, and those who will leave.”

Zidane left the job in summer 2018 after winning the third of his three successive Champions League titles, and the club struggled under first Julen Lopetegui and then Santi Solari. Zidane went back in March, but results did not improve.

“Zidane’s return was, for me, almost a heroic act,” Valdano said. “He knew it was risky, but he did it.

“The president, and the club, must be very grateful. He should have a statue here at the Bernabeu, and another in Florentino’s garden. Just from his presence, the season ended much more peacefully than it could have.

“When there is no sporting director, it is the coach who must make the decisions. The risk he took would be in exchange for having the power to design the squad for next season.”

Zidane faces a challenging summer with many of the players who he found when he originally took over in January 2016 are still important members of the first team.

“Things are different now from his first spell in charge, when he had clear leaders — Sergio Ramos for spirit, Luka Modric for football, Cristiano Ronaldo being decisive,” Valdano said. “And all at the height of their careers.

“Now Zidane must put together something new, with new players coming in. We don’t know how they will adapt to a new city and the unique nature of this club. That will test him, but if anyone has won the confidence of the club it has been Zidane.”

Valdano appeared to doubt whether Manchester United and France midfielder Pogba was a player who Zidane could build a new Madrid side around.

“Pogba scores goals,” he said. “He does not have so much influence in the construction of the play at Manchester United.

“But if Zidane is thinking of him for Real Madrid, for sure he would have a conducting role in the team.”

Madrid extending Toni Kroos‘ contract until 2023 was maybe not a popular move, Valdano said, but it was a wise one as the Germany international does have the “characteristics” to organise a midfield.

Valdano would not predict what will happen in the impasse between Zidane and Bale — with the coach seemingly having decided not to play him anymore. Bale’s agent Jonathan Barnett told ESPN FC the plan was to see out his contract up until 2022.