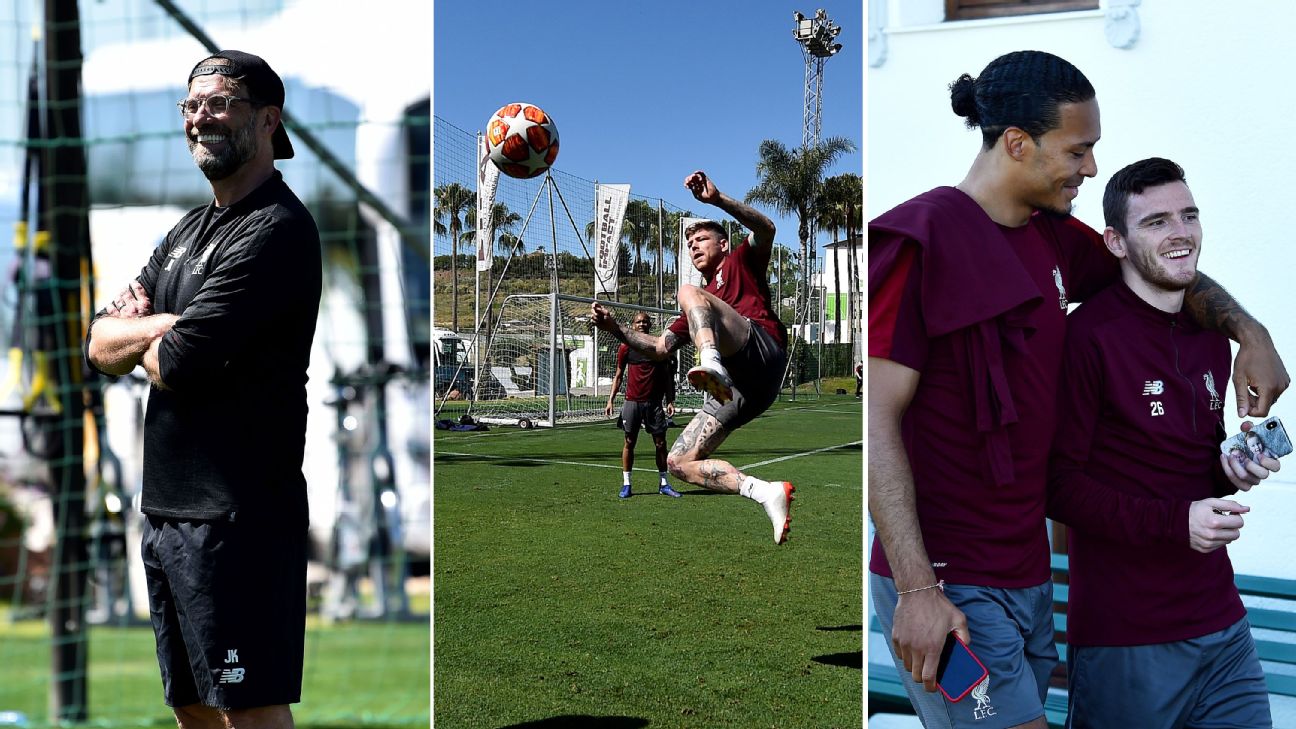 With 11 days to go until the Champions League final, Liverpool have swapped their Melwood training ground for Marbella where they are currently limbering up for their season finale.

Unsurprisingly, the squad seem to be enjoying the altogether sunnier climes of the Costa del Sol with Sadio Mane in particular cracking wise about the difference in temperature.

“Nobody misses the Liverpool weather, to be honest! That’s it,” Mane joked, according to the Daily Mail.

‘Now I think it is important for us to be back and prepare for the big game. We know how to do it, so we’re looking forward to it.’

The Reds are in southern Spain to acclimatise to the weather before facing Tottenham in Madrid on June 1.

With everything done and dusted and La Liga survival secured, Brazil great Ronaldo rewarded his Real Valladolid squad with a little postseason getaway.

The 42-year-old, the club’s majority shareholder, had promised to take his team and coaching staff on holiday to Ibiza and Formentera if they managed to stave off the drop.

Lo and behold, the Blanquivioleta touched down in the Balearic islands this week.

Several Valladolid players have shared images and videos of their jaunt on social media, with the enoturage enjoying group trips to the beach as well as a couple of local restaurants.

A welcome treat and no doubt fantastic for team spirit.

Compare and contrast that with Newcastle United, who reportedly had their end-of-season trip to Las Vegas (as promised to them by owner Mike Ashley) revoked despite successfully delivering themselves from relegation.