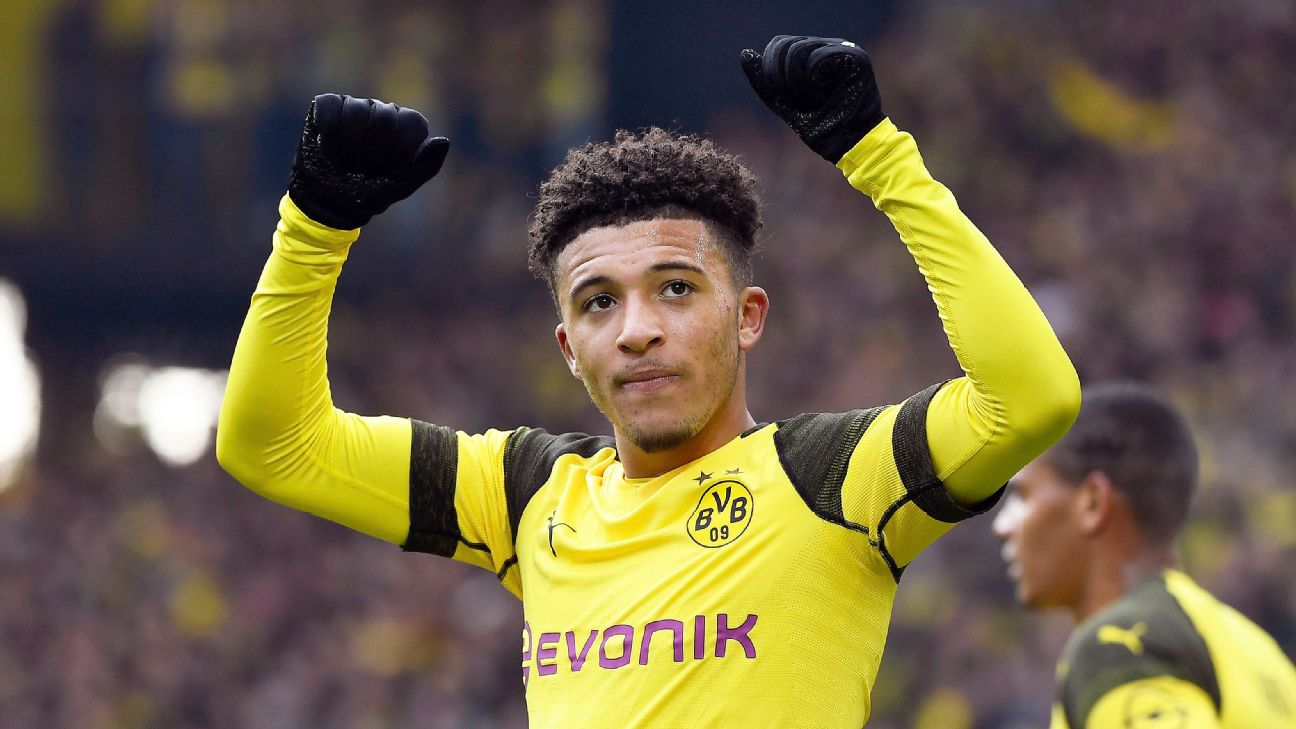 Manchester United will pursue alternative targets to bolster their attacking options this summer after ruling out an £80 million move for Borussia Dortmund winger Jadon Sancho, sources have told ESPN FC.

Former Manchester City youngster Sancho, 19, has been a long-term United target, with the club’s scouting department identifying him as a potential signing prior to Ole Gunnar Solskjaer’s arrival as the replacement for the sacked Jose Mourinho in December 2018.

But while Solskjaer and assistant manager Mike Phelan have encouraged the club’s interest in the teenager, who made his England debut against Croatia in October 2018, United have been unable to engage Dortmund in constructive discussions about a deal for him.

Enquiries by United about Sancho’s availability have been rebuffed by Dortmund, who have made it clear that they have no desire to sell the player this summer, having already offloaded United States international forward Christian Pulisic to Chelsea.

Sources said United have been made aware that it would require an offer in the region of £80-90 million to even prompt Dortmund to consider selling Sancho, and with Solskjaer determined to press on with his summer recruitment plans, they have now chosen to look elsewhere due to what they perceive to be an overinflated valuation of a player who has just two full seasons of senior football under his belt.

Sancho remains a player of interest to United, but not at the level of outlay it would require to persuade Dortmund to sell, sources said.