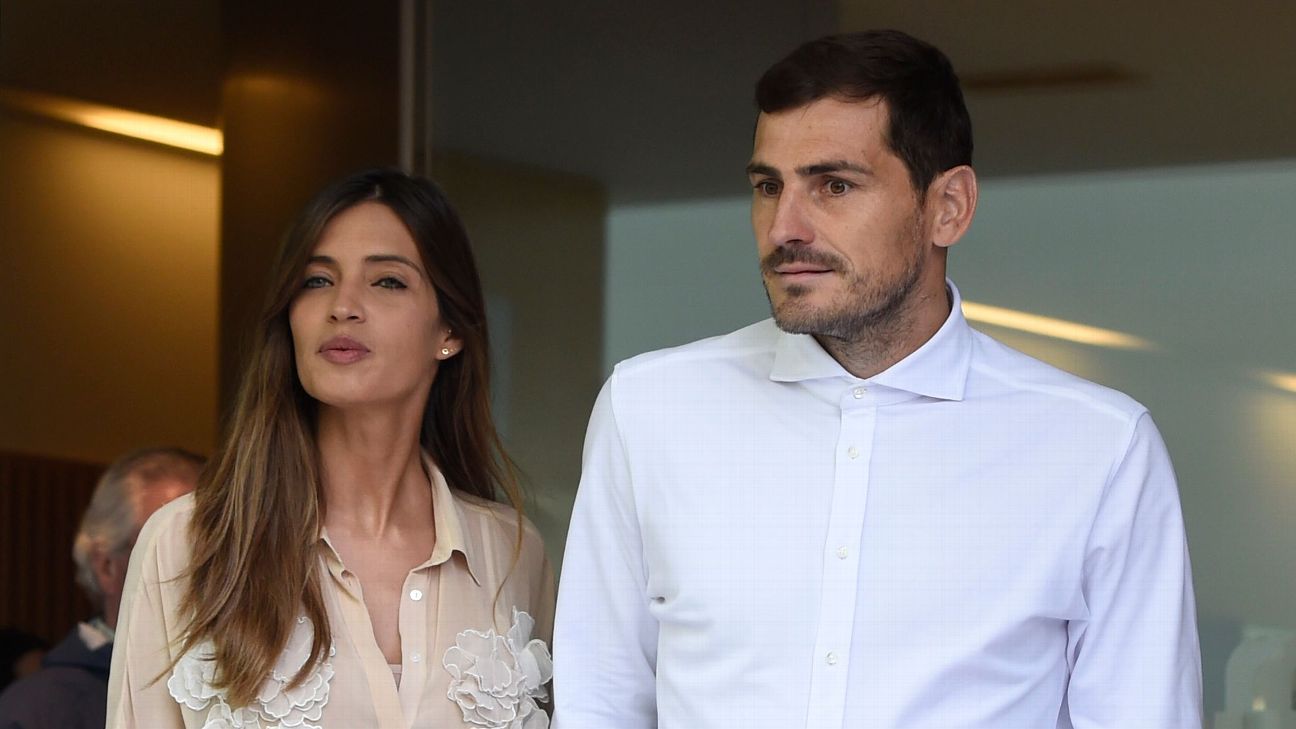 The wife of Porto goalkeeper Iker Casillas has said she was diagnosed with ovarian cancer, less than three weeks after her husband suffered a heart attack.

Spanish TV presenter Sara Carbonero announced on Instagram that she has undergone surgery to remove a malignant ovarian tumour and will have further treatment in the next coming months.

She wrote: “When we had not yet recovered from a scare, life has surprised us again. This time it has touched me, that damned six letter word that I still have trouble writing.

“A few days ago, in a regular checkup, doctors found a malignant ovarian tumour and I have already had surgery. Everything has gone very well. Fortunately, we have caught it in time but I still have a few months of struggle while I continue the necessary treatment.

“I am calm and confident that everything will turn out well. I know that the road will be hard but also that it will have a happy ending. I count on the support of my family and friends and a great medical team.”

Casillas had suffered a heart attack while training with Porto on May 1 and was discharged five days later.

Porto expect Casillas to make a full recovery but the former Real Madrid and Spain captain has not made a decision regarding his playing future.

He turned 38 on Monday and celebrated by posting a photograph on Twitter with the message: “It hasn’t been a great birthday. At least, I didn’t give it the attention I should have!

“Still, I have posed and shown my face. Happy despite having been here for 20 days now! 37 [years] have gone… finally! Welcome 38!”

Casillas and Carbonero met before the 2010 World Cup and have two boys aged five and two.

World Cup quarterfinals preview: What to know about each team, predictions, schedule and more
How Giroud surpassed Henry’s France goal record
Giroud makes history, Mbappe stuns as France advance, but will injuries cost them the trophy?
The US accomplished a lot in Qatar, but left everyone wanting more
Lionel Messi ensured Argentina didn’t implode. The World Cup is so much better for it.