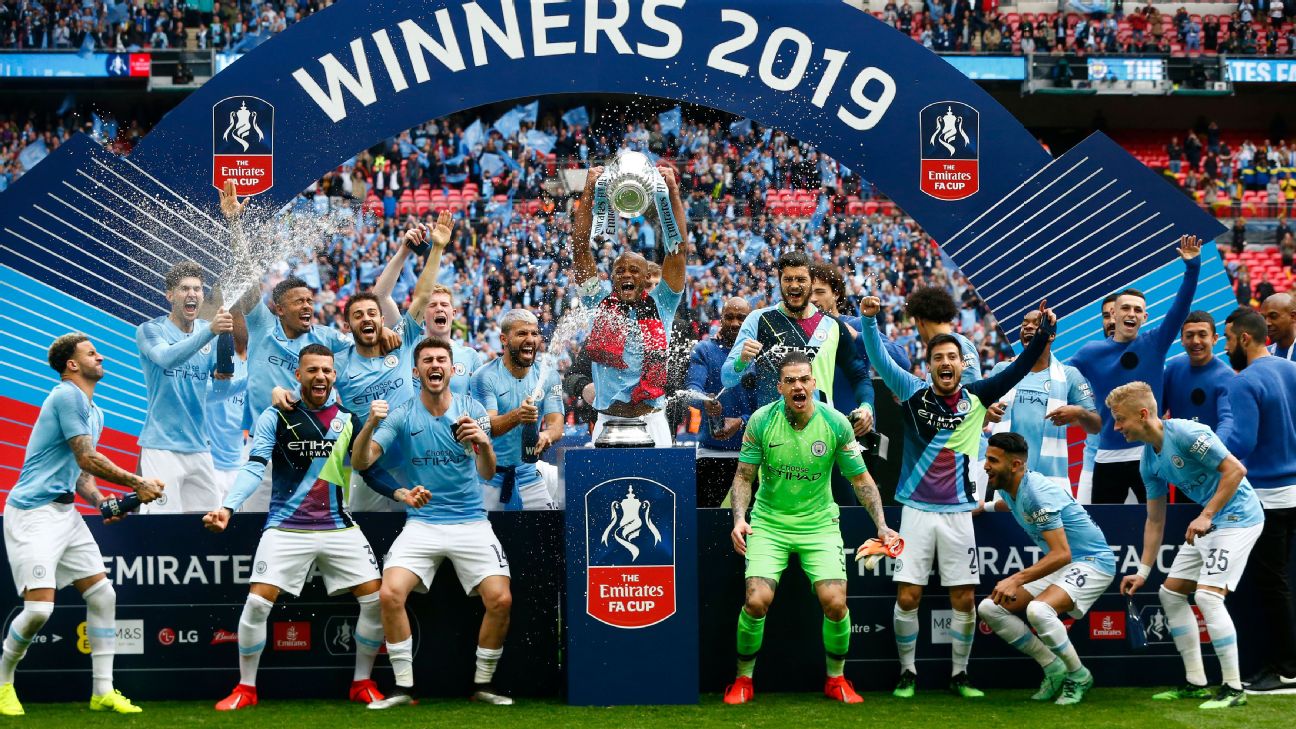 You win five of six domestic trophies. You gain 198 of a possible 228 points. You triumph both when you have a 15-point lead in December and when you have a Liverpool team breathing down your neck until the very last game.

Yeah, you get to legitimately ask: are we the greatest team in the Premier League era? The answer is yes and no, the lack of Champions League success is not an asterisk. It’s simply another target in the cross hairs, armed with the realisation that in a knockout competition, anything can happen, including going out on the away goals rule.

Two of the four English sides that became European champions in the Premier League era, Liverpool in 2005 and Chelsea in 2012, finished fifth and sixth respectively that season. Manchester United, winners of the “Big Treble” in 1999 did win the league, except they did it with 79 points. The 2008 version also won the league and finished with 87; this City team reached that total with four matches to spare.

But there are results and then, aesthetics. And this City team marries the two like few others in recent history. You know the points total; how about the fact that over the past two years, City have lost the xG (expected goals) battle on just five occasions, and in two of them, it was by less than 0.05 xG?

Sure, this team has been built at vast expense, but what strikes you most is the type of spending, the progress made after joining and the fact that, to some degree, everyone is replaceable. How many of the current team were bought as ready-made superstars?

You can make a case for Sergio Aguero, although that was back in 2011. Kevin de Bruyne? Sure. And that’s probably it. In fact, the degree to which they blossomed at the club is, frankly, remarkable.

David Silva came from Valencia as a 24-year-old, a guy seen as a “nice” player but a provincial one. Raheem Sterling arrived as a promising youngster, with conventional wisdom depicting him as a guy who was all flash and no substance. Fernandinho was playing in the Ukraine until he was 28 (and didn’t win his first cap until he was 27).

Aymeric Laporte was a hugely hyped youngster who was passed over by bigger clubs until he was 23 and still has yet to win his first cap for France. Kyle Walker was 27, and while he was briefly the most expensive defender in history, he came from Tottenham where he only became a regular at 21. Ederson had one top-flight season under his belt at Benfica (and one national team cap).

Bernardo Silva? Another “nice player,” not someone hailed as the second coming. Ilkay Gundogan? A superb talent who once had scouts salivating, but who didn’t look the same after his injury. Leroy Sane? Super tools, but he was 20 when he arrived and had one season as a regular at Schalke. And what of Oleksandr Zinchenko? He lands at City as a teenage attacking midfielder from a Ukrainian team nobody has heard of (Ufa, since you ask) and two years later he’s the starting left-back during the stretch run to the title.

It’s not just that most of these guys have improved since joining City. Rather, it’s that apart from Aguero, De Bruyne and, possibly, Riyad Mahrez, none of them have much of a backstory before arriving at the Eithad. This is the first global success the vast majority of them have known. They don’t feel like a Panini sticker team or a gaggle of hired guns; they feel like guys who have been on a journey and are giddy with excitement to be where they are.

And no, since you can’t talk about Guardiola without mentioning his previous stops on the road, this is a very different situation. Bayern had won the Champions League prior to his arrival, he found himself coaching World Cup winners after a year. Barcelona had won the Champions League a few years earlier and, here too, he was in charge of World Cup winners (as well as a guy named Lionel Messi). Most of his Man City squad had won nothing prior to joining the club and even the current team features just four guys — Aguero, David Silva, Vincent Kompany and Fernandinho — who were around for the last Premier League title.

There’s a team ethos there that’s hugely evident. Everybody is on message all the time, whether they get on the pitch or not. And sure, it’s easy to be good little soldiers when things are going well, but the fact is there have been bumps on the road too. Like in his first campaign, when they spent much of the season in fourth place. Or, indeed, when they got bounced out of the Champions League. That was the time for dressing room whispers, recrimination and even questioning his personnel choices. Instead we got nothing. That’s down to a manager with the charisma and personalty to keep players on board, as well as a group players who put the collective first.

That brings us to the issue of who is “indispensable.” Conventional wisdom was that Fernandinho could not be replaced. Well, he gets injured, Gundogan comes into a deeper role and City don’t look back. De Bruyne was the club’s most valuable player a year ago: we know how things went this season. John Stones was supposed to be the bedrock of the defence and, when his performances dipped, in came somebody else, whether Nicolas Otamendi or Vincent Kompany. And let’s not even get started on the rotating cast of left-backs…

On the pitch and the training ground, City are beauty and functionality rolled into one, as well as the greatest team of the Premier League Era. That they’ve been built differently than other top teams makes it all the more remarkable.