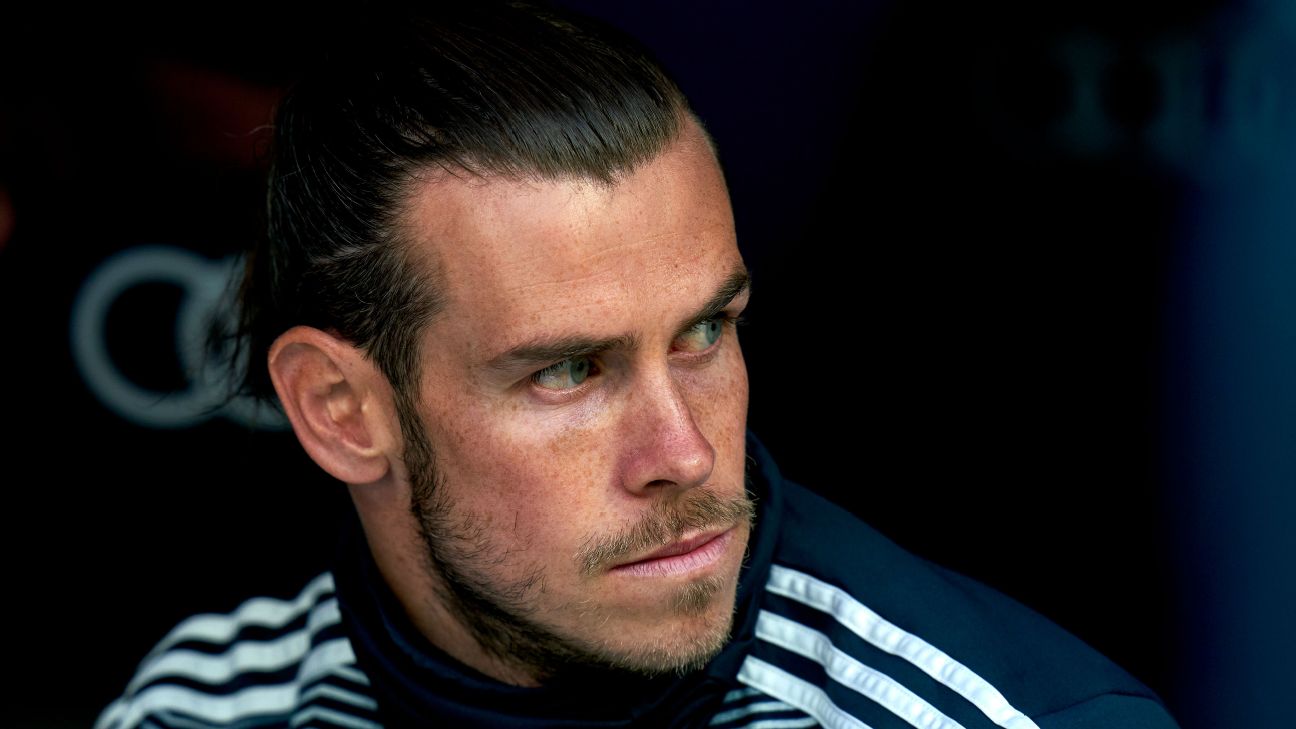 How do you solve a problem like Gareth Bale? It’s a question that nobody seems to have an answer for right now, and that includes the man himself, his Real Madrid manager Zinedine Zidane and club president Florentino Perez.

After six years with the Spanish giants following his €100 million transfer from Tottenham in 2013, the Wales international has made himself the most successful British player over on the continent having won every major honour with Real, including four Champions Leagues. He took on the challenge of mixing it with Real’s modern era galacticos, including Cristiano Ronaldo, and proved himself more than worthy of being in their company.

But it did not need Zidane’s postmatch critique following Madrid’s 2-0 defeat at home to Real Betis on Sunday, when the Real boss questioned Bale’s “day-to-day” attitude, to expose the reality of the player’s situation at the club — although Bale’s agents told ESPN FC his client is “relaxed” about the comments. Zidane is not a fan of Bale’s qualities and would happily offload him to make space in his squad, freeing up money on the wage bill to sign players more to his liking such as Eden Hazard, Kylian Mbappe and Paul Pogba.

But here is the problem: Bale will be 30 in July and has three years left to run on his contract at the Bernabeu which, sources have told ESPN FC, is worth a basic £15.5m a year. That might sound like great news for Bale, because all the financial cards are in his favour, but it also makes it almost impossible for Real to find a club to take him off their hands.

Bale has started only 79 of a possible of a possible 151 La Liga matches for Real Madrid over the last four seasons — meaning he has either only made the bench or been unavailable for nearly half their league matches. His fitness issues in recent years, when he has been troubled by a number of muscular injuries, would not stop most clubs from making a move for him because, when fit, his match-winning capabilities make him worth the gamble. But there are gambles on a player’s fitness and there are gambles on a player’s fitness when he is earning £300,000 a week and likely to be the highest earner wherever he ends up.

Manchester United have discovered that painful reality the hard way with Alexis Sanchez, who has scored just five goals in 45 unspectacular appearances for the club since arriving from Arsenal in January 2018 on a £400,000-a-week contract at Old Trafford.

Any club even considering a move for Bale this summer would have to weigh up the risk and reward of gambling on his fitness and the financial cost of luring him from the Bernabeu and it is difficult to make a case for it stacking up. And that is why the problem is one that only Real can solve. Sources have told ESPN FC that Bale is in no rush to leave Madrid. He has fought to win Zidane over in the past and succeeded to a certain extent and, although his Real future currently looks bleaker than ever, he will once again back himself to turn the tide in his favour.

If Real and Zidane want to move him on, they will have to compensate Bale for the remaining three years on his contract and make him affordable to any club interested in taking him, which is hardly palatable to an outfit looking to spend their money on expensive signings rather than pay up players they do not want. Players rarely get the full value of their remaining contract when clubs move them on but, while Real might not end up paying him £45m to get him out of the Bernabeu, the bill will still be huge.

A loan is a possibility, with Real subsidising Bale’s wages for a season or two, as they have done with James Rodriguez at Bayern Munich, but only a handful of clubs would appeal to Bale and the majority of them don’t need a 30-year-old winger with a chequered fitness record. Manchester City and Liverpool are already well-stocked with younger and less expensive options, while Barcelona are highly unlikely to be an option as a potential buyer for Real. Arsenal are now focused on younger, cheaper signings than Bale, whose Tottenham past would not fit well with him or the supporters at the Emirates, while Chelsea are also looking at a different profile of player than expensive stars.

Manchester United have pursued Bale in virtually every summer that he has been in Madrid, but sources told ESPN FC in March that he is not a target and the player himself is understood to be unimpressed by the prospect of a move to United. An emotional return to Tottenham might appeal to Bale and Spurs, but again, the financial costs of the deal and what it would do to the harmony of the dressing room is likely to rule it out. Bale also does not fit the profile of a Tottenham signing.

So that realistically only leaves Bayern or Paris Saint-Germain in terms of clubs that may appeal to Bale and also be capable of paying for the privilege of having him. But PSG don’t lack for attacking players right now and Bayern’s rebuilding process is likely to involve signing younger options than Bale. Inter Milan, with big ambition and money to spend, are an interesting outsider who could appeal to Bale, but his age, fitness record and salary threaten to make it hugely difficult for him to find a club.

So he has a problem and so do Real Madrid. A great player, with a fantastic record, but one who comes at a heavy price, unless Real are prepared to take a huge financial hit to cut their losses. It may take the whole of the summer transfer window before the problems resolves itself.