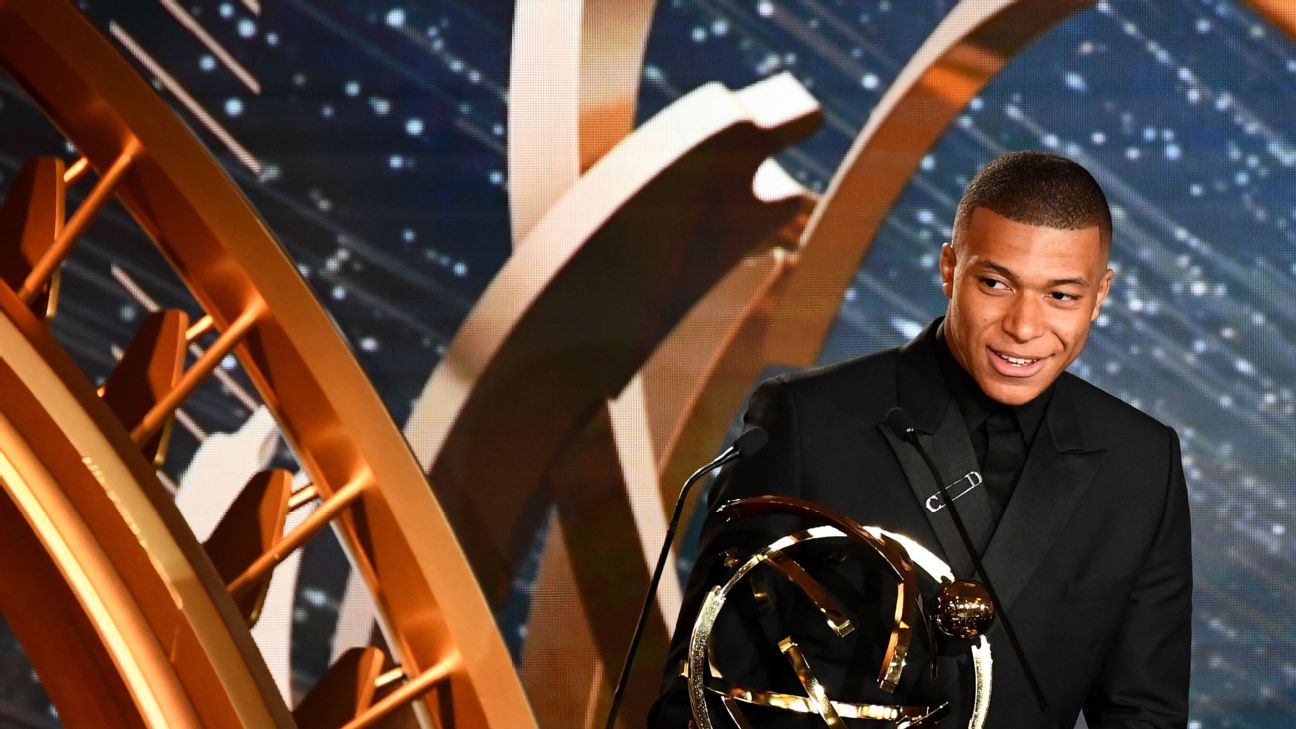 Paris Saint-Germain’s Kylian Mbappe has called his future with the French champions into question after he won the National Union of Professional Footballers’ (UNFP) Ligue 1 Player and Young Player of the Year awards on Sunday.

The France international has 32 goals and six assists from 28 matches this season and still has one final Championnat match left to prevent Barcelona’s Lionel Messi from winning the Golden Shoe by overcoming a four-goal deficit.

Mbappe, still just 20, beat off competition from the likes of teammates Neymar, who was absent from the ceremony, for the senior prize — he then made an even greater stir during his acceptance speech.

– Weah wants to play with Mbappe, Neymar at PSG
– When does the transfer window close?

“I think that it is a very important moment for me as I feel that I am approaching a first, or second, turning point in my career,” said the former Monaco man. “I have discovered a lot of things here and I feel that it is perhaps time for greater responsibility.

“I hope that it will be with PSG, which would be with great pleasure, or maybe elsewhere with a new project. However, I would like to say thank you.”

Mbappe followed that up by explaining in a mixed zone for the award winners that he knew exactly what he was doing and intended to send “a message.”

“I said what I had to say,” he said. “When you are at such an important event, you can send messages — I think that I sent mine.

“If I say more, it will become too much. It will not be the same and that is not the message that I want to send.”

Mbappe also added that he felt that it was the right moment for him to say what he said just after his double-prize success.

“If I say more, I think that it will be going too far,” he said. “I said what I had to say at the ceremony.

Mbappe is one of the youngest players to win the Player of the Year award, while his young player title is his third consecutive in that category.

The Frenchman also made it into the best XI for the season alongside teammates Neymar, Angel Di Maria, Marco Verratti, Thiago Silva and Marquinhos.

Elsewhere, PSG coach Thomas Tuchel was beaten to Coach of the Year by Lille’s Christophe Galtier, as LOSC’s Parisien-raised Mike Maignan also came out on top of Alphonse Areola in the goalkeeper field.