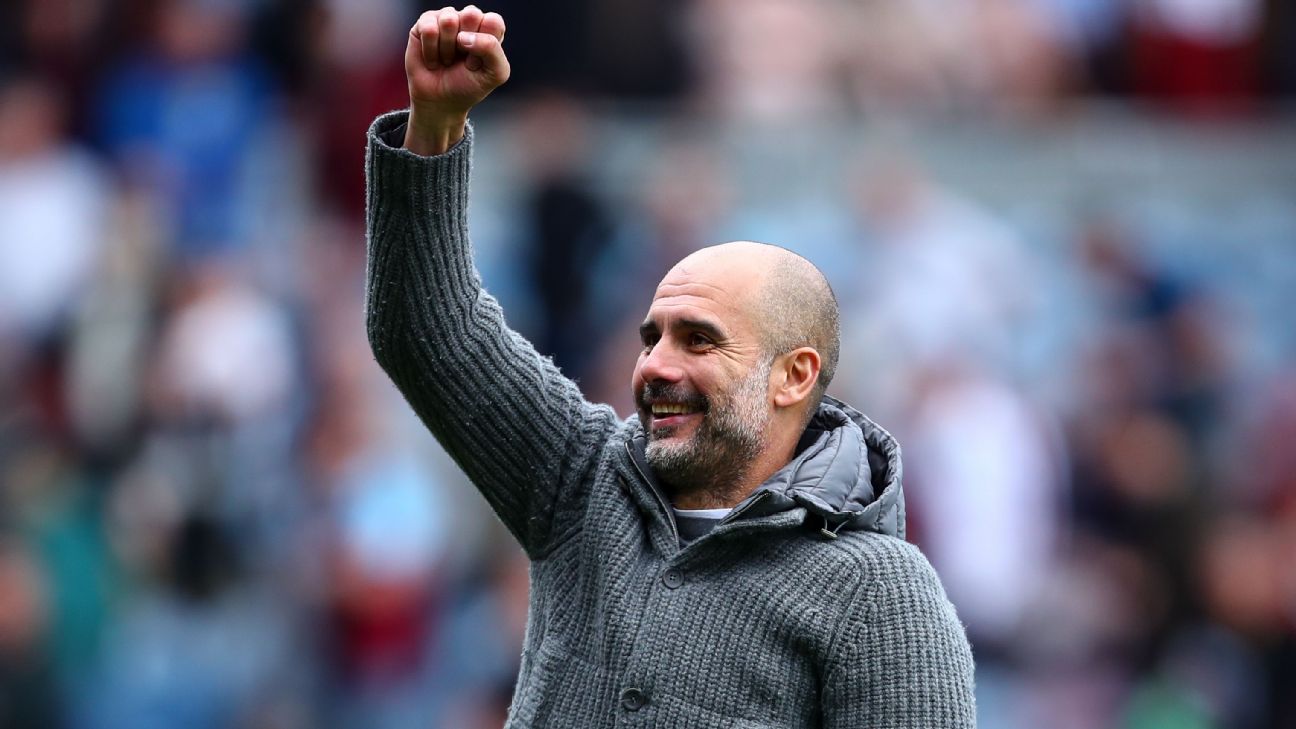 After wrapping up an unprecedented domestic men’s treble, Pep Guardiola is preparing to part with an item of clothing that has accompanied him and Man City on the road to success this season.

Indeed, City are set to auction of the grey “coatigan” worn by Guardiola on the touchlines as his team secured the FA Cup with a 6-0 win over Watford at Wembley on Saturday afternoon.

Speaking after the final, Guardiola confirmed that he planned to sell his iconic hybrid outerwear to help raise funds for charity.

“Yes I think it is for the charity. Now it is summertime so I don’t need it anymore so it is for you,” he told BBC Sport.

Details are still a little scant but it’s thought that Pep’s coatigan — perhaps the most famous cardigan in football — will be auctioned via City’s official club website in the coming weeks.

The garment reportedly costs £1,200 new and is made by Italian fashion designer Herno, who also happens to be a favourite of British prime minister Theresa May.

Make of that what you will.