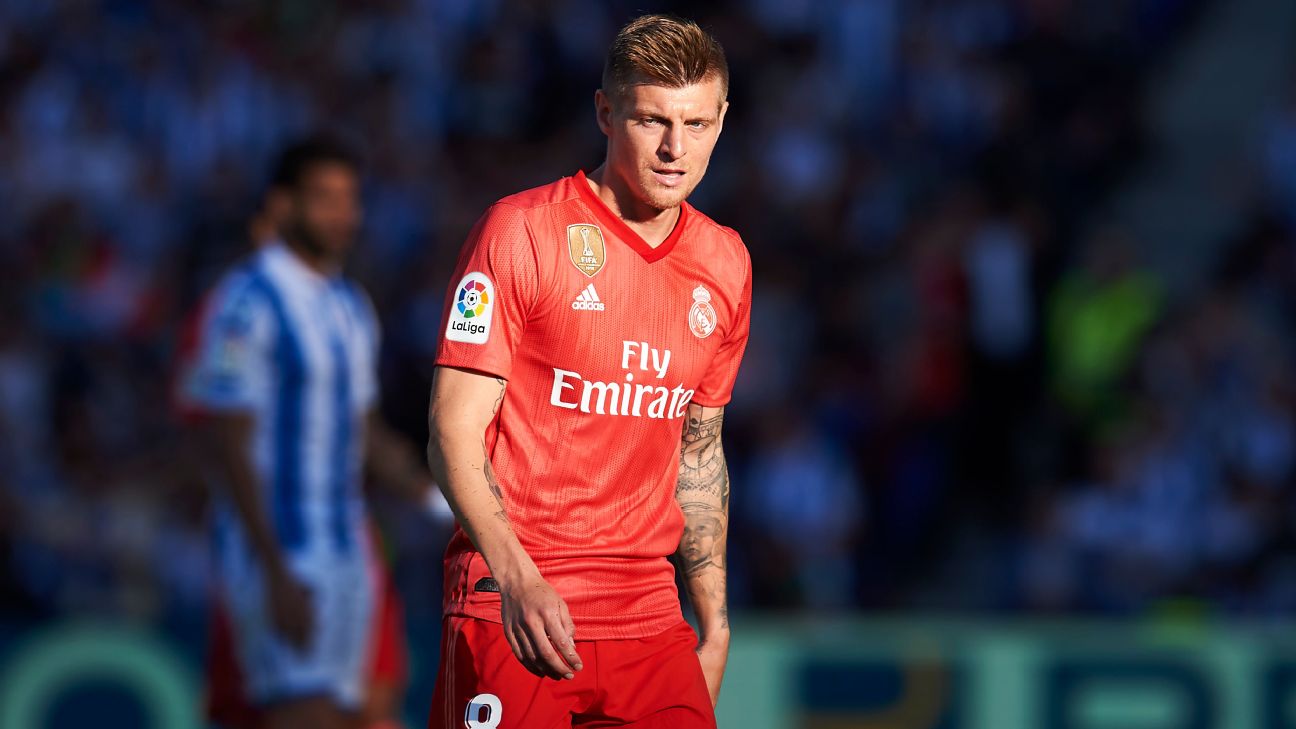 Real Madrid midfielder Toni Kroos has extended his contract up until June 2023, ending speculation over the Germany international’s future at the Bernabeu.

Kroos, 29, joined Madrid for €25 million in July 2014 and won 12 trophies including three Champions Leagues and one La Liga title in his first four seasons in Spain.

However, like many of his teammates, the former Bayern Munich man struggled during a difficult 2018-19 campaign, and was no longer an automatic starter at the Bernabeu — leading to reports he was set to leave.

“Real Madrid and Toni Kroos have agreed to extend the contract of the player, who will remain with the club until 30 June 2023,” a Madrid statement read.

The previous day, Kroos had been an unused substitute as Los Blancos finished the campaign with a 2-0 home defeat to Real Betis. The 2014 World Cup winner finished a disappointing season with just four assists and no goals.

A summer overhaul is expected under manager Zinedine Zidane and, while speculation over Kroos’ future now at an end, it remains to be seen what will happen with Gareth Bale, Raphael Varane, Marcelo, Keylor Navas and Isco.

The timing of the announcement also raises the question of which other Madrid players may also now agree new deals before heading off on holidays — with Luka Modric and Nacho entering the last 12 months of their contracts.

Karim Benzema, Sergio Ramos and youngsters Federico Valverde and Jesus Vallejo have contracts which run until 2021.