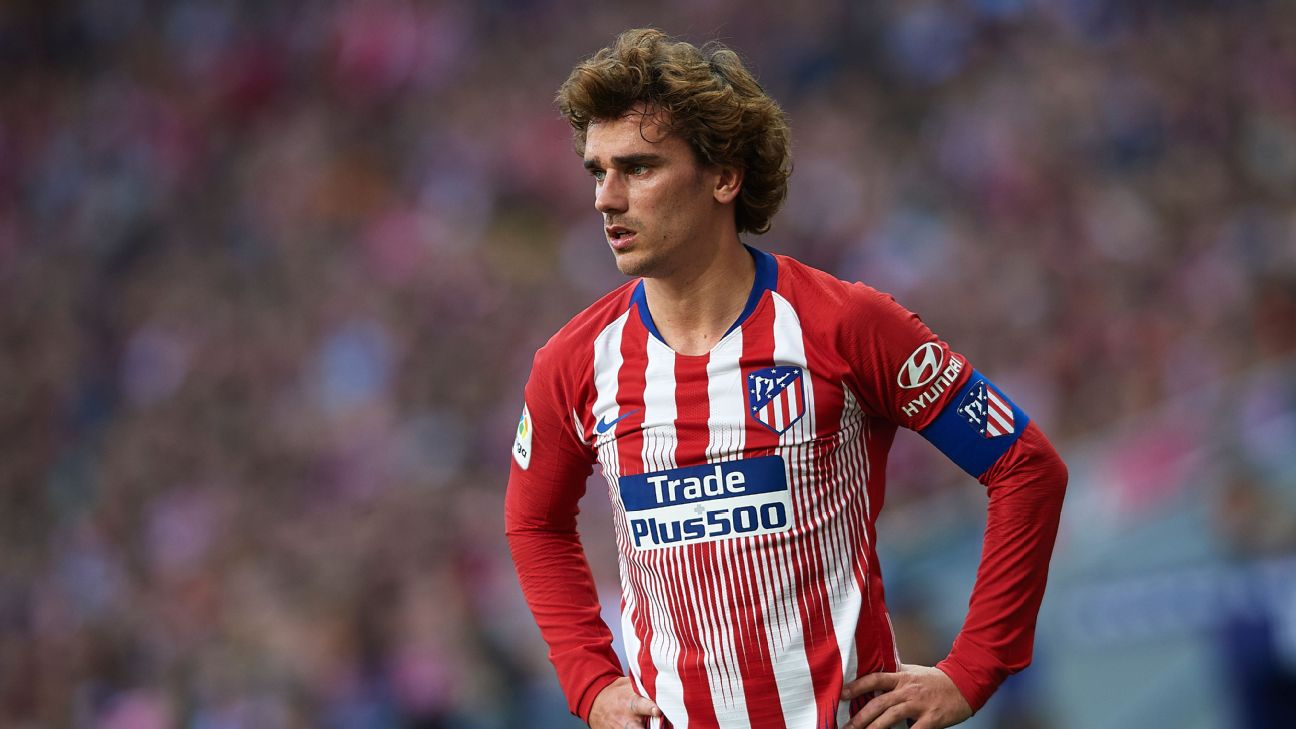 Antoine Griezmann has informed Atletico Madrid that he will leave this summer with sources confirming to ESPN FC that Barcelona are hopeful of signing him less than one year after he turned them down.

Atletico released a short statement on Tuesday revealing that Griezmann had communicated his decision to leave the club. They followed that up by posting a video of the French forward on social media explaining his decision to the supporters.

“After speaking with [Coach Diego Simeone], [CEO Miguel] Angel Gil Marin and with people in the club’s hierarchy, I wanted to speak with you, the fans,” Griezmann said. “You have always shown me a lot of love and I wanted to be the first to tell you that I’ve taken the decision to leave to see other things and take on other challenges.

“It’s been a difficult route to take, but it’s what I feel I need. Thanks for everything during five fantastic years here, where I was able to win my first big trophies. There have been some incredible moments that I will always remember. You, the supporters, will always be in my heart.”

ESPN FC first revealed in March that Griezmann wanted to leave Atletico at the end of the season. He had been offered to a number of Europe’s biggest clubs, including Barca, although the Catalans weren’t initially interested in re-opening talks to sign him after he turned them after last summer’s events.

Barca thought they had a deal in place to sign Griezmann before the World Cup and were caught off guard when, days before the tournament began in Russia, he released a documentary called “The Decision” which ended with him committing his future to Atletico. He later signed a new deal at the Wanda Metropolitano.

However, Griezmann has had a change of heart since then and Barca, after much debate among the board, have also changed their minds since the possibility of signing him re-aired in March.

President Josep Maria Bartomeu told ESPN FC last month that there were no bad feelings with Griezmann over the documentary, which he labeled “water under the bridge.” Barca have since made Griezmann, along with Ajax defender Matthijs de Ligt, one of their main targets for the summer.

The humiliating Champions League loss to Liverpool last week further enhanced the club’s opinion that they need to add fresh blood to an ageing squad.

Griezmann, meanwhile, has seen Atletico stagnate. They are on course to finish second in La Liga but came up short in the Champions League and the Copa del Rey. His closest ally in the squad, Diego Godin, also announced last week that he would leave when his contract expires in the summer. Griezmann cried at Godin’s goodbye news conference.

Barca could now negotiate a deal with Atletico. The Spanish champions had been reluctant to open talks before July 1, when his release clause drops to €120 million, due to the fact the Rojiblanco reported them to FIFA for making an illegal approach to Griezmann at the end of 2017.

But Tuesday’s announcement changes the scenario. Barca will look to negotiate a similar price to his July clause — with part of the fee made up in easily obtainable add-ons — with Atletico in order to push a deal through as soon as possible.