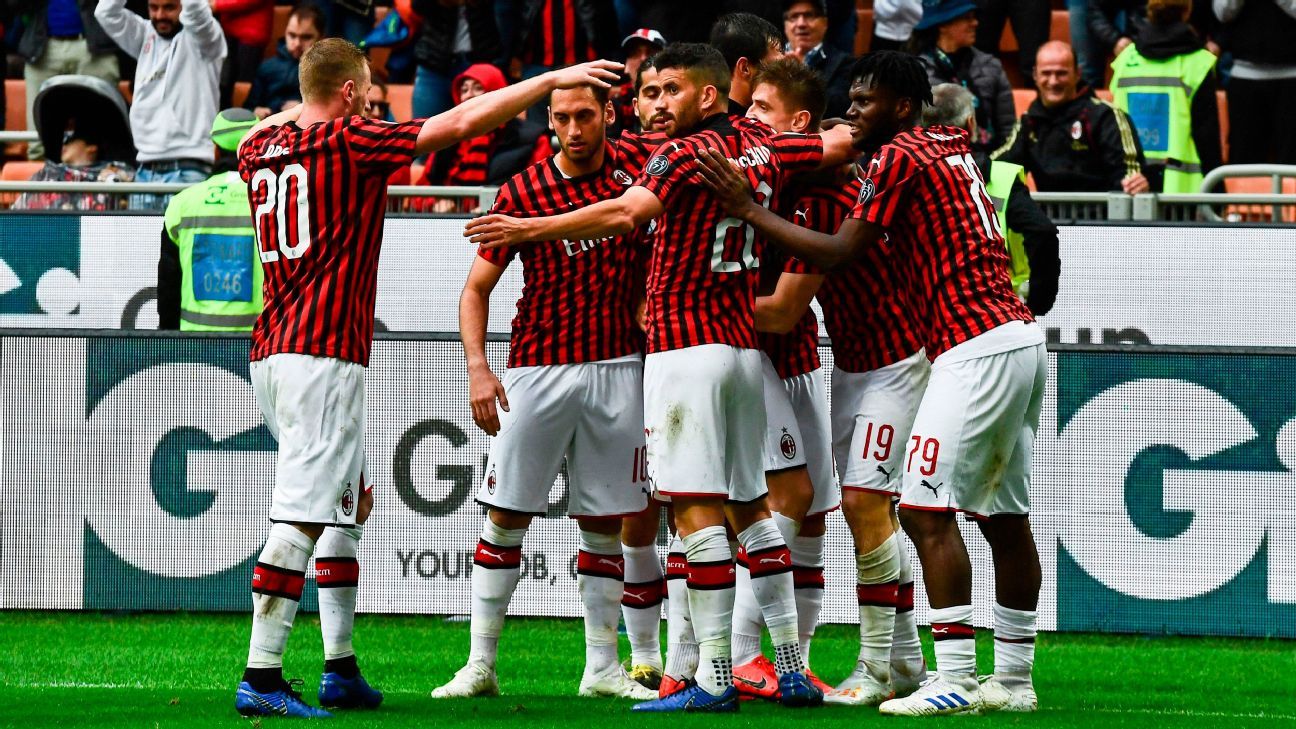 AC Milan moved into the Champions League places in Serie A with a 2-0 win at home to relegated Frosinone on Sunday.

Milan goalkeeper Gianluigi Donnarumma saved a Camillo Ciano penalty early in the second half before goals from Krzysztof Piatek and Suso secured the three points.

Gennaro Gattuso’s side are level with Atalanta on 65 points but occupy fourth place due to their superior head-to-head record, while they are one point behind rivals Inter Milan in third.

However, Atalanta and Inter are yet to play this weekend and could restore a cushion when they face Juventus and Napoli respectively later on Sunday.

The result also means Milan are mathematically assured of at least Europa League football next season, as they are five points clear of seventh-placed Torino with one round remaining.