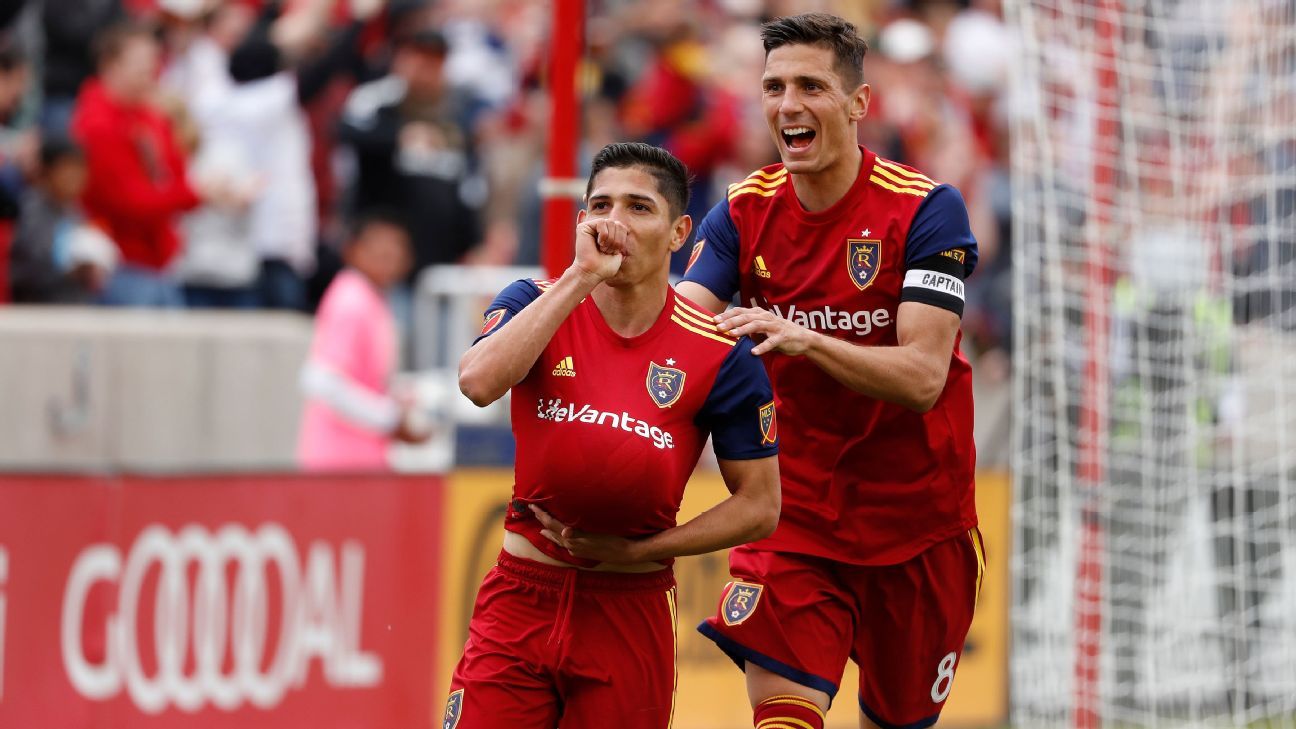 Jefferson Savarino added a late score as RSL (5-6-1, 16 points) won its second consecutive game and picked up a victory for the fourth time in its past six contests.

As the frustration built for Toronto FC, Alejandro Pozuelo earned a red card for a right foot to the knee of Saucedo following a late tackle. The dismissal came in the 61st minute, one minute after Savarino gave RSL a 3-0 lead.

RSL’s play Saturday helped to re-establish its dominance at home where it is 3-2-0 this season. Last year, RSL earned its way into the MLS Cup playoffs in large part due to an 11-2-4 home record in the altitude of its home city.

Toronto FC (5-5-2, 17 points) was shut out for the second consecutive game, but unlike Wednesday’s game at home that ended in a 0-0 tie against D.C. United, it did not control the run of play this time. The Reds took 36 shots on goal against D.C. United, but had 10 against RSL.

With just one victory in the month of May, Toronto FC saw its winless streak extend to four games. They have been outscored 7-1 in that stretch.

In his return from a knee injury, RSL veteran goalkeeper Nick Rimando made three saves in his second shutout of the season. Rimando played his first game since a 2-1 victory on April 13 over Orlando City.

Kreilach gave the host team a 1-0 lead in the 14th minute when he knocked down a centering pass from Albert Rusnak with his chest and forced his way through two defenders to take the shot from the left of the penalty spot. It was his third goal of the season.

Saucedo’s first goal of the season was a one-man show as he took the ball along the left sideline in the 28th minute, worked his way forward 20 yards, cut across to the center of the field and fired a shot to the bottom right of the goal from outside the penalty area.

Savarino completed the scoring with his second of the season in the 60th minute after taking a long pass from Saucedo. He shook off one defender to score past Toronto FC goalkeeper Quentin Westburg.