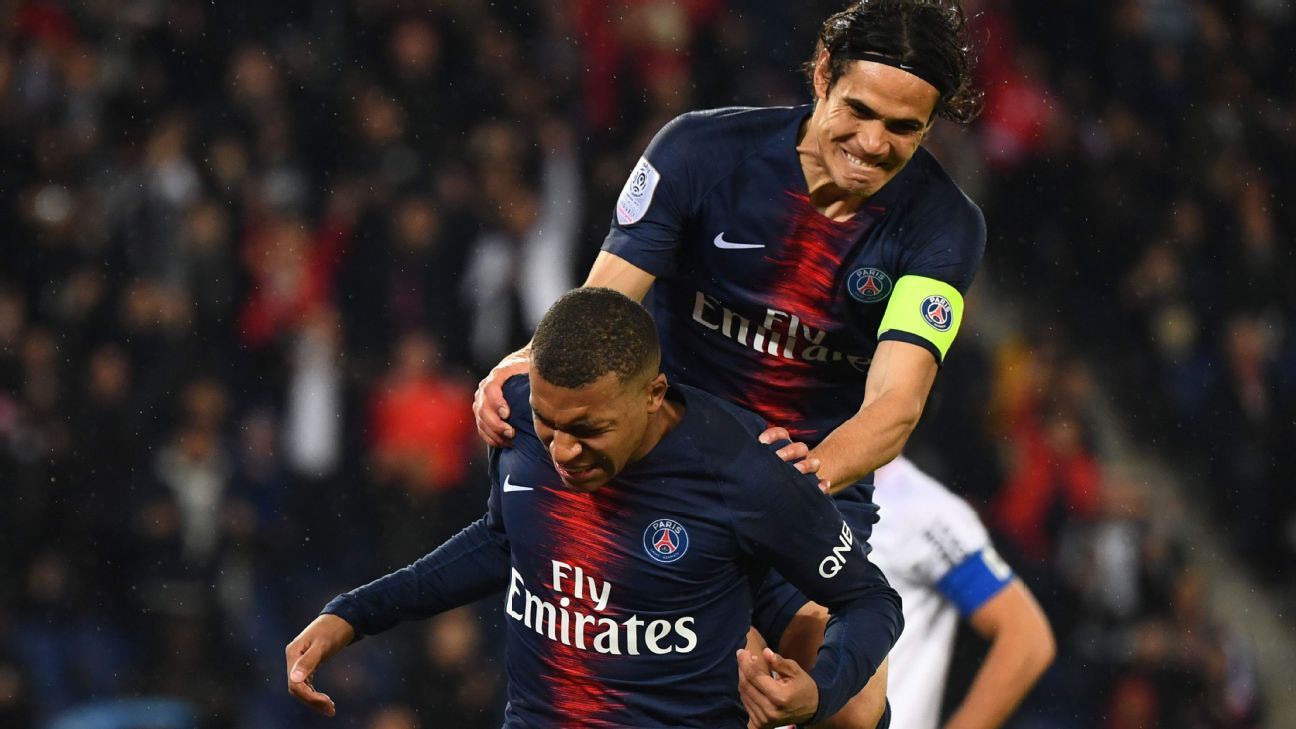 Before being presented with the Ligue 1 champions’ trophy at the Parc des Princes, PSG thrashed Dijon with goals by Angel Di Maria and Edinson Cavani, and a Kylian Mbappe double.

Di Maria opened the scoring with a fine curling shot before setting up Cavani and Mbappe added a third from close range before halftime.

PSG were without Brazil forward Neymar, who was suspended for hitting a fan following their defeat in the French Cup final by Stade Rennais.

The 20-year-old Mbappe scored again in the second half, becoming the first French player to net 32 goals in Ligue 1 since Philippe Gondet’s 36 for Nantes in the 1965-66 season.

Dijon will go into the relegation playoffs as a result of the loss.

Sources: Ronaldo has not agreed Al-Nassr move
Follow live: Messi, Argentina face Dutch in quarterfinal showdown
England beat Senegal to set up clash with France
Pele responding well to treatment for respiratory infection – hospital
What’s it like to take a penalty at the World Cup? ‘No joy, just pure relief’