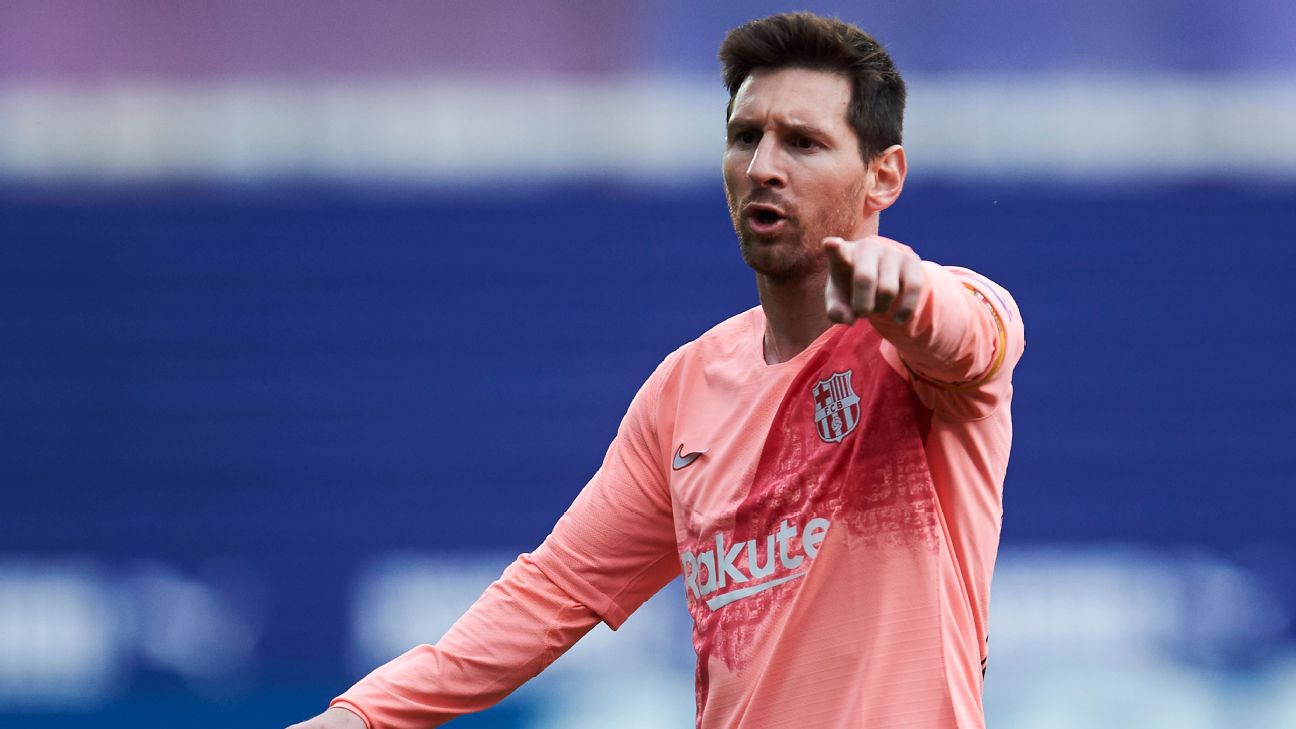 Lionel Messi scored twice as Spanish champions Barcelona ended the La Liga season with a 2-2 draw at Eibar on Sunday. Ernesto Valverde’s side ended the campaign 11 clear of their nearest challengers, Atletico Madrid, in a season marred by a shocking Champions League exit to Liverpool in the semifinals that took some of the gloss off their runaway league title win.

There was nothing for either team to play for on the pitch but Messi is still in a race for the European Golden Shoe. His brace took him onto 36 league goals for the season, which should be enough to see him claim the prize for the third year in a row. His nearest challenger, Paris Saint-Germain’s Kylian Mbappe, has 32 and just one game to go, away at Stade Reims on Friday.

It was also a good afternoon for La Masia. Carles Perez came off the bench to become the eighth Barca B player to make their debut under Valverde this season. On the Eibar side, Marc Cucurella impressed on the left again — as he did against Real Madrid earlier in the campaign. He is on loan at the Basque side from Barca, who have to decide whether they want to bring him back next season as competition for Jordi Alba.

Jasper Cillessen made a third-consecutive league start for Barca but the Catalans will fear his performance could hit them in the pocket. The Dutchman wants to leave this summer and Barca want €30 million for him. However, he could have done better with both goals and potential suitors may use that as a bargaining tool.

There was also more bad news on the injury front ahead of next weekend’s Copa del Rey final against Valencia. Luis Suarez is already ruled out of that game and Ousmane Dembele is unlikely to make it. Arthur Melo and Philippe Coutinho are also racing against the clock to be fit. Now there are worries about Nelson Semedo, too. The right-back was taken off at half-time after taking a knock to his head.

Manager Rating out of 10

5 — Valverde picked the strongest side available in search of some rhythm ahead of next week’s cup final. Some may complain that he should have given chances to the younger players — like Carles Alena and Riqui Puig — but his priority, after the Champions League elimination, is making sure Barca beat Valencia and win a domestic double for a second successive season.

Player ratings (1-10; 10=best. Players introduced after 70 minutes get no rating)

GK Jasper Cillessen, 5 — Made some good saves but his performance will be remembered for the Eibar goals. Got a hand to Cucurella’s shot but let it slip through his body and then made a mess of a clearance to allow Pablo de Blasis to score from distance.

DF Nelson Semedo, 5 — Picked up an injury in the first half and struggled until he was taken off at half-time. Barca have since confirmed he’s been taken to a local hospital for further tests on a head injury.

DF Gerard Pique, 6 — Switched off occasionally in defence but didn’t miss the chance to get forward. Forced a decent stop from Marko Dmitrovic in the second half.

DF Clement Lenglet, 6 — The pick of Barca’s back four defensively. Stuck to his task well and should start the Copa del Rey final ahead of Samuel Umtiti.

DF Jordi Alba, 6 — Found space down the left but couldn’t find his teammates in the box. Delivered some really good balls but with Suarez absent there was no one to get on the end of them.

MF Sergio Busquets, 6 — Played some nice passes before being taken off early in the second period for a breather ahead of the Copa del Rey final.

MF Arturo Vidal, 7 — Has been Barca’s best midfielder in recent weeks. Not just because of the energy he brings to the team, but also because of his ability on the ball. Produced a lovely pass to set up Messi’s first goal.

MF Ivan Rakitic, 6 — Sloppy in possession at times but brilliantly picked out Messi’s run through the middle to create Barca’s second goal.

FW Sergi Roberto, 5 — Played in a more advanced role in the absence of so many attackers but was unable to offer a spark in the final third.

FW Lionel Messi, 8 — Didn’t have to be at his best to be Barca’s best player. Two brilliantly taken goals in three first-half minutes took his tally for the season to 50 in all competitions. Would have had an assist, too, but for a Malcom miss.

FW Malcom, 5 — After some encouraging performances earlier in the season on the rare occasions he was given minutes, he has flattered to deceive in recent weeks when playing more regularly. Missed a great chance to make it 3-2 in the second half after a clever Messi through ball.

DF Moussa Wague, 6 — The Senegal full-back looked at home in the first team once again after coming on for Semedo at the break.

MF Carles Alena, 5 — Unable to really get involved in the game after replacing Busquets with 30 minutes to play.