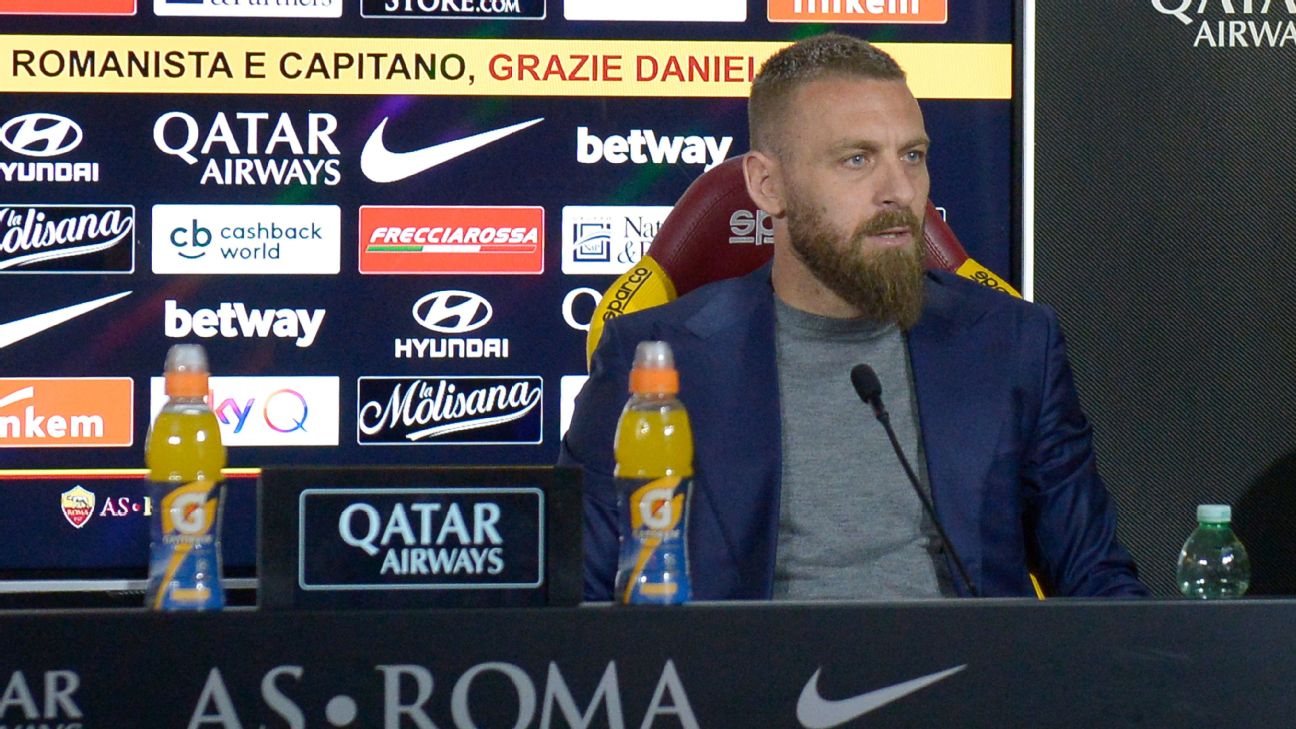 Roma fans are staging a protest in front of their club’s headquarters on Friday in response to the decision not to extend Daniele De Rossi‘s contract.

Fans from the Curva Sud of the Stadio Olimpico, where Roma’s hardcore fans take their place for home matches, had called on “anybody who feels their spirit has been betrayed” to congregate at 3 p.m. CET in front of the club’s headquarters for a protest.

An estimated 300 supporters attended the protest, where they chanted for owner James Pallotta to “sell” the club.

“DDR [Daniele De Rossi] is only the latest in a long line of unclear behaviour toward those who love these colours,” a statement read. “We cannot just stand and watch as our values, our fundamental points and our certainties are erased.

“Enough is enough. Romanisti [Roma supporters] are taking to the streets to make themselves heard.”

Roma fans around the world have been protesting the club’s decision not to extend De Rossi’s contract, with banners appearing in London, New York and even Sydney criticising the club’s United States-based president Pallotta and his London-based right-hand man Franco Baldini.

De Rossi, 35, has been on Roma’s books for 18 years, but speaking to the several hundred fans who descended on the club’s Trigoria training centre on Wednesday, he said he has accepted the club’s decision and will not change his mind even if they respond to the protests and offer him a new deal.

Manager Claudio Ranieri joined De Rossi in placating the angry fans at Trigoria and he later criticised the way Roma had dealt with the Italian midfielder’s future.

“With Daniele, being the captain and an historic figure here, it should have happened in a different way,” he said at a news conference. “Certainly for a figure as big as the Roma captain, and with the Roma fans having such an unbounded love for Roma, a bit more careful consideration may have suggested a different behaviour.

“I am the coach and if I’d been asked as the coach what to do with De Rossi, I would have said that we need to hold onto him because I know what a player, what a man and what a captain he is.”

De Rossi is set to make his last appearance in a Giallorossi shirt at the Stadio Olimpico on May 26 when they host Parma in their final Serie A fixture of the season.