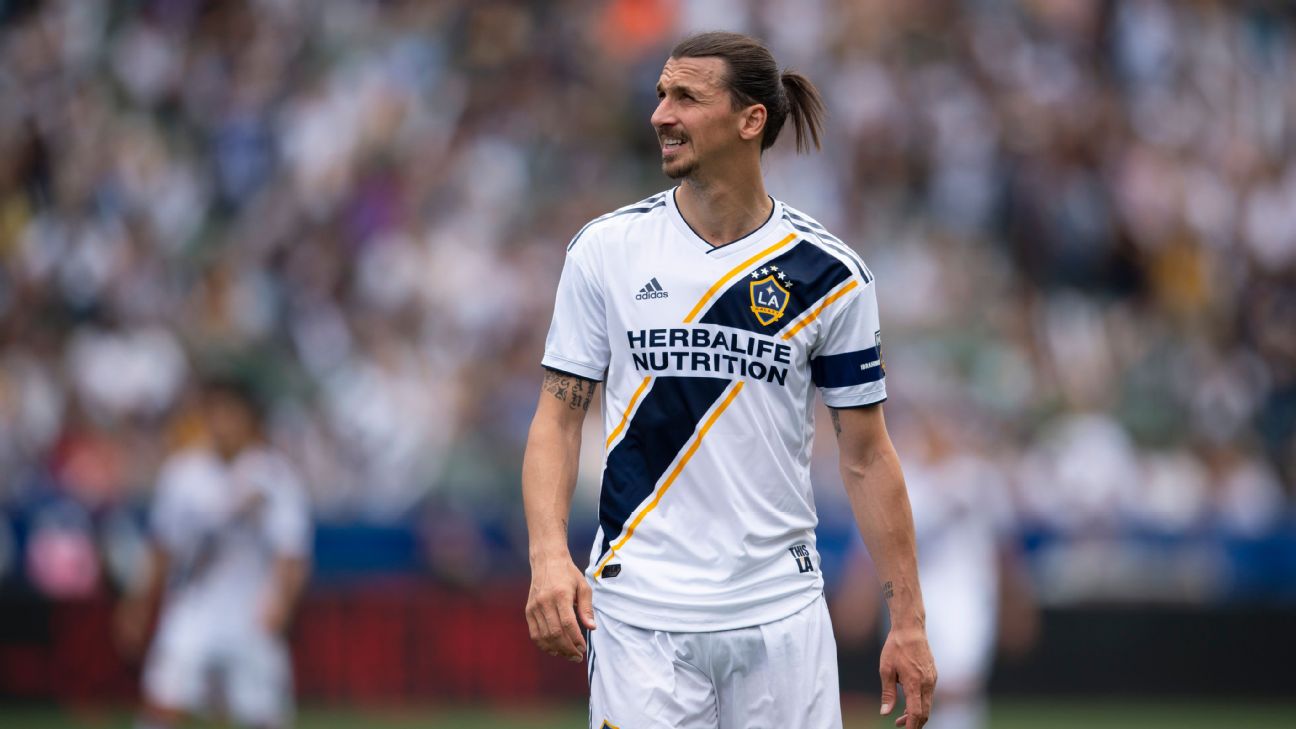 The 37-year-old was also fined an undisclosed amount.

Ibrahimovic will miss Sunday’s home game against the Colorado Rapids, as well as the May 24 match at Orlando City. The Galaxy are attempting to halt a three-game losing streak. Ibrahimovic is second in MLS with nine goals in 10 games this season to go along with two assists. Carlos Vela leads the league with 13 goals in 13 games.

– Carlisle: Does MLS have a double standard for Ibrahimovic?
– Ibrahimovic calls on MLS to do away with video review

The incident took place in the 86th minute, following a sequence in which Ibrahimovic hit the crossbar with a shot and the rebound attempt was put over the goal by Chris Pontius. NYCFC keeper Sean Johnson bumped into Ibrahimovic after the play was over, with the Galaxy forward turning around and grabbing Johnson by the neck before both players fell to the ground. Both players were cautioned and after the final whistle continued jawing with one another.

The confrontation with Johnson is just the latest incident in which Ibrahimovic has been at the center. He was recently fined an undisclosed amount for diving in the May 8 defeat to the Columbus Crew.

The former Manchester United and Milan player also made news the prior weekend for alleged verbal threats and a post-match confrontation with Real Salt Lake defender Nedum Onuoha.