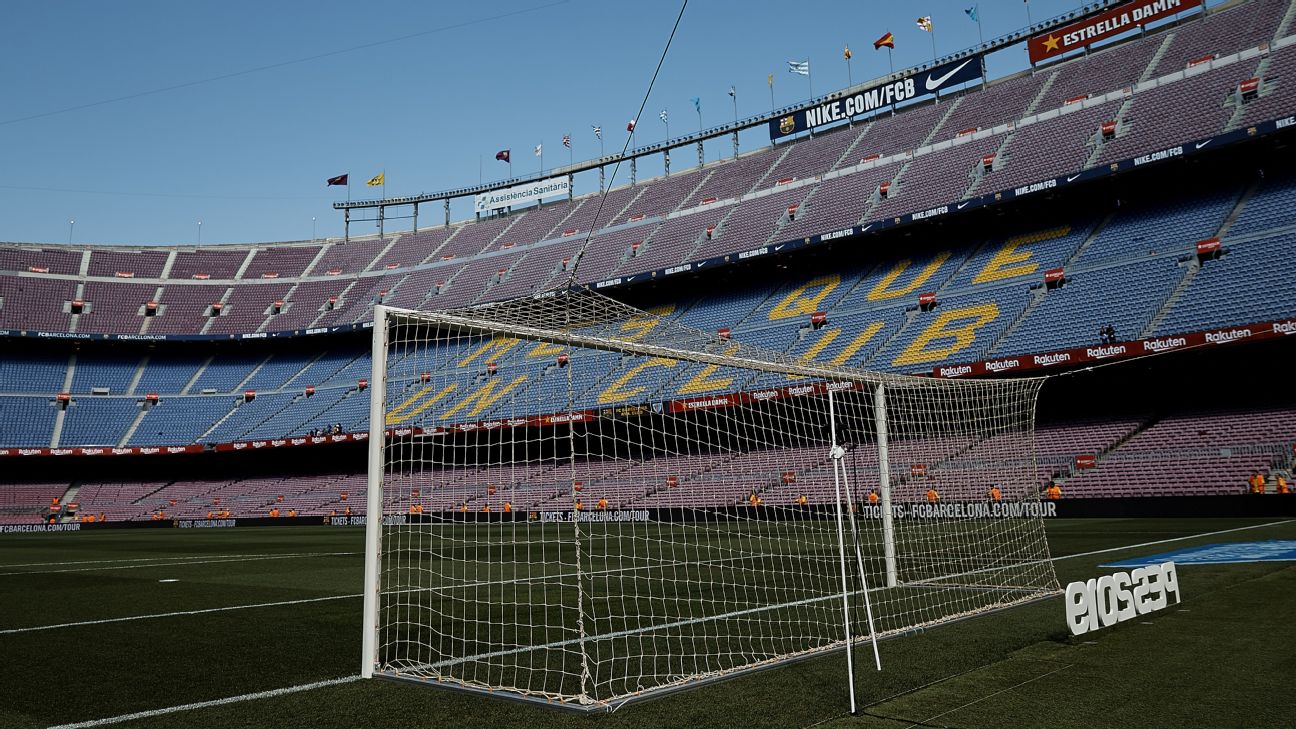 Barcelona’s Camp Nou pitch will be put to a different use when it hosts a Super League game between Rugby League clubs Catalans Dragons and Wigan Warriors on Saturday.

The match could result in damage to the playing surface, but Barcelona are not due to play there again until friendly matches against Cherlsea and Vissel Kobe are played in July.

The meeting between Catalans, based in Perpignan, France, and English side Wigan came about after Barca chairman Josep Maria Bartomeu watched the Dragons’ Challenge Cup final win at Wembley last year.

Bartomeu also invited the victorious players to parade their trophy at the Camp Nou at half-time in Barca’s Catalan derby against Girona last September.

Dragons chairman Bernard Guasch told Forbes Bartomeu had been “surprised to see a lot of Catalan flags in the stands and to hear the Catalan anthem Els Segadors sung. Catalan culture is something really important at Barcelona, and in particular for their chairman.”

Officials hope around 30,000 people will attend the match in the 99,354-capacity stadium, breaking the Super League attendance record.

The two clubs have previously faced each other at Millwall’s Den, playing there in 2015 and attracting a crowd of 8,000.