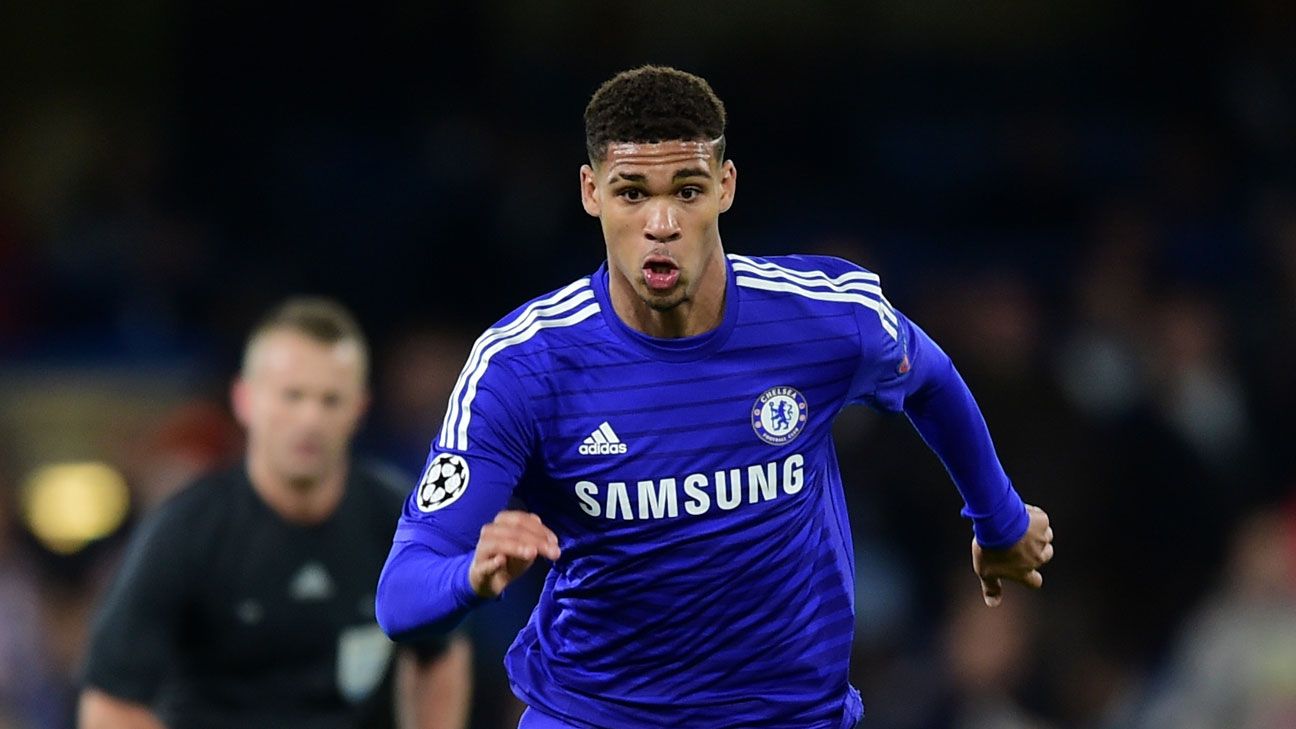 Ruben Loftus-Cheek suffered a serious injury to overshadow Chelsea’s 3-0 win over New England Revolution at Gillette Stadium in Foxborough, Massachusetts in a friendly branded the “Final Whistle on Hate.”

In front of the watching Roman Abramovich, Loftus-Cheek had to be helped from the field by Chelsea medical staff in the 68th minute after appearing to have his heel trodden on by a Revolution player, leaving him unable to put any weight on his left leg.

With only 13 days until Chelsea face Arsenal in the Europa League final, Loftus-Cheek’s injury leaves his participation in significant doubt and adds to the concerns of head coach Maurizio Sarri, who is already sweating on the fitness of N’Golo Kante (hamstring) ahead of the match.

– When is the 2019 Europa League final?
– EXCLUSIVE: Loftus-Cheek wants to grow into a Chelsea leader

Sarri admitted last weekend that Chelsea’s trip to the United States was problematic for his Europa League final preparations, and the match against the Revolution was also played on a sub-standard pitch at Gillette Stadium.

Abramovich, who has not been seen at Stamford Bridge since having an application to renew his visa rejected by the UK government last year, witnessed goals from Ross Barkley and Olivier Giroud in a comprehensive Blues victory that never looked in doubt.

The match raised more than $4 million for projects aimed at tackling anti-Semitism around the world, with Abramovich and Revolution owner Robert Kraft each personally donating $1 million to the cause.

Sarri picked a strong starting XI that included the likes of Eden Hazard, Jorginho and David Luiz, with the Brazilian wearing armband while regular captain Cesar Azpilicueta was given a rest for the first half.

The gulf in class between Chelsea and the Revolution — who sit bottom of the MLS Eastern Conference and sacked manager Brad Friedel last week — was immediately clear, and it took less than three minutes for Barkley to pounce on a poor attempted clearance in the penalty area and whip a shot inside the post.

Pedro Rodriguez was Chelsea’s most threatening player on the right flank, with Eden Hazard reluctant to shoot from the left despite frequently exciting the crowd of 27,329 at Gillette Stadium with his skill.

Chelsea’s lead doubled in the 29th minute after good work from Hazard and Pedro in transition, culminating in an overlapping Davide Zappacosta crossing for Giroud to head in from close range.

Gonzalo Higuain replaced Giroud as one of five substitutions at half-time and almost found a Chelsea third in the 54th minute, when his fierce shot was superbly tipped onto the crossbar by Brad Knighton after a Zachary Herivaux mistake presented the ball to the Argentine in the box.

A third goal did eventually arrive eight minutes later, as Higuain hammered Willian’s low corner goalwards and the ball took a kind deflection off the unwitting Barkley before nestling in the far corner.

The final minutes were marred by concern over Loftus-Cheek’s injury, but Chelsea academy prospects Conor Gallagher, Reece James and Trevoh Chalobah were brought on by Sarri as his team coasted to the final whistle.

Chelsea fly back to London on Thursday and will enjoy two days off before beginning preparations at Cobham for the Europa League final, when Sarri will be hoping for good news about Kante and Loftus-Cheek.