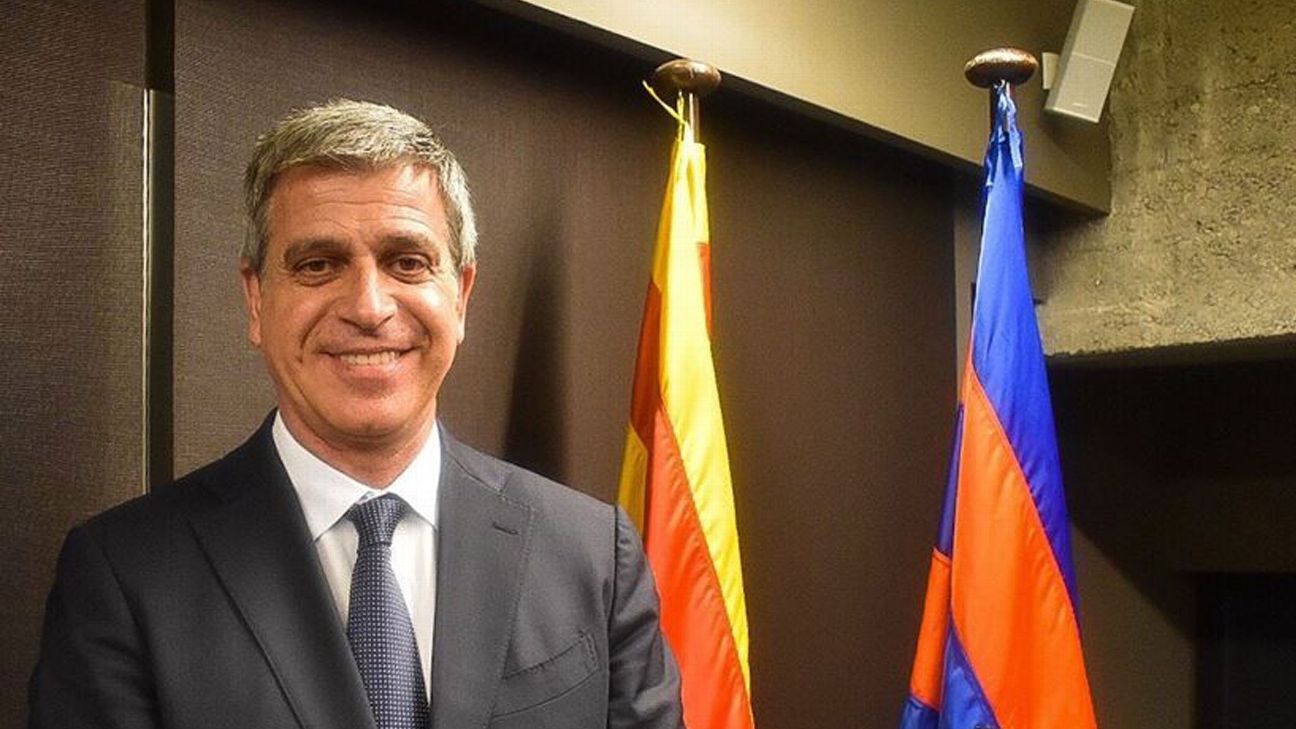 Barcelona vice president Jordi Mestre has challenged Real Madrid to finally start their own women’s team to help grow the game in Spain.

Barca are underdogs for Saturday’s Women’s Champions League final against Lyon in Budapest, and Mestre believes the game must improve domestically if clubs are to be competitive in Europe.

La Liga winners Atletico and runners-up Barca ended 21 points ahead of nearest challengers Levante this season. Bringing Madrid — one of the few big European clubs still without a women’s side — on board would represent one way of improving the league, according to Mestre, who says a women’s Clasico would boost the competition and help generate even more interest.

“It’s obvious that the league can be improved,” Mestre told ESPN FC. “In fact, we know the federation are already going down that path. A lot of games are on television now which weren’t before. That brings more visibility and more interest in terms of the public, sponsors and everything else.

“On a sporting level, it must be said that there are teams that have worked really hard on their women’s sides: Athletic Bilbao, Real Sociedad, Atletico. So there is competition there. But it’s a shame — from my point of view — that Real Madrid, as a club, do not have a team.

“There’s a team called Madrid but it’s nothing to do with the club. I think it would be really good for women’s football. It would add the competitiveness of the Clasico. There are already a lot of Primera Division sides with a women’s team. A Clasico would surely generate a lot more interest as well.

“I think for women’s football it would be a huge attraction. But each club has their own projects and their own strategy. If Real Madrid don’t have a women’s team at the moment, I suppose it’s because they don’t consider it an interesting project.”

Even without Madrid, it’s been a good year for the women’s game in Spain. The fixture between Atletico and Barca in March set a new world record attendance for a women’s club match with 60,739 fans filing into the Wanda Metropolitano.

Athletic Bilbao and Espanyol have also posted attendances of over 20,000, while 13,000 supporters were at the Mini Estadi last month to see Barca beat Bayern Munich to become Spain’s first-ever representative in the Champions League final.

There were calls for Barca to play that game at Camp Nou but Mestre said the club has to remain “realistic.”

“Keeping in mind the average attendance at the Mini is usually between 1,000 and 1,500, it’s a little utopian to then go for 70,000 or 80,000,” he said. “The priority was to have a full stadium, create a party atmosphere and an environment that favoured our team.”

Barca will play at the newly built Johan Cruyff stadium from next season and continue to make huge strides forward in other areas. The team is now self-sustainable thanks to a sponsorship deal with Stanley, having turned professional in 2015 on resources from other areas.

Down the line, they plan further investment in their academy and are looking at launching a franchise in the United States.

For all their hard work, though, they still have a way to go on the pitch to catch up with French champions Lyon, who have won the Champions Leagues five times in the last eight years — including in each of the last three seasons.

“It will be a historic occasion for the club,” Mestre added. “Just to get to the final, let alone if we win it or not, is a huge success for a team that until recently wasn’t even professional. To be in the Champions League final against teams with much bigger budgets is massive.

“It’s going to be very difficult. Not just because of Lyon’s budget, but because of the experience they have in Europe and in finals. It’s not that we’re going into as victims — anything can happen — but we’re very aware of Lyon’s potential.”

Luis Enrique out as Spain boss after Morocco loss
Messi: Relief, not celebration, after 1,000th game
Everything you need to know about Goncalo Ramos, the man who replaced Ronaldo and Nunez
World Cup Best XIs: Our writers pick their stand-out teams so far
World Cup quarterfinals preview: What to know about each team, predictions, schedule and more