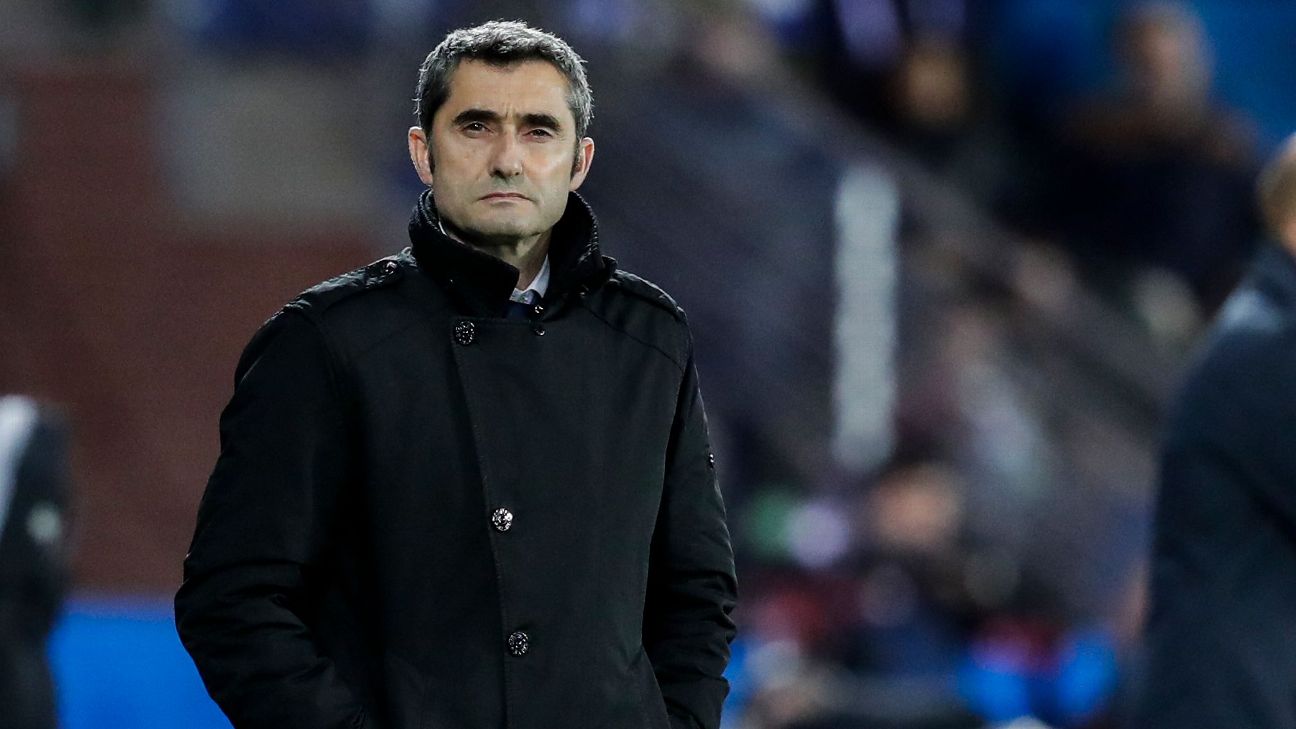 Barcelona president Josep Maria Bartomeu has appeared to confirm boss Ernesto Valerde will be staying next season, and labelled the ex-Athletic Bilbao coach the “manager we want.”

Pressure had risen on Valverde after Barcelona let a three-goal lead slip for the second consecutive season to crash out of the Champions League — last season against Roma and this time at Liverpool.

However, Bartomeu said the club’s plans for next season include having Valverde as manager.

“Valverde already said the other day in a press conference that he has the support of the president and the board,” Bartomeu told reporters. “He is the manager we want.

“We renewed him recently. We know that the projects are not short-term. Project are for medium and long-term.”

Pressed again on whether the manager would stay, Bartomeu replied: “Ernesto Valverde already said in the press conference. This is a medium and long-term project. He has a contract and we are very happy with him.

“We have won La Liga, we reached the Champions League semifinals and we have the opportunity to win the Copa del Rey final. He has a contract. Now it’s time to speak about the Copa del Rey and for the players to recover from the blow to their morale.”

Should Barcelona beat Valencia in the Copa del Rey final on May 25, it would be their fifth consecutive success in the tournament and fourth double in five years — and Bartomeu said Valverde’s future will not be determined by the outcome of the clash at Benito Villamarin Stadium.

“The planning for next season is already underway, and has been for some time,” Bartomeu added. “Some players have already signed and we will keep having talks after the [Copa del Rey] final.

“[The final] is not the deciding factor [on whether Valverde stays]. The main objective is the league and then we want the Copa or the Champions League. It’s been a magnificent season; we’ve won [the league] with games to spare. We all want more.

“Now we’ve got the Copa final and we’re coming off the back of a damaging defeat. Now it’s about recuperating the support, the excitement, the will to compete and we’ve still got a week of training left.”

Eto’o filmed in altercation outside WC stadium
USMNT out of up after rounWorld Cd of 16 loss
Saka on Mbappe comparison: ‘There’s only one’
FIFA could abandon 3-team groups for 2026 World Cup
Follow live: Portugal look to book a quarterfinal spot as they take on Switzerland in round-of-16 clash