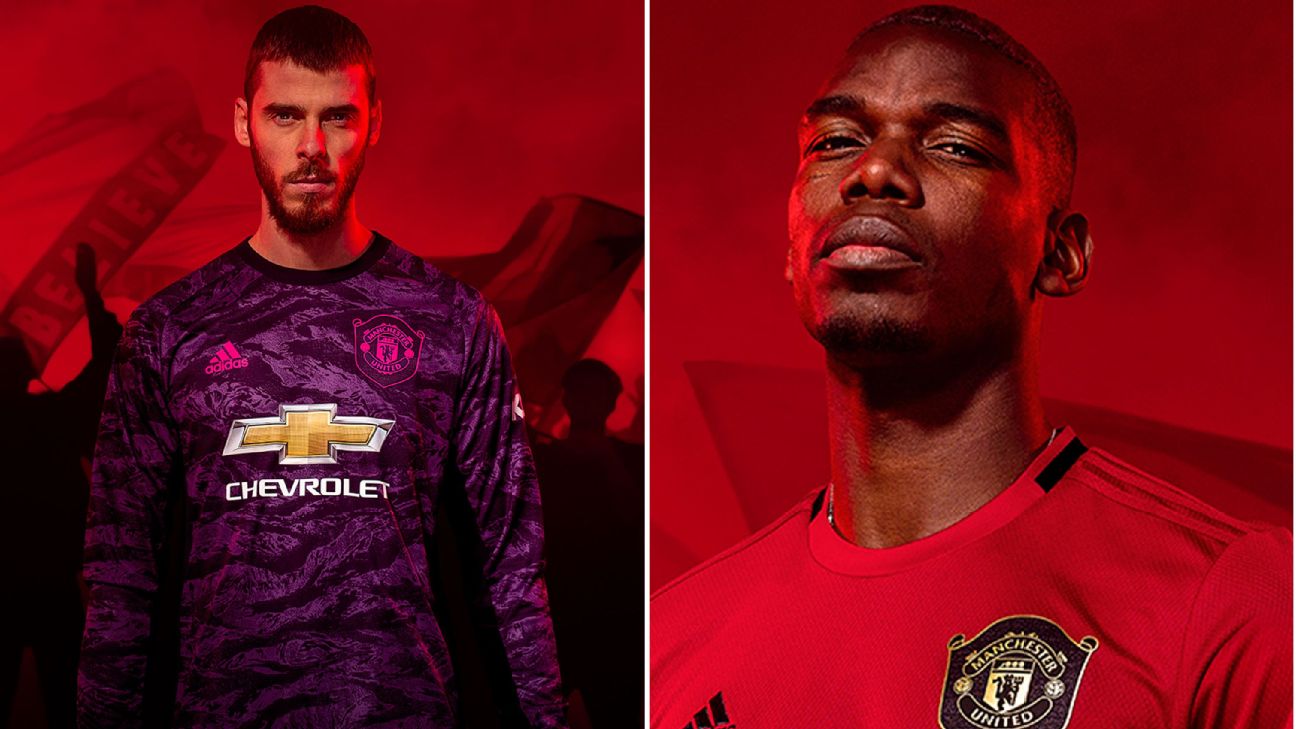 Manchester United have harked back to a more successful era as inspiration for their new 2019-20 home kit. With the present not the brightest and the future unsure, you can hardly blame them.

Ably modelled by Paul Pogba and David De Gea — both of whom have been repeatedly linked with summer exits — the new strip features an all-new United crest that pays homage to the Treble-winning vintage of 1999.

To mark the 20th anniversary of that fabled night in Barcelona, United have reworked their famous old badge in black and gold.

– How United fans can avoid watching rivals in finals
– #UnfollowManUnited: Fans’ social media protest
– What you may have missed on Premier League’s final day

The red kit also features on the sleeves the precise minutes (91′ and 93′) in which Teddy Sheringham and Ole Gunnar Solskjaer scored to break Bayern Munich hearts in stoppage time of the 1999 Champions League final.

De Gea’s goalkeeper shirt is a swirling pink and purple effort that takes pointers from the similarly lurid jerseys worn by predecessor Peter Schmeichel during the halcyon days of the 90s.