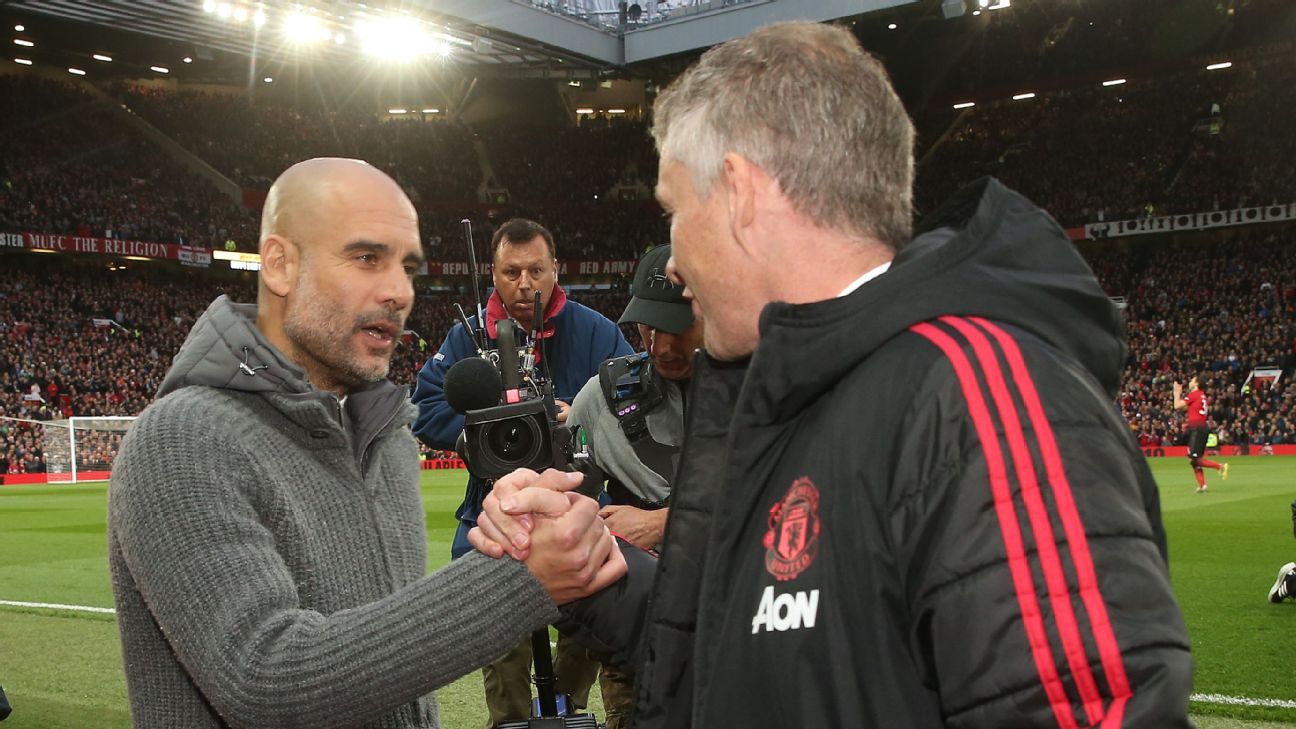 Manchester United are relying on a favour from rivals Manchester City to avoid a summer of chaos.

Ole Gunnar Solskjaer’s side finished sixth in the Premier League and face a Europa League qualifier on July 25 unless City beat Watford in the FA Cup final on Saturday.

– When is the FA Cup final?
– When are the Premier League fixtures released?
- Champions League draw pot possibilities for Prem clubs

The early start to the season would play havoc with a preseason schedule that is already in place, including friendlies in Australia, Singapore, China and Cardiff.

United are set to play Tottenham in Shanghai on July 25 — the same day as the potential Europa League second qualifying round first leg.

If City can complete the final leg of their domestic treble, United will enter the Europa League in the group phase. If not, they will have to play on six consecutive Thursdays — in the second qualifying round, third qualifying round and play-off round — before being entered into the draw for the group stage on Aug. 30. The first group games will be played on Sep. 19.

Sources have told ESPN FC that United have also agreed a deal with Kristiansund — Solskjaer’s hometown team — to play an additional friendly in Oslo on July 30. However, the club have been forced to delay the announcement until after their Europa League schedule is more clear.

The squad are due to report back for Carrington for the start of preseason training on July 1 before flying to Australia on July 7. They are due to play Perth Glory in Perth on July 13 before a game against Leeds United, also in Perth, on July 17.

From there, United fly to Singapore to play Inter Milan on July 20 before facing Tottenham in Shanghai on July 25 and AC Milan in Cardiff on Aug. 3.

Sources have told ESPN FC that contingency plans are in place if the summer fixture list is disrupted by Europa League qualifiers.

Options include fulfilling friendlies with a reserve team or moving the dates and venues of games.

Portugal coach blasts Ronaldo for sub reaction
Everything you need to know about Goncalo Ramos, the man who replaced Ronaldo and Nunez
LAVORO INDIVIDUALE PER 3 UOMINI
Morocco’s run to World Cup knockouts is no fluke; the secret is team spirit
Toothless USA eliminated from World Cup as Netherlands expose talent gap