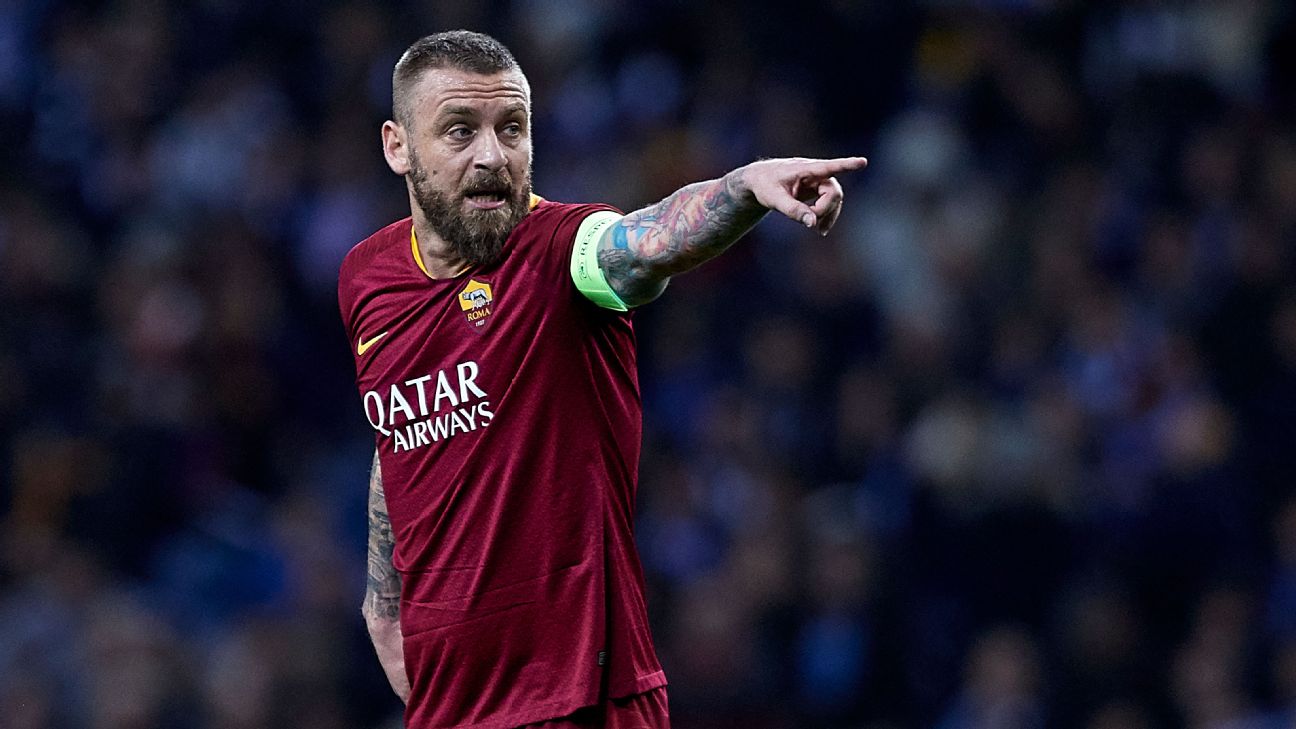 Roma have announced Daniele De Rossi will be leaving the club at the end of the season.

De Rossi, who inherited the captaincy of the Giallorossi following the retirement of Francesco Totti in 2017, will move to a new club next season and continue his career away from the Eternal City.

“For 18 years, Daniele has been the beating heart of AS Roma’s team,” said Roma president James Pallotta on the club’s website. “From his debut in 2001 to taking on the responsibility of the captain’s armband, he always represented the Roma fans on the pitch with pride as he established himself as one of the best midfielders in Europe.

“We will all shed tears when he pulls on the Giallorossi shirt for the last time against Parma but we respect his desire to prolong his playing career — even if, at almost 36, it will be away from Rome. On behalf of everyone at Roma, I’d like to thank Daniele for his incredible dedication to this club and ensure him that our doors will remain open for him to return to the club in a new role whenever he wants.”

The 35-year-old’s final game for the club will be their fixture with Parma on May 26.

He has made a total of 615 appearances for his hometown club, second only to Totti on the list of the club’s all-time leading appearance makers, since debuting in 2001.

De Rossi is expected to move abroad after leaving Roma, having previously stated his attraction to the Premier League.

Uruguay beat Ghana, but both KO’d out of WC
Mexico win, but late Saudi Arabia goal knocks El Tri out of World Cup
Juve president Agnelli, board resign en masse
FIFA could abandon 3-team groups for 2026 World Cup
World Cup last 16: Why every team left will, won’t win it all