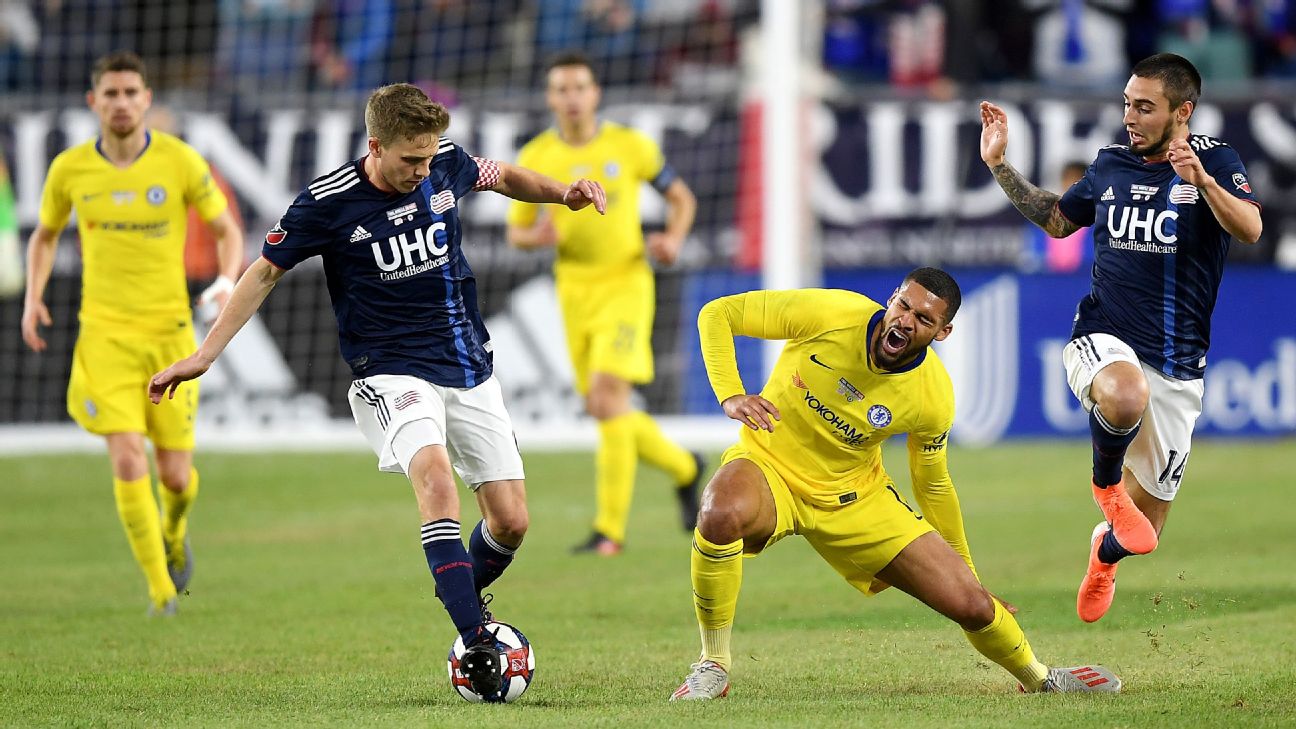 Ruben Loftus-Cheek faces months on the sidelines after rupturing his Achilles’ tendon during Chelsea’s 3-0 friendly victory against the New England Revolution in Foxborough, Massachusetts on Wednesday.

The 23-year-old had to be helped from the field in the 68th minute and left the Gillette Stadium on crutches after getting his left heel trodden on and caught in the turf, having come on as a half-time substitute.

He is set for surgery on Thursday. It is not yet clear how long Loftus-Cheek will be sidelined, but his injury is a serious blow to Maurizio Sarri’s preparations for the Europa League final against Arsenal in Baku later this month.

– Loftus-Cheek talks about wanting to be a leader like John Terry
– Europa League final: What you need to know

Sarri had earlier admitted that Chelsea’s trip to the United States complicated his planning for their last competitive game of the season, while Loftus-Cheek’s injury will also prompt fresh questions of the sub-standard pitch at Gillette Stadium.

Loftus-Cheek becomes the second Chelsea player to suffer a season-ending Achilles tear in less than a month, after fellow academy graduate and fan favourite Callum Hudson-Odoi suffered a similar injury during a 2-2 draw with Burnley at Stamford Bridge in the Premier League.

Announcing his provisional 27-man England squad for this summer’s UEFA Nations League finals in Portugal on Thursday, manager Gareth Southgate confirmed that both Loftus-Cheek and Hudson-Odoi were in line to be involved prior to their injuries.

“Callum Hudson-Odoi and Ruben Loftus-Cheek would definitely have been in this squad, so it’s very unfortunate they’ve both sustained injuries that will keep them out for some period of time,” Southgate said.

“I went to bed last night with Loftus-Cheek in the squad and playing brilliantly, and now he misses a major European final and a big opportunity with us. He’s come on a lot in the last few months, playing with a lot of confidence and coming on strong. I’m really disappointed for him.”