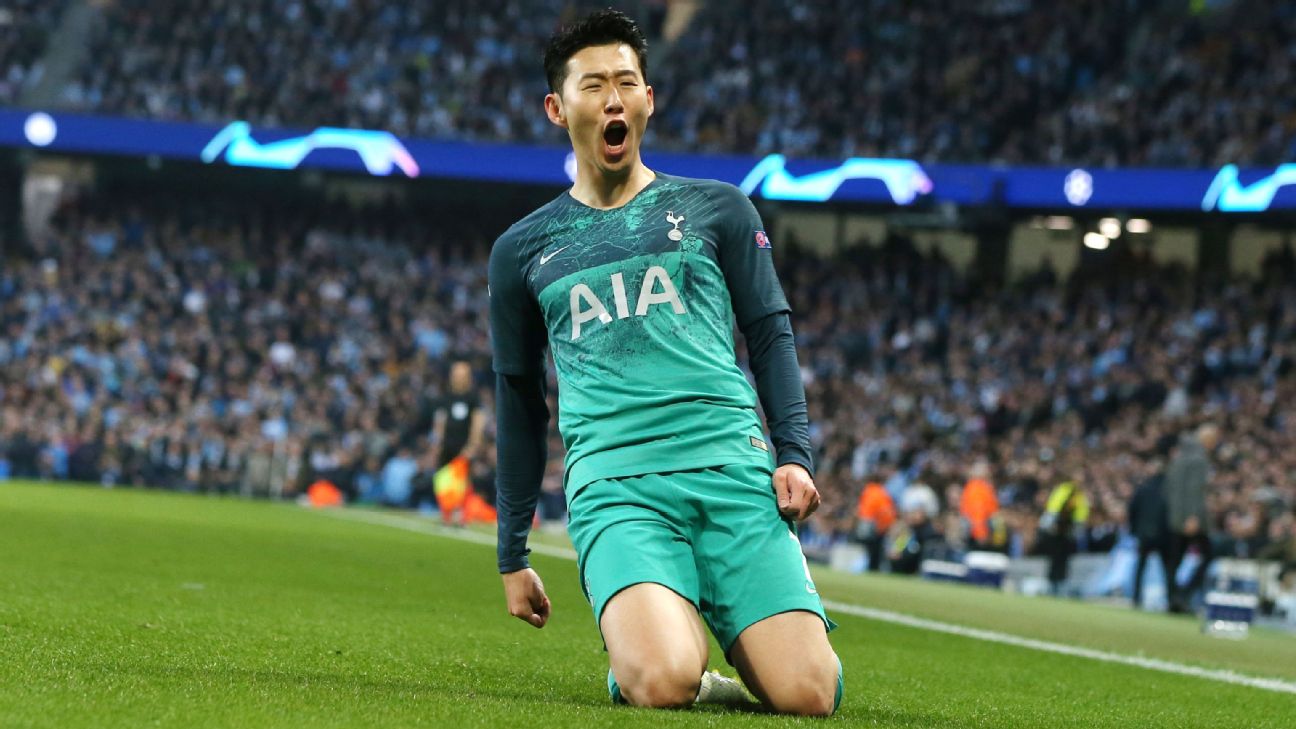 Tottenham Hotspur’s South Korea forward Son Heung-min has said losing their first Champions League final would be painful for a very long time as he prepares to make sure that does not happen when they face Liverpool in Madrid next month.

Son would not speculate on the outcome of the June 1 match against a side who have already beaten them twice in the Premier League this season, but said Spurs must work hard to overcome a team that just missed out on the domestic league title.

– Lucas Moura ‘living a dream’ after UCL heroics for Spurs
– Ogden: In season of close calls, Spurs survive to reach UCL final
– Cox: Who will (and won’t) win the Champions League final

“I don’t want to talk about winning or losing. There’s a long time to prepare for this important game,” he said.

“Winning the Champions League means a lot, but losing would be painful for a long, long time. We just want to be ready and then we will see what happens. Liverpool are a strong team, so how we play will be important,” he told the Evening Standard.

The 26-year-old Son is confident that a three-week break will see him return to what he called “fire mode” against the Merseysiders at Atletico Madrid’s Wanda Metropolitano stadium.

Tottenham, who came fourth in the Premier League with Sunday’s 2-2 draw against Everton to qualify for the elite club competition next season, returned to training on Wednesday as they began preparing for their first European Cup final.

Despite netting 18 goals for Spurs in all competitions since November, Son finds himself in a mini scoring drought after failing to find the net in his last five appearances.

He has already had more time than his Tottenham teammates to recharge his batteries after serving the first game of a three-match domestic ban against Everton.

“I think everyone needs this time to rest,” said Son. “We’re trying to get as fit as possible, to make sure we give everything in this game.

“I am a really, really positive guy and it is one of the best feelings to be playing in the Champions League Final, so I just want to make sure that I am ready for every single ball and every single second.

“It is in three weeks, so everything is in our hands. I hope that I am in fire mode.”

Tottenham, who produced a superb comeback to beat Ajax in the Champions League semifinals, will hope to use the gap to their advantage with top striker Harry Kane recovering from an ankle injury.

Manager Mauricio Pochettino, also seeking his first silverware after five years at Tottenham, said at the weekend that he would not put his players through a preseason regime.

They were given Monday and Tuesday off before beginning the build-up to the final.

“We have our idea, we have our plan,” he said. “We need to be natural. It is not a preseason, but it is not going to be a holiday. The most important thing is that we apply common sense, we have the plan and we are going to deliver the plan so the players arrive in the best condition to win the final.”