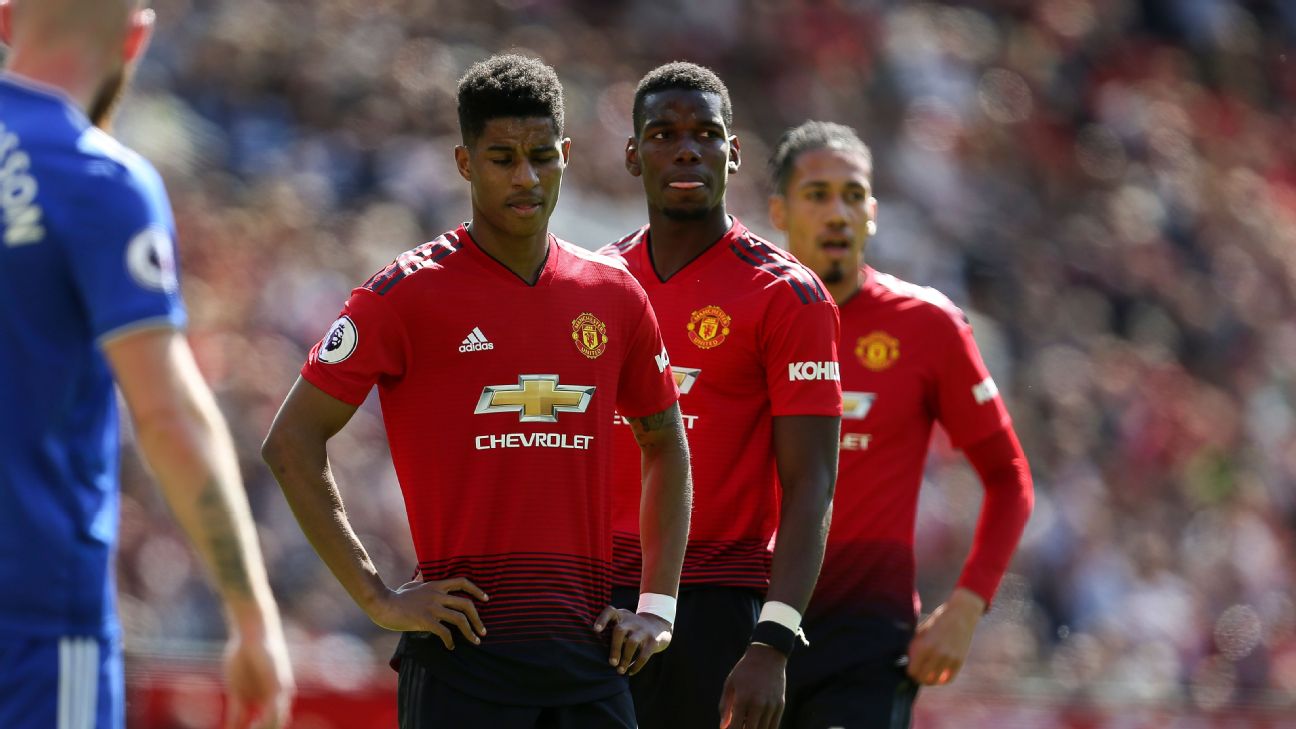 With another Premier League season having come to an end, it is time for the end of term reports cards. Was your team delightful or dismal? Fantastic or frustrating?

Here is how this TV commentator graded all 20 Premier League clubs from “A” (superb) to “F” (awful) in terms of how they measured up against preseason expectations.

The jury is still out. Winning a first European trophy in 25 years in Baku, Azerbaijan, on May 29 against Chelsea would fire the Gunners back into the Champions League next season and make Unai Emery’s first campaign into a highly satisfactory one. But if they lose that final, the mood will be far more subdued with the club missing its top-four target and facing another year of Thursday night football. Either way, Emery needs to improve a suspect defence and terrible away record.

Sixth in October, it looked as if Eddie Howe might take his Cherries into Europe. But despite the excellence of young David Brooks, Ryan Fraser and Callum Wilson, a leaky defence and a run of nine successive away defeats saw them fade in to the bottom half. Never in a moment’s relegation trouble and usually worth watching.

Sacking the likeable Chris Hughton is like shooting Bambi. He took them to the Premier League and kept them there, despite this season’s close shave late with relegation. The club clearly want more adventurous football. We will see how this firing turns out next May.

Burnley’s July start trying to qualify for the Europa League threatened to derail the entire campaign, and relegation looked a real threat at Christmas. It was a measure of Sean Dyche’s management skills that he engineered a defiant revival, barely changing his team of mostly British foot soldiers.

Everyone’s tip for relegation, Neil Warnock’s team fought tenaciously but — with only minimal investment after promotion — lacked the quality required. We will never know if the signing of Emiliano Sala, who died tragically in a plane crash before ever playing for the Bluebirds, would have provided the goals to keep them up. The club handled the tragedy with the utmost class and dignity.

Manager Maurizio Sarri got a rough ride from the club’s supporters, despite leading the club back into the Champions League and into two other finals. It seems “Sarriball” is not their favourite game, but he can argue back it is “mission accomplished.” It looks like Eden Hazard is leaving, and with a transfer ban looming, there are tricky times ahead.

Roy Hodgson’s team of counter-attackers were happiest away from home, even winning 3-2 at Manchester City helped by a goal of the season nominee from Andros Townsend. But this could be the summer where they decide to finally cash in on the tricky and in-demand WilfrIed Zaha. Comfortably mid-table, so the the Eagles campaign has to be considered a success.

Finished with a flourish and not far away from a European spot. Marco Silva, after a tricky start, seems to be providing the sexier football that the Goodison fans quench. Can they gatecrash the top six next season with some clever investment? Significant progress stylistically.

Were expected to grace the Premier League after passing their way to promotion with a refreshing and free-flowing style. But they bought badly and changed a winning team too much, leaking goals with reckless abandon and going through three managers. Relegated.

Not the worst team ever seen in the Premier League (that was Derby County in 2007-08 with 11 points), but not far off it. They were nowhere near good enough, despite their excellent fans and community work.

Sacked Claude Puel and became much easier on the eye under Brendan Rodgers, who has seemingly rejuvenated striker Jamie Vardy. They currently have a team capable of making a top-six challenge next season, but can they hold on to Harry Maguire, Ben Chilwell, and Wilfred Ndidi? Bear in mind they had to cope with the tragedy and trauma of helicopter crash at the ground which tragically claimed the life of Thai owner Vichai Srivaddhanaprabha.

Winning the Champions League would ease the pain, but the wait for that elusive Premier League title goes on. Jurgen Klopp added steel to silk with spectacular results this season, and the recent comeback against Barcelona probably goes down as the greatest night at Anfield to date.

The first team in a decade to retain the title, amassing 198 points in the past two seasons under Pep Guardiola. Smooth, lethal, hungry and relentless, they are on the verge of an unprecedented domestic treble — although the Champions League remains elusive.

A calamitous season which ended with no trophy, no Champions League place and with major surgery needed on a squad of players who need to take a long look in the mirror. Ole Gunnar Solskjaer sparked a midseason revival after the surly reign of Jose Mourinho ended, but soon enough he, too, was doubting the mentality and quality of the players at his disposal. United are miles off the team their legions of fans crave.

Kept out of trouble by the clever coaching of Rafa Benitez, and the vibes seem to indicate he will be staying. But that will surely only happen with the investment the fans crave to get the Toon back to where they were in the days of Kevin Keegan and Sir Bobby Robson. A good start would be splashing the cash to secure Player of the Season Salomon Rondon. Probably overachieved considering what they have, but can they take a step forward next season?

An inspired decision to appoint Austrian Ralph Hasenhuttl saved a season which was heading for the rocks. Nathan Redmond and James Ward-Prowse in particular, looked different players, and Shane Long at last found his scoring touch. Previously poor.

Finished in the top four despite losing their way and falling to 13 league defeats. None of that matters though, as Spurs defied the odds to dramatically reach their first Champions League final while also doing enough in the league to secure a place in the competition again next season. That achievement masks a need for investment if Spurs are to contest the title.

Tough and talented, this was their best season since finishing runners-up under Graham Taylor in the 1983. It could get better in the FA Cup final next Saturday, where victory for Javi Gracia’s team against Manchester City would take them into Europe.

Maddeningly erratic as a club in Manuel Pellegrini’s first season; Felipe Anderson was classy, Declan Rice a revelation and Marko Arnautovic a pain. Unsung keeper Lukasz Fabianski was one of the signings of the season, but it was a disappointing campaign considering they are capable of better.

One of the best promoted teams ever, playing sweet football and often shocking even the top six teams. A well-deserved seventh place will mean European football for this famous old club if Manchester City win the FA Cup. There were several stars, but Raul Jimenez‘s goals were crucial