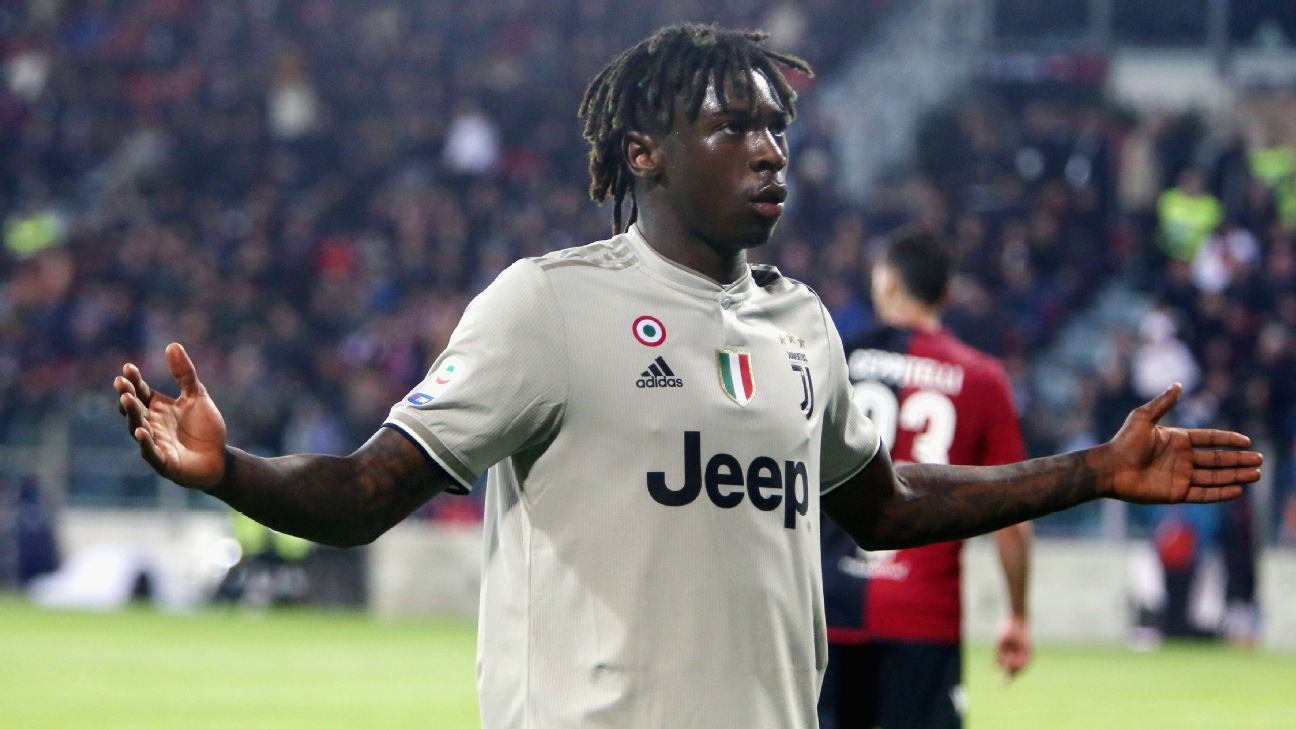 Serie A have announced Cagliari will face no action after monkey chants were aimed at Juventus players Moise Kean, Alex Sandro and Blaise Matuidi during their match on April 2.

Kean reacted to the chants by celebrating in front of the home fans sat directly behind the goal after putting his side 2-0 ahead with five minutes remaining — an action which led Cagliari president Tommaso Giulini to claim any player would have received the same abuse.

The incidents led to worldwide condemnation but the Italian football authorities announced they would need more time before taking any action as they wanted to investigate the matter further.

However, six weeks later — and after AC Milan midfielder Tiemoue Bakayoko had been subjected to explicit racist chanting by Lazio fans for which the club was hand a suspended partial stadium closure — Serie A decided Cagliari would not face any punishment because the chants had “an objectively limited relevance” during the match.

In a statement to ESPN FC on April 20, a Serie A spokesperson said they were committed to fighting racism. ESPN FC has again contacted Serie A for clarification following this most recent decision.

Juventus defender Leonardo Bonucci and manager Massimiliano Allegri were criticised after the Cagliari match for their comments condemning’s Kean’s celebration after the match against Cagliari.

Serie A has seen several incidents of racist chanting this season, including Inter Milan fans’ treatment of Kalidou Koulibaly in December for which the club faced a two-match stadium closure.

Meanwhile, Serie A acknowledged Inter supporters had engaged in territorial discriminatory chanting during Monday’s clash with Chievo but face no punishment.

They were, however, fined €10,000 after fans were found guilty of shining a laser on the pitch in the same match.