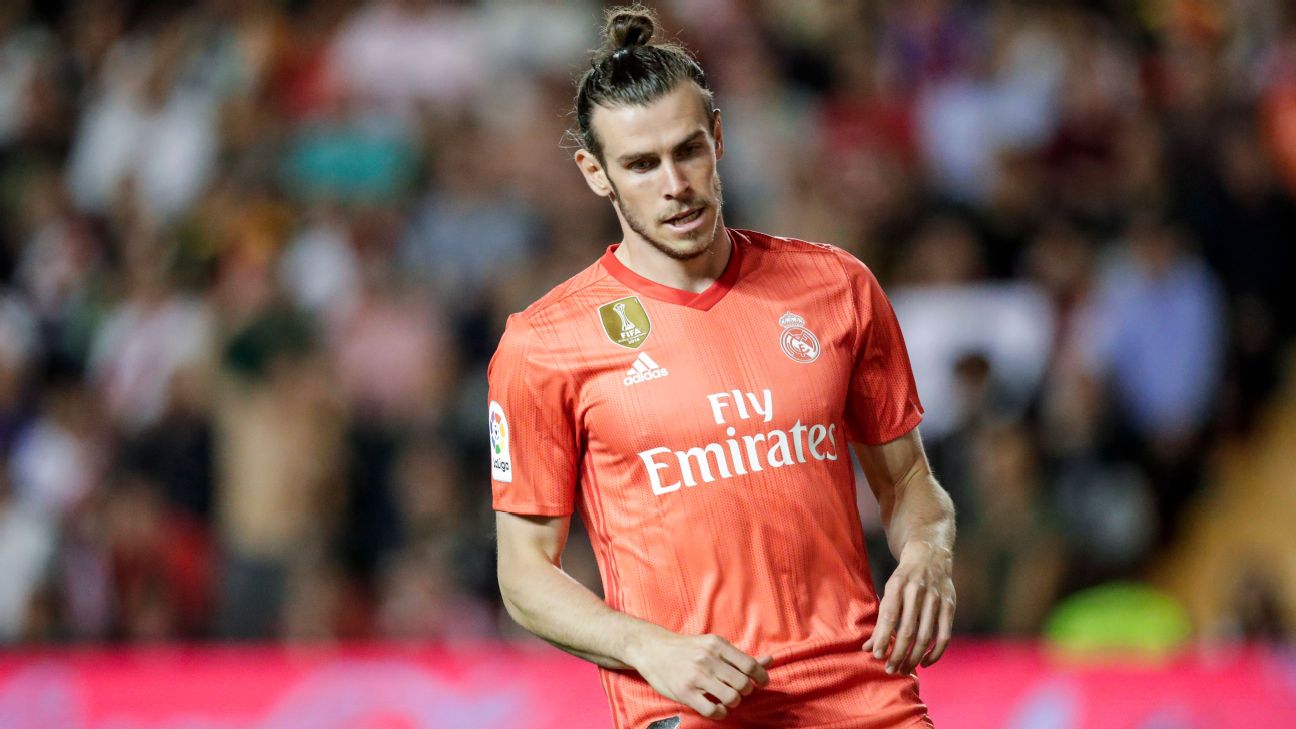 Real Madrid winger Gareth Bale is willing to take on manager Zinedine Zidane in a summer power struggle at the Bernabeu, the Wales international’s agent Jonathan Barnett has suggested to ESPN FC.

Despite enduring a difficult relationship with his manager which dates back to the end of Zidane’s first spell as Madrid coach, Bale was usually in the team as either a starter or substitute when the Frenchman initially returned to the Bernabeu as coach last March.

However, Zidane has left Bale out of both of his most recent match squads, while using his news conferences to say “it is clear” the message he is sending with his selections ahead of a summer where a lot of changes are expected at Madrid.

Paris Saint-Germain are reportedly interested in Bale and, asked by ESPN FC whether Bale would be leaving this summer, Barnett said his client’s position remained that he wanted to stick to a Madrid contract which runs up until 2022.

“Gareth is fine,” Barnett responded. “He is still a Real player with three years left on his contract.

“He has always been clear about that. And if he is picked he will play.”

Pushed as to what Bale would do if Zidane continues to not select him, and publicly suggesting he wants him to leave, Barnett said his client was determined to stay at Madrid regardless.

“You would have to ask Mr. Zidane what he wants to do,” he said. “But Gareth will keep trying.”

There was renewed optimism around Madrid when Zidane — who left after leading the club to three successive Champions League titles — returned following a difficult season under first Julen Lopetegui and then Santiago Solari as managers in in the first seven months of the season. However, results have remained underwhelming.

While Chelsea attacker Eden Hazard is still widely expected to arrive at Madrid this summer, Zidane recently backtracked over public comments which had been interpreted as him calling on Manchester United’s Paul Pogba to come to the Bernabeu.

PSG’s Kylian Mbappe is another player who Zidane has regularly praised openly in his press appearances, although AS have issued a reminder this week that Florentino Perez’s focus remains on long term target Neymar.