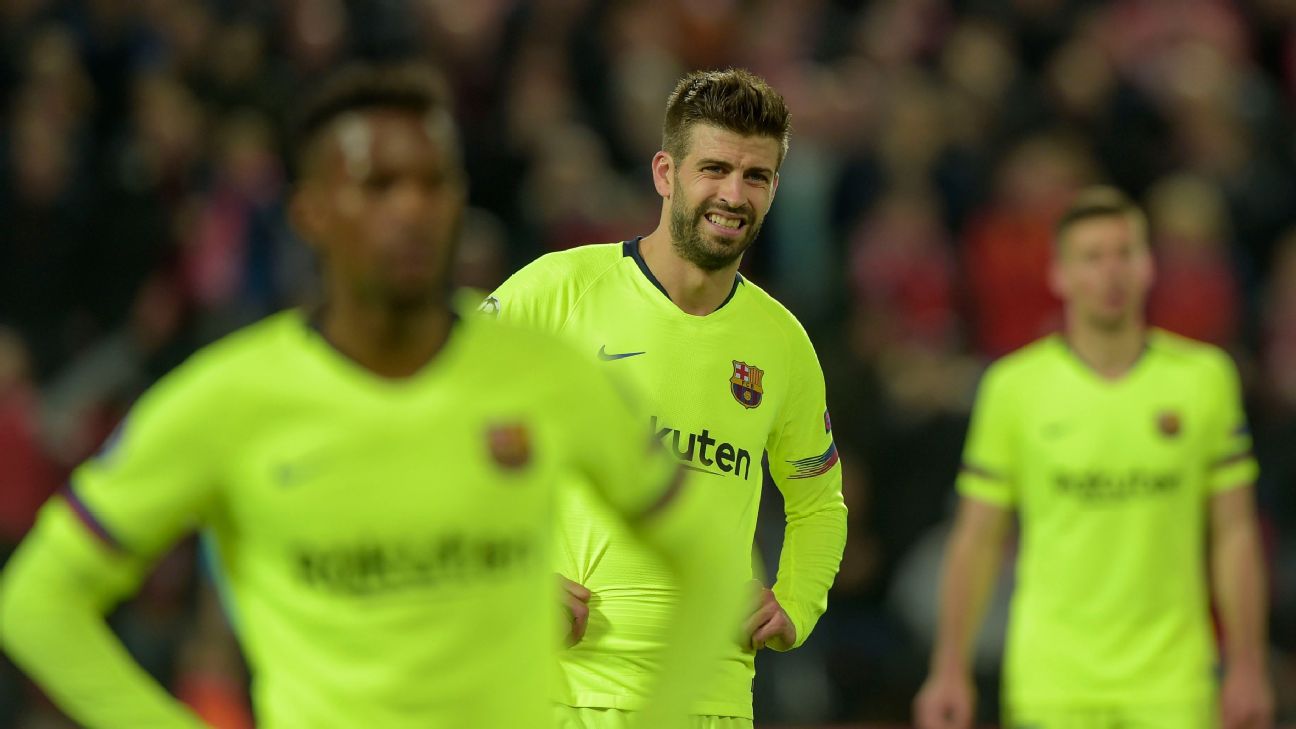 Sergio Busquets said it will take time for Barcelona to recover from the deep wounds inflicted on them by last week’s Champions League collapse against Liverpool.

The Spanish champions began the recovery process with a 2-0 win at home to Getafe in La Liga on Sunday but the game was played out in a strange atmosphere.

Camp Nou was only half-full for the occasion and several players — notably Philippe Coutinho and Busquets — were subjected to whistles from the crowd during the match.

Busquets admitted that the 4-0 semifinal defeat at Anfield was the toughest of his career so far but called on the Barca players to stick together as they compete for a domestic double.

The La Liga title was wrapped up two weeks ago and they still have the Copa del Rey final to come against Valencia on May 25.

“We knew we had to play [against Getafe], but it was really difficult for everyone,” Busquets told reporters after Barca’s final home game of the season. “We wanted to be at 100 percent but it was a struggle because of what happened [at Liverpool].

“Hopefully the wounds which the club, the fans and the players have will heal. We’re all hurting. I’ve lost titles, games, but I have never been dealt a blow like this. It’s really difficult for everyone, even though it forms part of the game.

“We will come out of it together. We’ve got the cup final to come. The challenge ahead isn’t a small one, either. Winning a double is no small thing but the wound from Liverpool is deep.

“It’s not the moment to single people out or look for [immediate] solutions. We have to stick together. We have done big things together and now we must focus on ending the season in the best way possible.”

Despite winning back-to-back league titles, the defeat to Liverpool has led to calls for a revolution in the local media. Coach Ernesto Valverde’s future has been questioned and a number of players have been criticised.

“I think you have to evaluate things at the end of the season,” Busquets added when asked if he thought wholesale changes were needed. “It’s difficult to know what’s best for the club and for the team. If we knew that, we wouldn’t have made the same mistakes in the Champions League.

“When the season ends, those that have to make the decisions will look at what’s best for the club. We have to focus on our own jobs, move forward together and prepare in the best way possible for the Copa final.”

Valverde himself was asked in his news conference if he had considered resigning in the wake of the Liverpool defeat, giving a one-word answer: “No.”

On Saturday he had said he still has “the strength to carry on.”

Defender Jordi Alba also offered some support for his coach after the Getafe win.

“We’re delighted with Valverde,” he told reporters. “Before Anfield, we were the best team in the world and then one day after no one is worth anything, we’re old and we need to bring in replacements… I hope the boss continues. He’s given me life.”