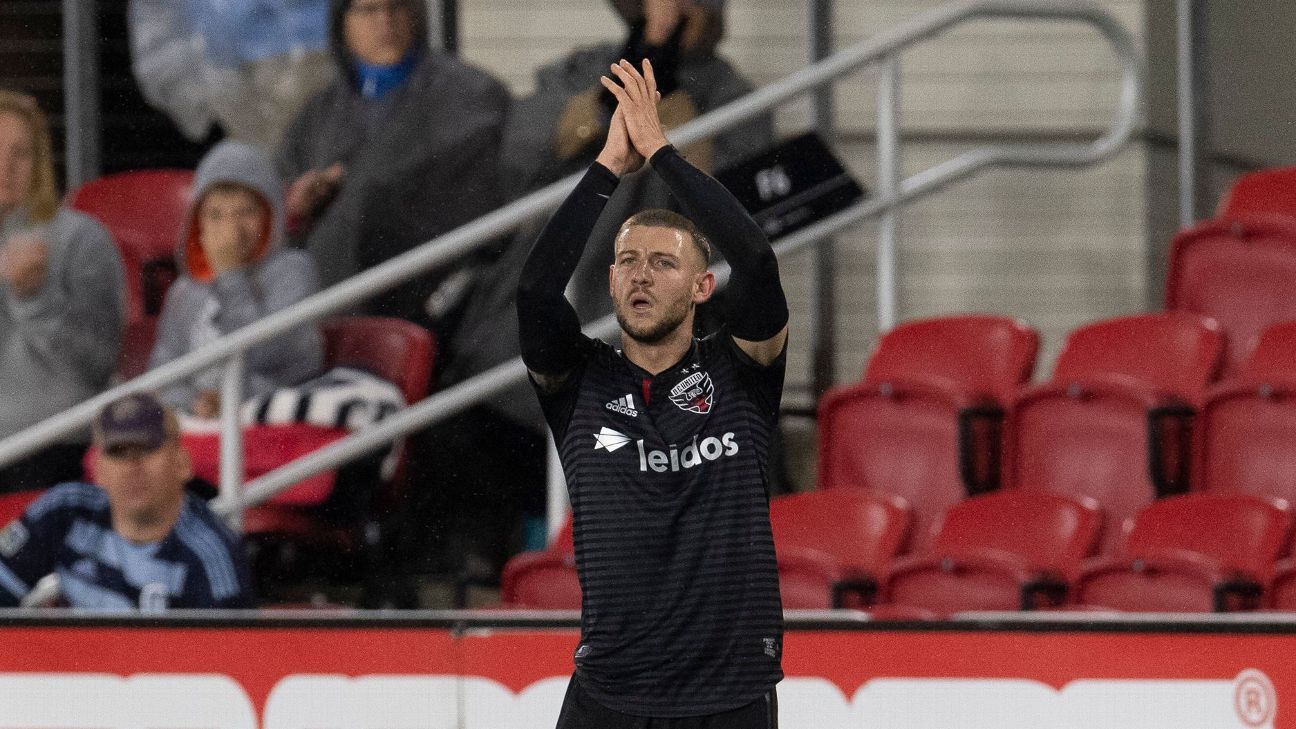 Paul Arriola fired a shot from a step outside the box in the 78th minute to lift D.C. United past short-handed Sporting Kansas City 1-0 at Audi Field in Washington, D.C.

Arriola collected a perfect pass from Wayne Rooney, juked defender Nicolas Hasler and right-footed it past Tim Melia into the upper right corner of the net.

Graham Smith‘s header off a set piece in the final minute of stoppage time missed wide left and SKC’s chances left with it.

With the win, D.C. United (7-3-2, 23 points) kept pace with Philadelphia atop the Eastern Conference standings. Sporting KC (2-4-4, 10 points) remains winless on the road in 2019. They have not won across all competitions since March 30. Sporting is 0-3-3 in their last six MLS matches.

Sporting has made the playoffs the past eight seasons, winning the Western Conference in 2018. But they currently stand one spot above the bottom of the conference standings.

SKC was without 10 players, including six starters, because of injuries. In addition, Gianluca Busio and Tyler Freeman are with the United States’ U-17 Men’s National Team.

Melia kept the game scoreless in the 14th minute on a diving save of a free kick by Rooney from about 25 yards out. Rooney fired his attempt past the wall and bent it toward the left post, but Melia stopped it. Melia saved another point-blank shot by Frederic Brillant off a corner kick in the 31st minute. Hamid saved a free kick from Johnny Russell in stoppage time.

SKC has only allowed one goal on a set piece this season, and that came on a penalty kick, while nine of D.C. United’s 16 goals this season have come on set pieces.