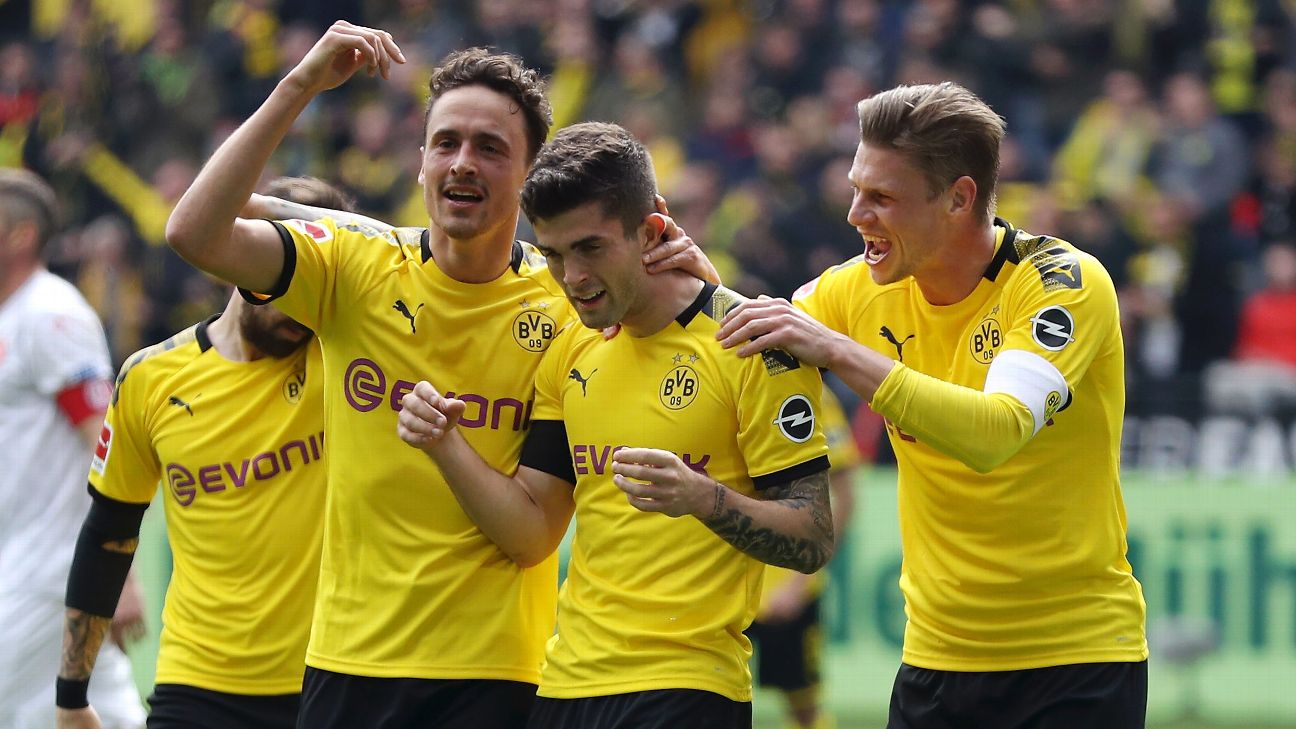 United States star Christian Pulisic said his goodbyes to Borussia Dortmund in their final home game of the season with a goal against Fortuna Dusseldorf.

Pulisic, who debuted for Dortmund as a 17-year-old in 2016, agreed to join Chelsea for €64 million this January — a record transfer fee for a U.S. soccer player. He was then loaned back to Dortmund for the rest of the season.

Ahead of his final home game, Pulisic had said: “I think there will be quite a lot of emotions involved. That won’t be easy at all. It’s the best stadium I’ve ever played in. I’m going to miss that atmosphere. It’s hard for me to explain. Even when I see the Sudtribune today I just think ‘how crazy is that’, they are just amazing. Most of all, though, I’ll miss the people in Dortmund. It was the best five years of my life.”

And on Saturday, Pulisic addressed the crowd in German and said: “Thank you all for five wonderful years. Without you fans I would not be here. Dortmund will always feel like home. All the best and hopefully see you again one day.”

Then, during the game, he scored just before half-time.

The forward was denied in the 22 minute after a goal-saving tackle from Matthias Zimmermann, but just five minutes before the break he headed home from close range after a good ball back across goal from Thomas Delaney.