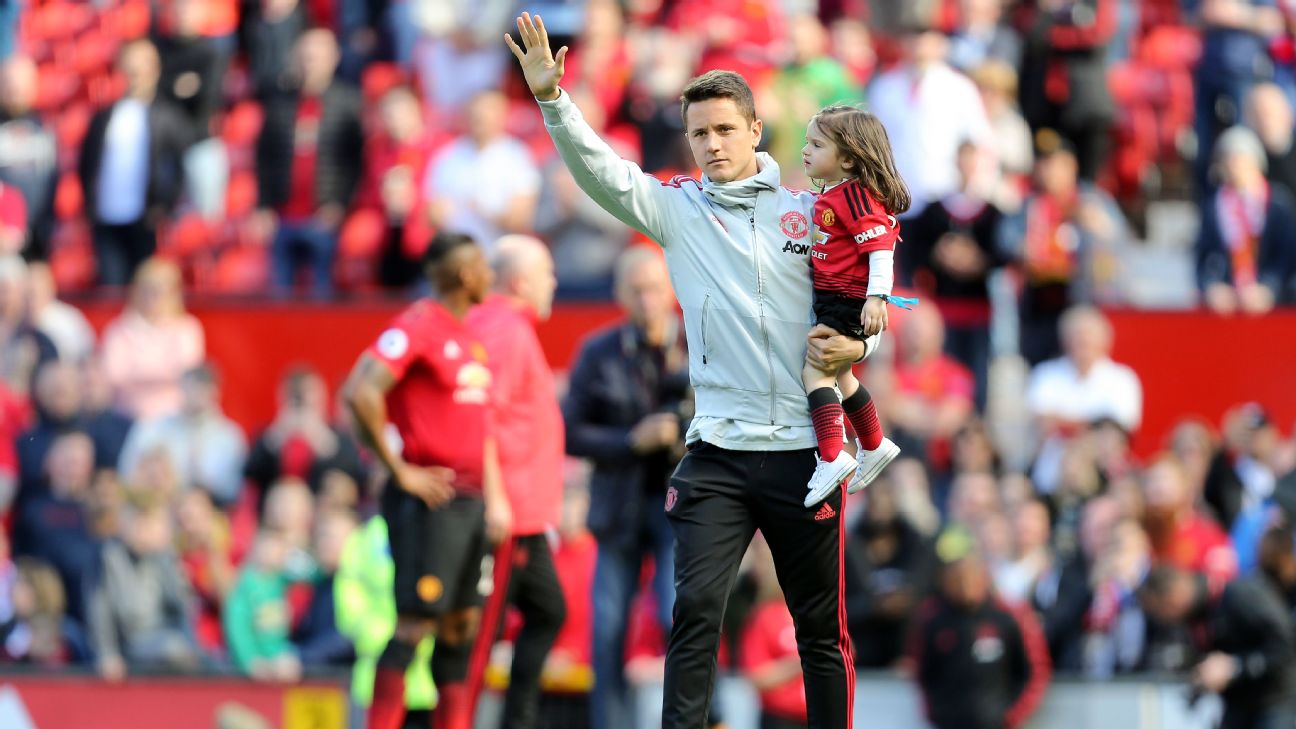 The United manager is facing a rebuild over the summer after finishing 32 points behind champions Manchester City following their 2-0 defeat at home defeat to already relegated Cardiff.

Herrera is one of the players that will need to be replaced after coming to the end of his Old Trafford contract and the Spaniard, who is set to join Paris Saint-Germain, has pleaded with supporters to give the Norwegian time.

“I think there is a tough job ahead,” Herrera said. “That is my opinion as a fan and as someone who knows the club at the moment.

“These fans are the best, they are amazing, but they need time. They need time because this is not going to be from the first day. The club will need time, confidence and support.

“I am sure they will give it but the only thing I ask for them is time because this is not easy. There are examples. Liverpool are probably going to win the Champions League but I am leaving this club and they haven’t won one title in five years I have been here.

“They have done incredible work but the fans have given them time. That’s what this club needs at the moment.”

Solskjaer is coming under pressure after a disappointing end to the season which saw United win just two of their final 12 games.

The 46-year-old has only been in the post permanently for two months but there are already calls from some fans for the board to make a change — particularly after Mauricio Pochettino raised doubts about his future at Tottenham.

“I hope I am wrong and Manchester United win the next Premier League but the club needs time to work. I am optimistic for the future but I ask the fans to give them time. Some of them might tell me to shut up because they have been waiting already.

“I have been here five years, not the five most successful years in the history of the club, but I have won four titles and lost two finals. In a bad moment for the club we have won some trophies. It shows how big the club is.”

Herrera will leave Old Trafford having made 189 appearances in five seasons. The 29-year-old has won three major trophies and lifted the Player of the Year award in 2017 but will move on with one significant regret.

“I have won some trophies but the league is something I wanted to win,” Herrera said. “This is the greatest and biggest club in England.

“That was one of my dreams but it is what it is. We have done some good things but for Manchester United it is not enough.

“I have enjoyed a lot playing for this club. For me it has been a dream. I have always tried to represent this club always by giving my best.

“You are not going to hear one bad word about anyone because they don’t deserve it and I’m not like that.”