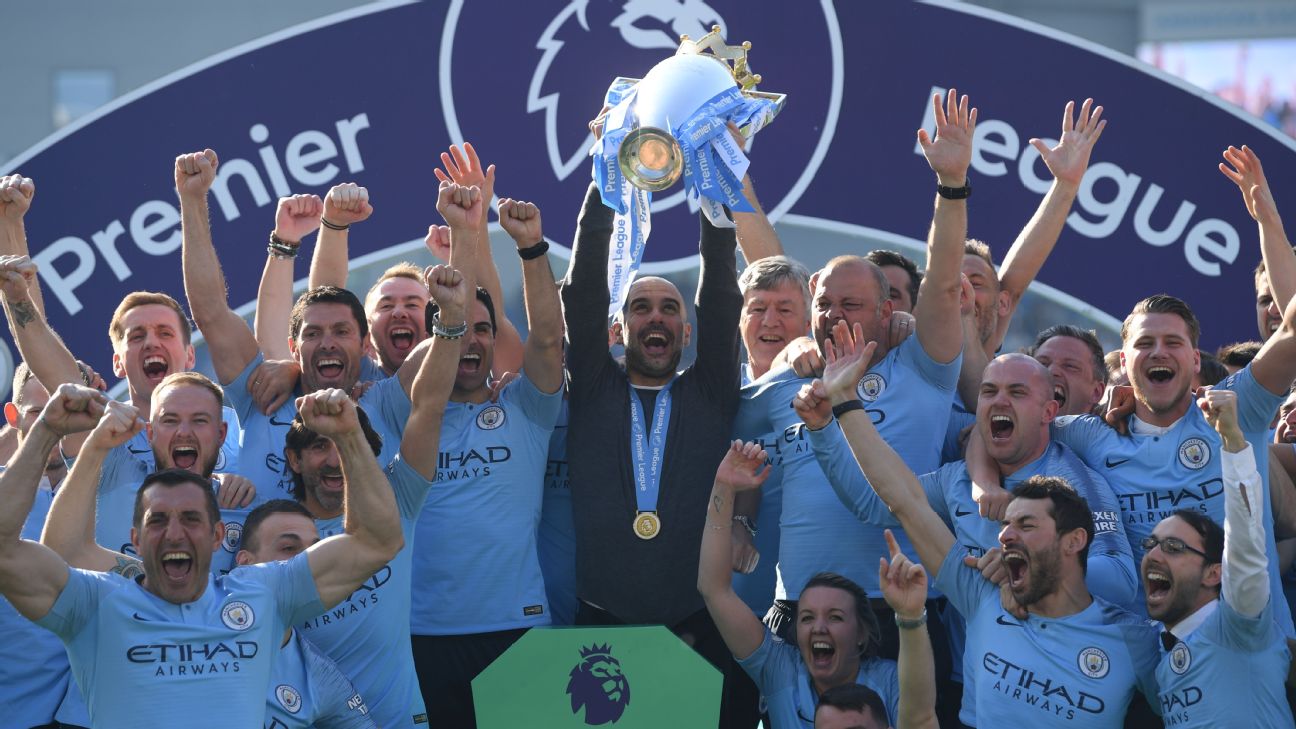 Manchester City coach Pep Guardiola spoke of his admiration for the strength of the Premier League after securing back-to-back titles on Sunday.

City won 4-1 at Brighton & Hove Albion, after being a goal behind, to finish the campaign on 98 points — just one clear of Liverpool, who won 2-0 at home to Wolves.

It means Guardiola has won the title in seven of the last nine seasons as a manager, with Barcelona, Bayern Munich and City.

– Ames: Man City pass test of character to clinch title glory
– When are next season’s Premier League fixtures revealed?
– When is the FA Cup final?

“Then we have to make decisions for next season to come back strong. Liverpool will maintain and so we have to be better. Competitive people are never satisfied, it’s never enough. We want more and more.

“And that’s why the second one, to make it back to back, shows me this kind of thing. It shows me it wasn’t enough [for the players], that one wasn’t enough.”

He added: “When people suggest you can be one of the best that’s enough. But we had this in Barcelona, too. If in 10, 15, 20 years people talk about this team, it’s because we were good.

“Like books, movies, if they sustain the passage of time, if after 25 years people are watching the same movie, reading the same book.

“If people still talk about this team after that time, then it deserves to be considered alongside the best Man United, the best Liverpool, Chelsea, Arsenal.”

City now take on Watford at Wembley next Saturday to complete the domestic Treble, which has never before been done in English football, having beaten Chelsea in the Carabao Cup final earlier in the season.

“No teams in England have done that before so we have to challenge, compete and be focused on this game,” Guardiola said. “Of course, the FA Cup isn’t easy to achieve to get to the final and we are going to try to win.”