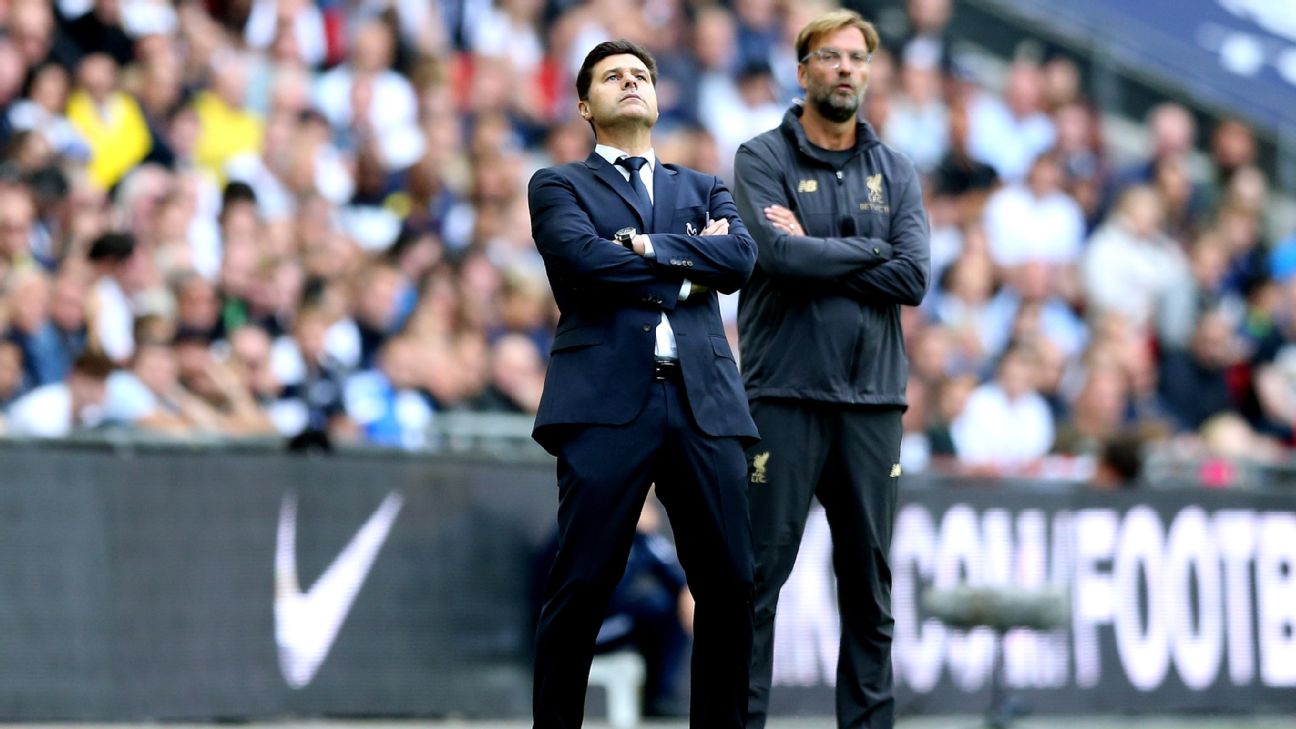 The two English clubs reached the June 1 showpiece thanks to dramatic comeback wins, but supporters making plans to attend the match in Madrid face huge costs.

Speaking at a news conference on Friday, Klopp hit out at “crazy” hotel prices and said he had sympathy with fans who are being charged such high rates.

“One hundred percent,” Klopp said. “Obviously travel agencies and hotels are not silly. Maybe these cities before they get the final they have to agree to a price cut and say [the prices] can’t be more than [a certain figure].

Pochettino said he was having trouble finding accommodation for his family.

“Yesterday I was calling some hotel in Madrid to try to book some rooms because I don’t know if my family is going to be there, friends, people from Argentina,” he told a news conference. “But it was very difficult.

“The prices are crazy. It’s not normal, but it’s normal that people take this opportunity to benefit and I am suffering for both sets of fans, ours and Liverpool’s.”

Liverpool and Tottenham supporters have called for an end to “cashing in on fan loyalty” amid rocketing prices for flights and hotel rooms for the Champions League final.

The price of some flights to the Spanish capital in the days around the match has risen to more than £1,500, while rates for hotel rooms in the city and surrounding towns have soared to over £1,000 a night.

The two clubs have been allocated 16,613 tickets for the match at Atletico Madrid’s Wanda Metropolitano stadium, with the cheapest of those costing around £60 and the most expensive £513.

Liverpool fans’ group Spirit of Shankly and the Tottenham Hotspur Supporters’ Trust have issued a joint statement calling for a crackdown on exploitation of supporters and hitting out at UEFA’s “measly” allocations.

“This has been a sensational Champions League campaign for Tottenham Hotspur and Liverpool, with fans of both clubs now looking forward to the final in Madrid on June 1,” the statement said.

“But supporters’ joy has been tempered by the extortionate costs of travel, accommodation and tickets — if they get a ticket at all with the measly allocation from UEFA.

“Prices of flights to Madrid and surrounding towns have rocketed by up to 840 percent. Hotel rooms are more than £1,000 a night, with stories of room bookings being cancelled and resold at vastly inflated rates.

“Tickets in excess of £500 are exorbitant. There needs to be transparency from UEFA and both clubs in how tickets are priced and allocated.”

The joint statement from the Liverpool and Tottenham fans also called for consumer protection measures to be applied to the repricing of flights and hotel rooms in the days around the final.

“For many, the final is not a one-off event,” it added. “It is the culmination of a season-long journey for fans, who have spent thousands of pounds already travelling to support their team, bringing the spectacle and atmosphere that is a key part of the game so prized by television.

“It is time to stop cashing in on fan loyalty.”

Klopp also questioned the selection of Baku, Azerbaijan, as the site of the Europa League final between London rivals Chelsea and Liverpool.

– All you need to know about the Europa League final

“I think these guys who made these decisions, I don’t know what they had for breakfast really when they did it.

“Last year we went to Kiev [for the Champions League final] which is a wonderful city but it was not really likely a Russian team or a team from that part of the world would be involved.”

With no direct flights to Baku from London, fans face journey times of up to 14 hours depending on connections.

“These decision they must be much more sensible,” Klopp said. “It looks irresponsible, I don’t know how they do it and I sympathise a lot with the fans.”

Chelsea’s Supporters’ Trust described the allocation as “totally inadequate” while board member Tim Rolls told the BBC his journey would involve a seven-hour bus ride from Tbilisi.

“Baku is one of the most inaccessible cities in Europe from the UK,” said Rolls. “There are few flights and those there are are prohibitively expensive.”

UEFA defended the choice of venue, saying it was impossible to predict in advance which clubs will reach the final.

It also said it would have been irresponsible to offer more tickets with limited transport options to Baku.

“Taking into consideration the geographical location and logistical capacity of airports in and around the host city, it was deemed that around 15,000 spectators would be able to travel from abroad with Baku as the main hub,” UEFA said.

“Offering more tickets to fans of the participating teams, without any guarantee that they would be able to arrange suitable travel, was therefore not a responsible option.”