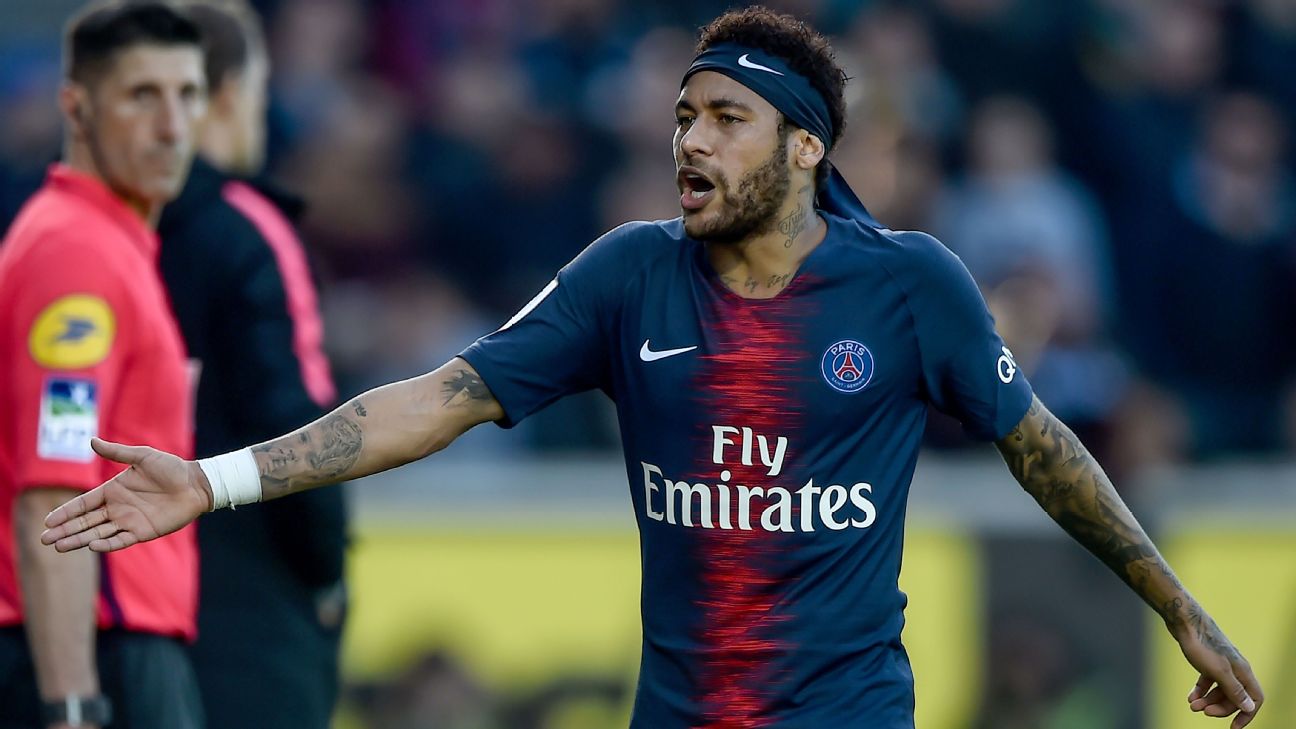 Paris Saint-Germain coach Thomas Tuchel has declared that Neymar is not of the “profile” to captain the side after the Brazil international scored one and assisted another in the 2-1 win away at Angers in Ligue 1 on Saturday.

Neymar, 27, playing in his final PSG match of the season before his three-game suspension for an altercation with a spectator during the Coupe de France final kicks in, opened the scoring with a diving header and teed up Angel Di Maria for another headed effort.

Asked after the final whistle if the South American has what it takes to wear the PSG armband in the future, Tuchel was frank in his appraisal of the topic.

“No [on Neymar being a future PSG captain], we have two captains in Thiago Silva and Marquinhos — we will not be changing that,” said the German. “For me, Neymar does not have the profile to be a captain with the armband.

“He is a technical leader through his creativity, but he is not an armband-wearing captain. It is not necessary that he wears it and I do not understand why everybody is suddenly speaking about this.

“We must be respectful — we have Thiago and Marquinhos, who are fantastic.”

After the match, Neymar took to social media to say “until next time” to Ligue 1 ahead of his ban.

Neymar was booed at times by the Angers crowd, particularly after a brilliant show of skill in the second half, which home coach Stephane Moulin confessed he could not understand.

“I applaud Neymar because I salute his talent,” said the French tactician. “He does things that nobody else can do with the ball. He almost won this match by himself.

“It was his last game of the season in Ligue 1, and we felt like he was trying to finish on a good note.

“Neymar is a world-class player — I do not understand him being booed. He is an artist and must be protected.

“Neymar creates a show that we pay to see. Those who whistle him are those who do not come when Neymar is not here.”

Marco Verratti told PSG TV that he and his Parisien teammates have held some honest talks among themselves in order to arrest their alarming slump of form towards the end of this season.

“We have spoken a lot between ourselves to change things,” the Italy international said. “We were on a bad run of away form, which we are not used to. “It was up to us at the end of the day. We had to change things, not only for ourselves, but also for those who love this club. We are now back on track.”

Marquinhos saw red late on in Angers, which led to Flavien Tait halving the deficit after Gianluigi Buffon saved the initial penalty kick. Tuchel called the dismissal “surprising,” while Marquinhos himself felt that the decision was “harsh and rushed” by referee Florent Batta.