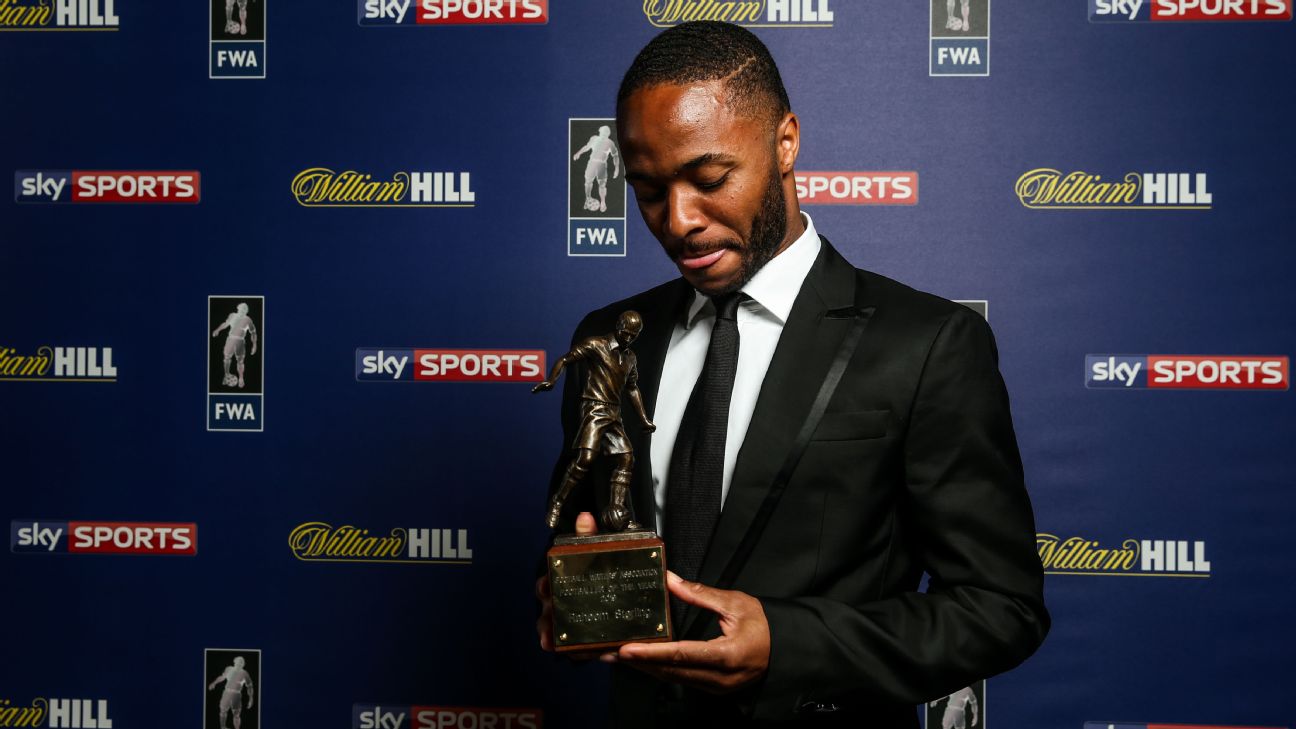 Raheem Sterling has said he did not set out to become a leading figure in the fight against racism but is grateful for the support he has received since speaking out on the issue.

The Manchester City forward was presented with the Football Writers’ Association Footballer of the Year award on Thursday.

Sterling, 24, has also won praise for challenging the media’s coverage of black footballers and said it is positive that his message has been taken on board.

“It is not something I was trying to do for people to see me as this person that is trying to lead the way,” Sterling told Sky Sports News. “I was just trying to raise a point and I thought it was a valid point at the time and my voice needed to be heard.

“I am just grateful that people took up on it and credit to the people out there that have taken on this information. As a collective, we are all trying to do the best to make a massive change, not just in football, but in society as well.

“It is sad that people still judge people, not just on their skin colour, but on their gender and whatever it is they want to judge. It is not nice. In this day and age people should be able to accept what people are and how people are.

“The most positive thing about it is there are people in this country who want to hear and want to make a change. They are now finding the right way to do that.”

City need to win their final game of the season at Brighton on Sunday to become the first club to defend their Premier League title since Manchester United in 2009. A win would make it 14 successive victories and equal the record of 32 for most wins in a Premier League season set by City last season.

At one point, City were seven points behind Liverpool and after back-to-back defeats to Leicester and Crystal Palace in December, Sterling said the side were searching for answers for their bad form.

“As a club and as a group, with the manager and the coaching staff, we all got together and tried to find out what exactly was going wrong,” he added. “These are the things you need to do as a team to achieve success. Everyone spoke and we got our season back on track.

“We knew we had to be up for the job and try to win pretty much all our games to even have a chance, and then hope other teams could do us a favour and draw with or beat Liverpool, and that has happened.

“I am really grateful and it is really nice to know it is in your hands with the last game to play. I would much rather be the team with it in our hands than the team that is chasing.”