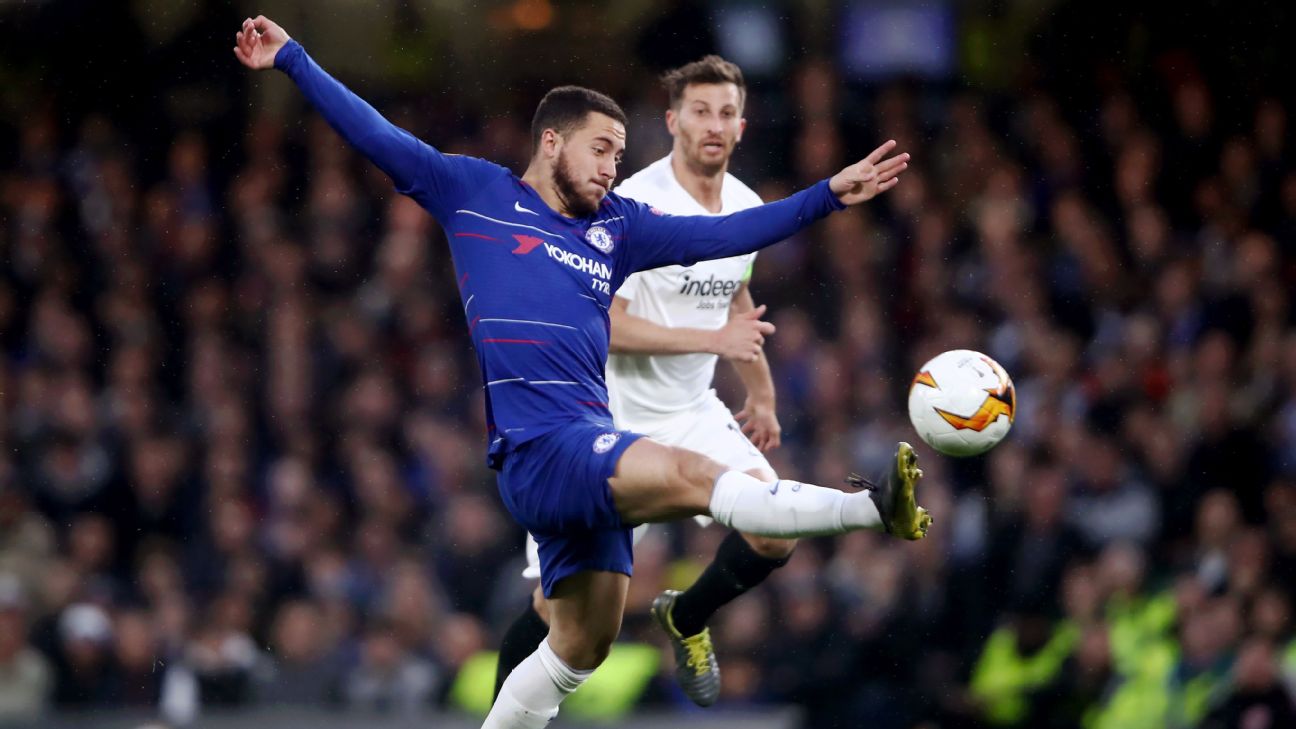 LONDON — Eden Hazard vowed to try and sign off with a trophy if the Europa League final proves to be his last game to Chelsea after scoring the winning penalty in a dramatic shootout win over Eintracht Frankfurt at Stamford Bridge.

How Prem clubs’ European qualification will play out

Sources have told ESPN FC that Hazard wants his desired summer transfer to Real Madrid finalised as soon as possible, but after the match the Belgian refused to confirm if the Europa League final will be his last match for Chelsea.

“If it’s my last game I will try to do everything for this club to win a trophy,” Hazard told BT Sport. “In my mind I don’t know yet. I don’t think about that. I’m only thinking about winning something for this club and this squad.”

Asked about his decisive penalty, Hazard added: “I always take my responsibility when I have to. Today we are happy but it’s not finished. We have another game to play against Arsenal. We need to go there and play with quality and win the game.”

Kepa emerged as Chelsea’s other hero after 120 gruelling minutes against Eintracht, but after the match the Spain international played down his own contribution to the victory.

“Penalties are down to luck,” said Kepa. “Today we won and in the Carabao Cup final we lost, but this is football. Today was really good and we played against a very difficult team and we are very happy.

“We always prepare for the penalty shooters before each game and today we are lucky. Wembley is in the past and I learned from it. I said I was sorry but we always keep moving forward and today was another game and we are happy to get to the final.”

The win also preserves Maurizio Sarri’s hopes of claiming silverware in his first season at Chelsea, but first the Italian must take his squad to the United States next week for a friendly against New England Revolution to raise money and awareness for the fight against anti-Semitism.

“We played 61 matches, so it’s very difficult,” Sarri admitted. “We need to rest, of course. Unfortunately we have to go to the U.S. to play a match. And then we have, after the U.S., 10 days to prepare the last match.

“We played the first final [this season] against Manchester City and lost. So now we want to win. In our opinion, our group deserves to win. We were in trouble three months ago and, here in England, if you’re in trouble the level of opponents is very high and it’s not easy to overcome difficulties. We were able to do it. So now we deserve to win a trophy.”