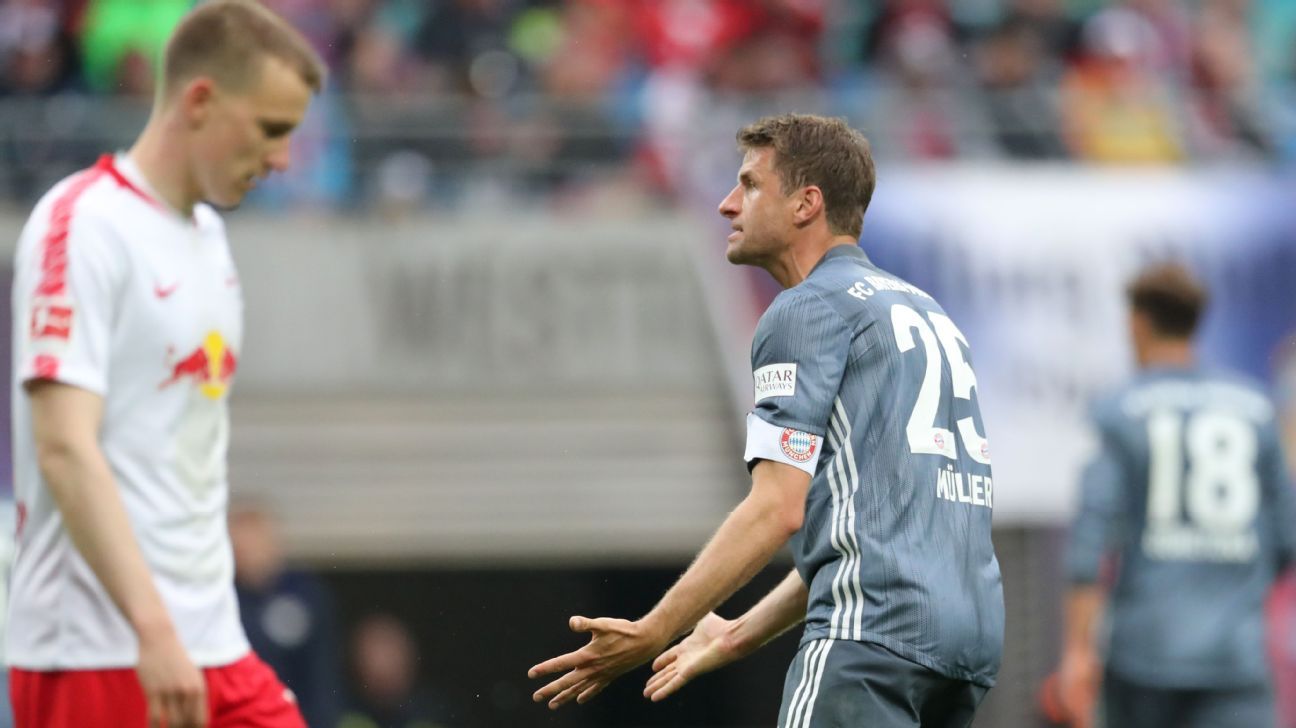 Bundesliga leaders Bayern Munich stumbled to a goalless draw at RB Leipzig on Saturday, missing their chance to seal the Bundesliga title as Borussia Dortmund kept their hopes alive and closed to within two points with one game left.

Bayern, who needed a win to make sure of a record-extending seventh consecutive league title, are on 75 points. They play Eintracht Frankfurt in next week’s season finale.

Dortmund, who beat Fortuna Duesseldorf 3-2, are on 73 and face Borussia Moenchengladbach next week.

Leipzig are third on 66 and have secured their Champions League spot for next season.

Hanover and Nuremberg were relegated while Stuttgart held on to 16th place and will go into a relegation/promotion playoff with third third-placed team of the second division.