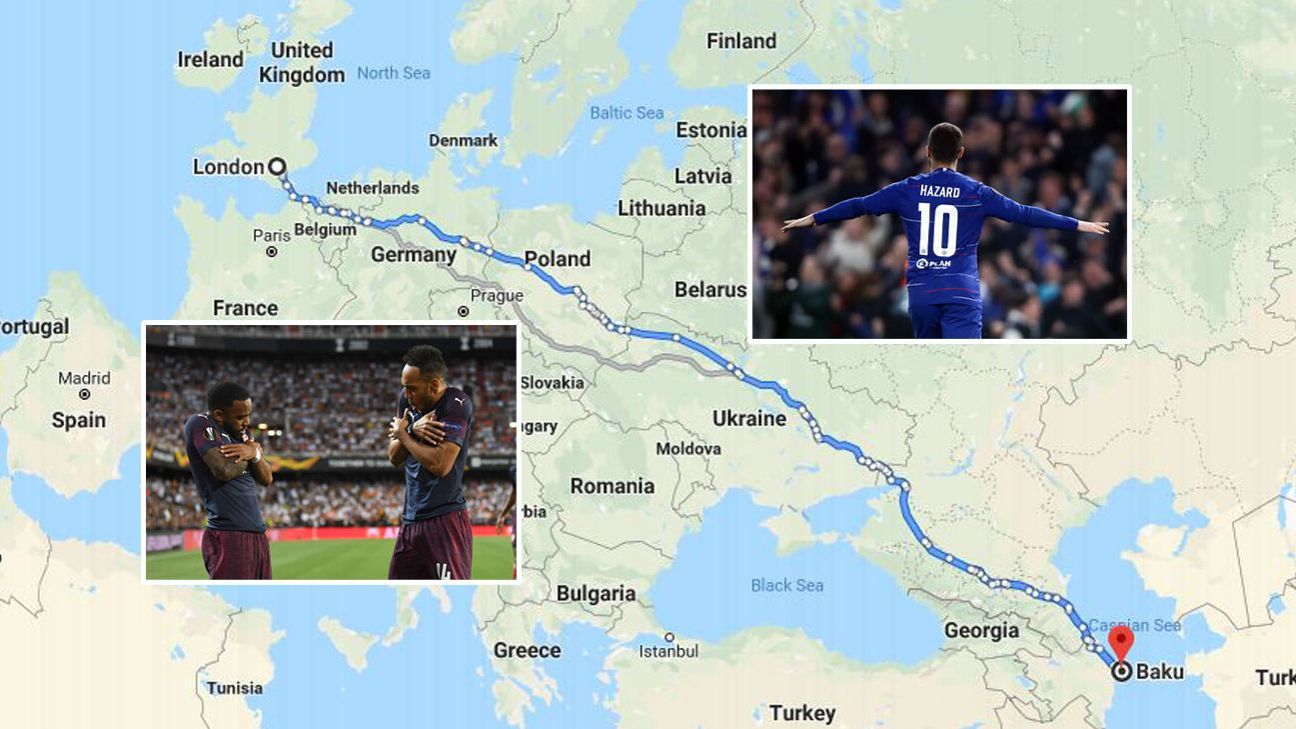 Arsenal and Chelsea secured their places in the Europa League final by seeing off Valencia and Eintracht Frankfurt in their respective semifinals on Thursday, guaranteeing a European clean sweep for the Premier League.

However, fans of both London clubs — based around eight miles apart, as the crow flies — have had the elation of reaching a major continental final tempered by the realisation that the game is to be staged in the Azerbaijan capital of Baku.

Indeed, the 68,700-capacity Olympic Stadium will host the Europa League final on May 29, meaning that supporters travelling from the UK will have to trek around 2,850 miles to a city that is further east than Baghdad.

To emphasis the true scale of the journey ahead, here are the numbers involved.