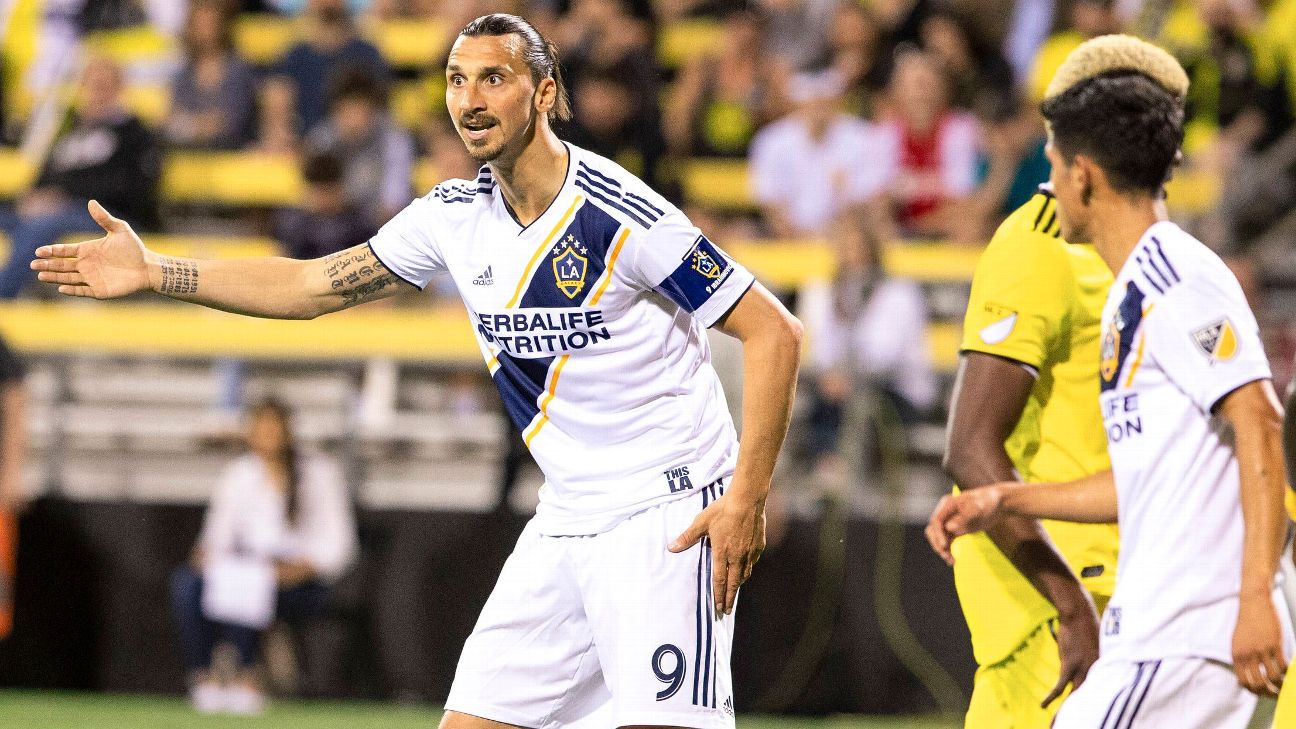 – Carlisle: Does MLS have a double standard problem with Ibra?
– W2W4: Zlatan, Galaxy to get back on track? Revs start fresh

The league did not disclose the amount of the fine.

The former Sweden international went to ground in the penalty area without being touched by onrushing Columbus Crew goalkeeper Zack Steffen in the 23rd minute of the Galaxy’s 3-1 loss on Wednesday.

The defeat was the Galaxy’s second straight and denied them an opportunity move ahead of LAFC atop the Western Conference.

Ibrahimovic ranks second in the league with nine goals scored in nine appearances, which is two behind LAFC’s Carlos Vela. He has also contributed two assists.

The Galaxy return to action on Saturday, May 11 (ESPN) when they host NYCFC at the StubHub Center at 4 p.m. ET.