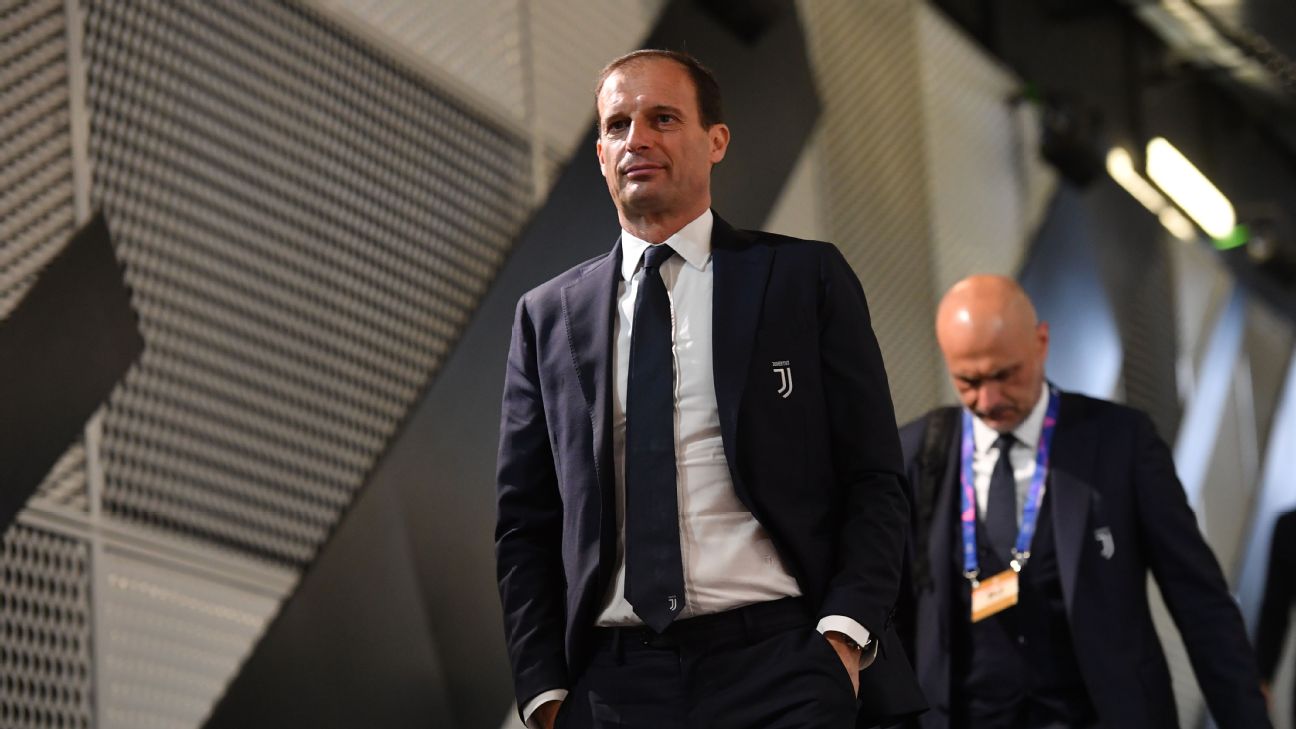 Juventus coach Massimiliano Allegri has said rumours surrounding his future are “amusing” and stressed that he does not intend to leave at the end of the season.

There was speculation in the week that Allegri had decided to go, but he dismissed those claims at a news conference ahead of Juve’s trip to Roma on Sunday (live on ESPN and ESPN Deportes at 2:30 p.m. ET) .

“I find it amusing reading and hearing everything,” he said. “This morning I was just thinking to myself that if I’d not won some trophies these years, I would have been impaled somewhere.

“I find it amusing and it’s part of the game. We’ve been champions for a month already. We’ll have a meeting next week with the president and draw our conclusions like we do every year.

“I said before the return leg against Ajax that I was staying, and this is a fact.”

Allegri replaced Antonio Conte as Juventus coach in 2015 and has won the Serie A title in each of his four seasons at the club.

– Horncastle: Conte’s potential return hangs over Roma, Juve
– When does the transfer window close across Europe?

Conte has been linked with a return, and chairman Andrea Agnelli cancelled a trip to Switzerland during the week in favour of what the Italian media claimed were talks to discuss bringing Conte back and relieving Allegri of his duties.

“As far as other names [being linked with Juve] go, it’s just part of the game,” the coach said. “When I was at AC Milan, people wanted rid of me by saying that [Pep] Guardiola was on his way there.

“I repeat, before the Ajax game I told the president that I’m staying. Now we’ll meet during the week and talk about everything, but this happens every year.

Asked whether he felt Juve shared his desire to stay, Allegri said: “I think they want to continue with me. I’ve got a great relationship with the president, with reciprocal honesty and respect.

“I’m grateful to the president and the club for the faith they show in me. We’ve done a good job over these five years, and I’m very happy.”