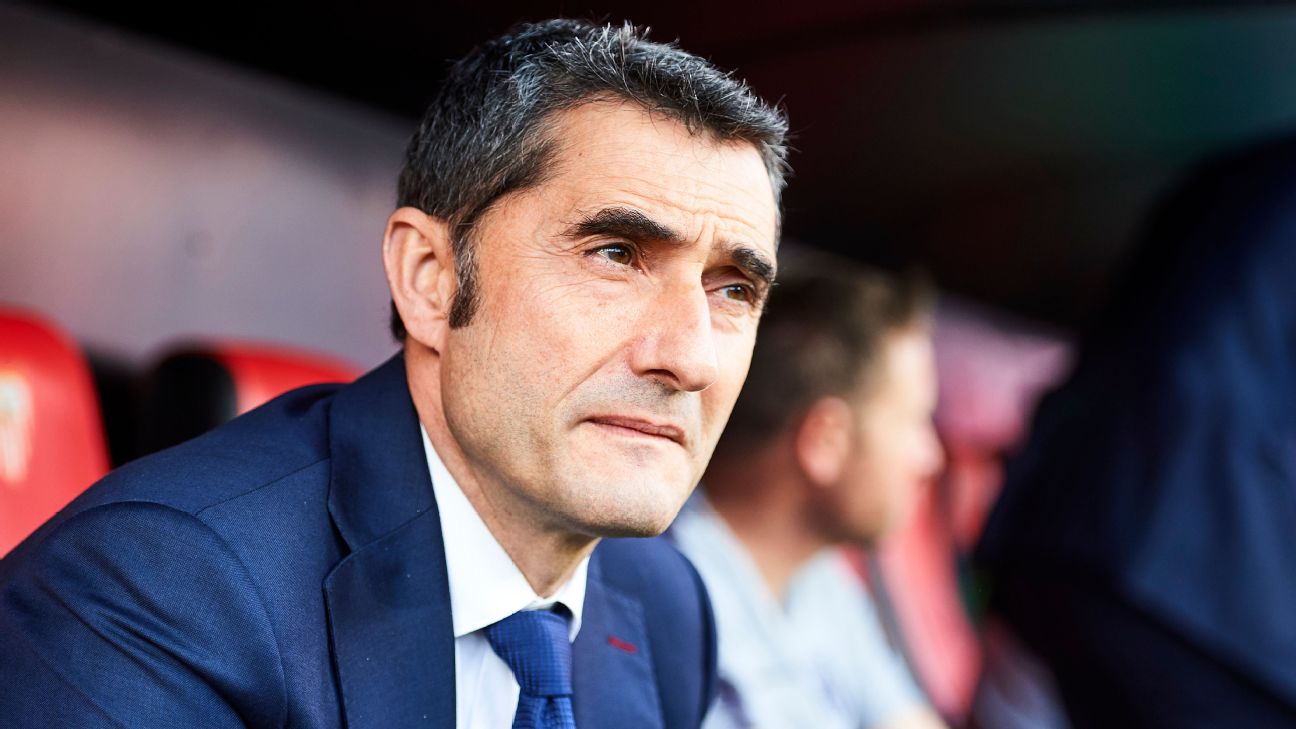 BARCELONA, Spain — Ernesto Valverde says he’s not planning to step down as Barcelona coach and that he still has the club’s backing despite Tuesday’s Champions League meltdown against Liverpool.

Barca blew a three-goal first leg lead for the second season in a row in Europe as they followed up last year’s humiliation against Roma with a thumping 4-0 semifinal loss at Anfield.

Catalan newspaper Diario Sport branded the defeat the “biggest embarrassment in the club’s history” and it’s led to questions about Valverde’s future.

The coach, who only signed a one-year contract extension in February, has won back-to-back league titles at Camp Nou and could yet end the campaign with a second consecutive double. But his critics say his failings in the Champions League overshadow his domestic success and he should leave.

“I’m fine, with the strength to continue [next season],” Valverde said in a news conference on Saturday when asked if losing to Liverpool could force him to contemplate his future.

“I want to move forward, not hide under a rock. We’re all hurting, I can’t deny that. We have a responsibility to ourselves and also to our fans. You can lose a semifinal against Liverpool because they’re a great team. The problem is how we lost, how we gave up such a favourable situation.”

Valverde — who said he’s not yet watched back the defeat to Liverpool — revealed he has already spoken with club president Josep Maria Bartomeu and that he still has the board on side despite another European catastrophe.

“I spoke with the president [on Thursday] and he offered me his support,” he added. “I have always felt backed by the club.

“I know there’s a whirlwind of comments after a game like that, it’s part of the show in sport. When something like this happens it seems everything has to be burned down — like when our kids have a tantrum — but then you have to build it all back up again afterwards.”

Valverde compared his personal situation over the last few days to Steve McQueen’s character in The Great Escape but added that he’s keen to get back on the pitch against Getafe on Sunday and put things right.

“What’s been going on in my head these last few days?” he said. “It’s been like the film The Great Escape when they’re all trying to escape from the concentration camp and Steve McQueen’s there. Every time he tries to escape, they catch him and stick him back in the cell.

“I feel like that. I’m in the cell until all this has passed. But, more than anything, I’m now looking forward to Sunday’s game. It’s been a really tough week and, whoever we were playing tomorrow, we need to show we’re still here.

“[The Champions League elimination] has been a big blow to the fans, to the players, to everybody. The best thing now is to play again as soon as possible.”

Barca will be without Luis Suarez for their penultimate game of the season this weekend. The Uruguayan had surgery on a knee injury on Thursday and will be out for the next month. Ousmane Dembele, Arthur Melo and Rafinha are also sidelined.

Sunday’s visit from Getafe is Barca’s final home game of the season. They close their campaign away at Eibar next weekend before playing Valencia in the Copa del Rey final on May 25 in Seville.