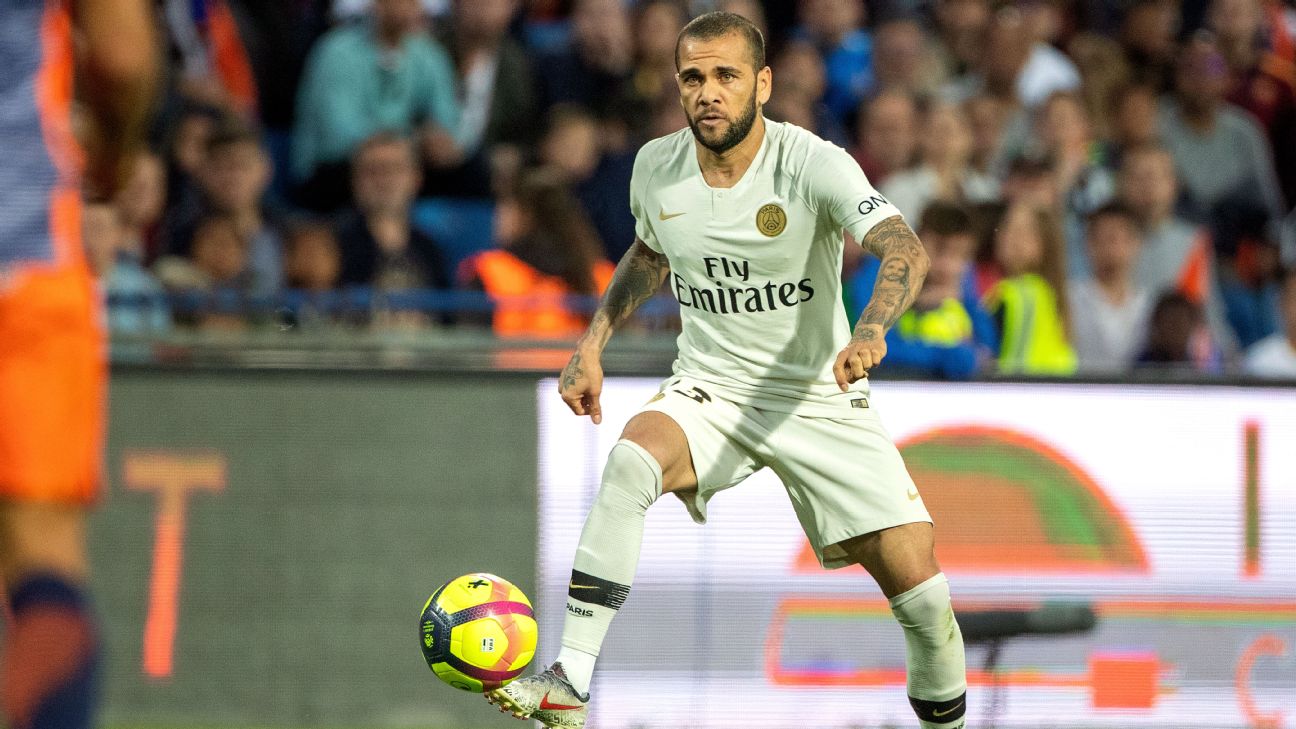 Dani Alves has questioned Barcelona’s transfer policy and defended Lionel Messi in an interview with ESPN FC following his former side’s Champions League elimination at the hands of Liverpool.

Under Pep Guardiola, Barca won two Champions League titles in three seasons with the core of their players coming from the famed La Masia academy.. However, recently they have favoured expensive acquisitions over nurturing their own talent.

And Paris Saint-Germain defender Alves said he feels the club have focused more on big-name signings.

Asked whether Barcelona had lost their style of play, Alves, 36, told ESPN FC: “I agree with that somewhat. When I see stories about how Barca are now buying players to market them, you can sense that they are changing their philosophy a bit. Barca were about developing players.

“They didn’t change their style, they signed players for specific positions. Now the feeling is they make too many moves on the market. But I also think that criticism is opportunistic. It’s easy to lecture after elimination. You know Barca still like to take care of the ball and make good passes. It doesn’t matter who comes in or who leaves, that’s their identity.

“Their philosophy on the pitch isn’t going to change. But it’s changed a little when it comes to the market. That happens in football. If they would have won the Treble, nobody would have said anything. In the last 10, 11 years, Barca have won plenty of league titles, something that Real Madrid haven’t done, but people defend [Real Madrid] because of their success in the Champions League.

“When Madrid are knocked out [of the Champions League], it’s like: ‘Hey, they haven’t won the league in so many years,’ but nobody talks about that. So it sounds a little opportunistic to analyse right after elimination, against a really, really good opponent such as Liverpool.”

Messi is leading the race to win this year’s European Golden Shoe and scored two goals as Barcelona took a seemingly commanding 3-0 lead to Anfield for their Champions League semifinal second leg.

However, he was criticised for a disappointing performance in the 4-0 defeat which saw them eliminated. And Alves has come to his former teammate’s defence — labelling him the “one untouchable in football.”

“After the first leg, he was out of this world, an alien — however you want to say it,” he added. “But I still think the one untouchable person in football is Leo [Messi] because of what he brings to the game.

“They’re not going to write a headline that says: ‘Eliminated’ with Dani on the cover. No, they are part of it too. So for better or for worse, they are the ones who will be on the cover.

“When it comes to football, I don’t think you can speak badly of Messi.”

Sources have told ESPN FC that Philippe Coutinho will be the first casualty of Barcelona’s Champions League elimination, and Alves said his Brazil teammate needs to understand what sets Barcelona apart from other clubs in world football in order to be a success at Camp Nou.

“I think he has great quality, but at Barca, you need more — you need to understand what Barca are,” Alves said. “I think Countinho is going through that process, but people want immediate results.

“For some that is a very quick process, not so much for others. But you have to live through it.”