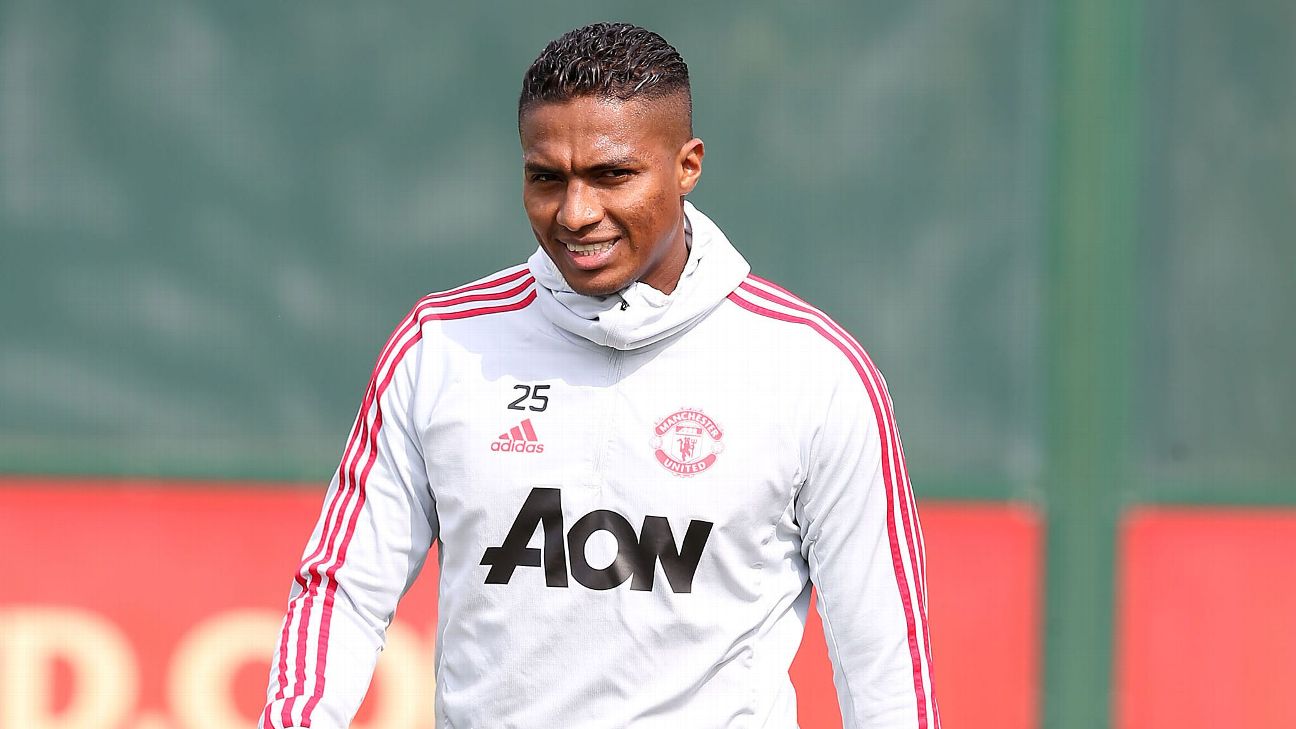 Antonio Valencia is as renowned for sentiment as he is for speaking English, but romanticism has not been lacking in his recent social media output. The Ecuadorian international is about to leave Manchester United and Sunday’s final game of the season against relegated Cardiff City will be the last that the club plays with him on the books.

“I want to enjoy until the last moment with you Man United” was just one example of the relationship-ending tone set by the 33-year-old’s recent posts and Valencia, who has not played for United since a 2-0 win at Newcastle on Jan. 2, is likely to have the chance to say goodbye properly this weekend.

History will remember Valencia as a very good player — “He’s a been a fantastic servant to the club,” manager Ole Gunnar Solskjaer said on Friday — during the 10 years since he arrived from Wigan Athletic. He is the current squad’s longest-serving player, with 338 appearances and 25 goals, and ranks 47th on United’s all-time list for games played.

Valencia was bought to replace Cristiano Ronaldo, who left Old Trafford for Real Madrid in 2009. Initially, the man who supported Boca Juniors and Ecuadorian side Nacional as a child and idolised Francesco Totti thought there was a disciplinary issue when Wigan manager Steve Bruce called him into his office, only to discover United were interested in him.

Sir Alex Ferguson told his new signing that his job was to beat players and cross to the forwards. It was one trick, but it worked; Valencia set up Wayne Rooney‘s winner in the League cup final as part of an impressive debut campaign in Manchester.

“I had a good first season (he was named in the 2009-10 PFA team of the year) and my family came to see the final games when we beat Spurs 3-1 at Old Trafford,” Valencia once told me. “A few weeks earlier, we beat Bayern Munich 3-2. It was one of my best games, a really exciting match against one of the best teams in the world. We’d already knocked AC Milan out of the [Champions League], we were playing well but then we lost 2-1 in Munich. We knew we had to play well in Manchester and we did. Unfortunately we went out on away goals.”

As well as having to take the place of Ronaldo, who won the Ballon d’Or in his final year at United, Valencia had to contend with an unsettled right-back situation behind him.

“Unlike with previous partners on the right where I had a 50/50 partnership, my legs had gone playing behind Antonio,” Gary Neville tole me. “Ronaldo said: ‘I attack, you defend!’ With Antonio, I needed him to defend and attack for me and I sat there hoping that he’s do that and cover me. He was 90 percent and I was 10 percent.”

Valencia broke his leg against Rangers in September 2010, but returned to play a role in his club’s run to the following year’s Champions League final, which he started vs. Barcelona. In 2011-12, having signed a new contract, his form saw him named United’s player of the year and players’ player of the year.

“I scored at Blackburn, one goal I really liked because there were so many of our supporters there,” Valencia said. “It was close to 80 minutes when I scored, an important goal and one we thought would help us win the league. It was a shame we didn’t win the league that year.”

Valencia started 24 league games when United won the league in Ferguson’s final season, 2012-13, but endured mixed fortunes under subsequent managers. He gave up the No. 7 shirt after one season, then struggled for form and fitness under David Moyes and Louis van Gaal.

The arrival of Jose Mourinho in 2016, however, led to a turnaround in Valencia’s form and a permanent move to a new position. The newly-established right-back made 43 appearances in all competitions, starting League Cup and Europa League final wins vs. Southampton and Ajax respectively, and once again won the club’s players’ player of the year award. He also frequently wore the captain’s armband.

“[Mourinho] told me that if I concentrated then I’d play every minute of every game,” Valencia told me. “We talk tactics; we talk football. We have a good understanding. I see my future as a defender.”

The switch, one that Ashley Young has since copied, was an almost-immediate success and Valencia did not find it too difficult.

“It wasn’t as hard as I thought it would be,” he said. “It’s a new position where I have to attack and defend; the only thing I have to think about is that I have to be more responsible and focused on my defensive duties.”

That renaissance continued into last season, but not the current campaign has brought only five league starts and the drop-off in his performance level signalled the end, but he can be proud of a fine record during his decade in red.

Sunday will hardly bring much reason to celebrate for a United side that will finish fifth at best and the traditional postseason lap of honour is hardly eagerly anticipated. Maybe Valencia will grab the mic and sing the full version of the Stone Roses’ “Waterfall” — the soundtrack to the supporters’ “Ole’s at the wheel” song — in a broad Mancunian accent?

Whatever happens as the club deals with more uncertainty after another disappointing season, fans everywhere will be grateful to the man from Lago Agrio for his contributions to past success and wish him all the best for the future.

US bring in Wright for Sargent for England clash
FIFA says Wales fans can wear rainbow hats
Billions of dollars bought Qatar a World Cup, but not loyal fans in opener loss to Ecuador
Alphonso Davies doubtful for Canada WC opener
Ronaldo is first man to score at 5 World Cups