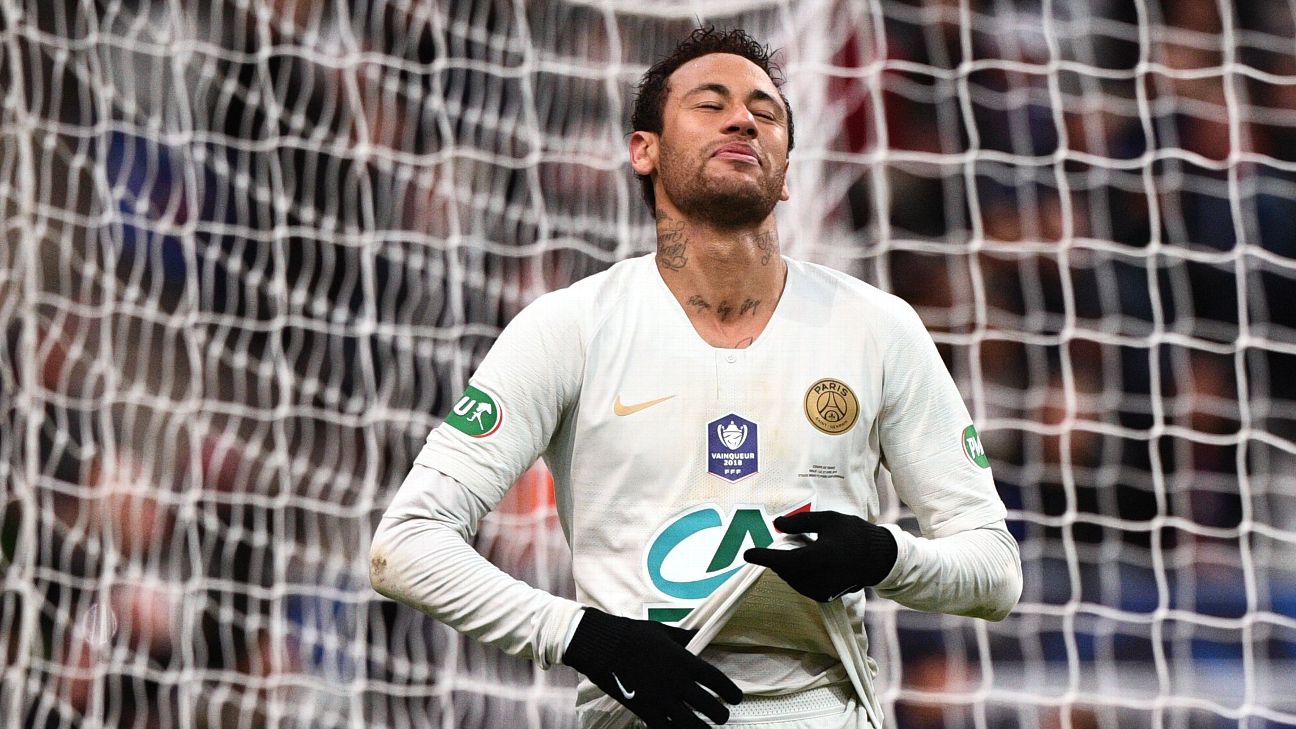 Neymar has been banned for three games, with two more suspended, by the French Football Federation following an investigation into his altercation with a spectator after Paris Saint-Germain’s Coupe de France final defeat to Rennes.

Neymar, who appeared to hit a member of the crowd while on his way to collect his runner-up medal after the defeat on penalties, could have faced a ban of up to eight matches for the incident.

The punishment means the Brazil international will miss PSG’s final home game of the season against Dijon, the campaign-ending trip to Reims and the Trophee des Champions against Rennes in China in August.

PSG have yet to comment on Neymar’s suspension, while sources have told ESPN FC that an appeal against his three-game Champions League ban is ongoing.

He was banned for three European games for insulting match officials on social media after PSG were eliminated from the tournament by Manchester United and will miss half the group stage next season.

Neymar has scored 22 goals and contributed six assists in 26 appearances in all competitions this season.

Despite a second consecutive lengthy injury layoff, he is in contention to win the Ligue 1 Player of the Year award.