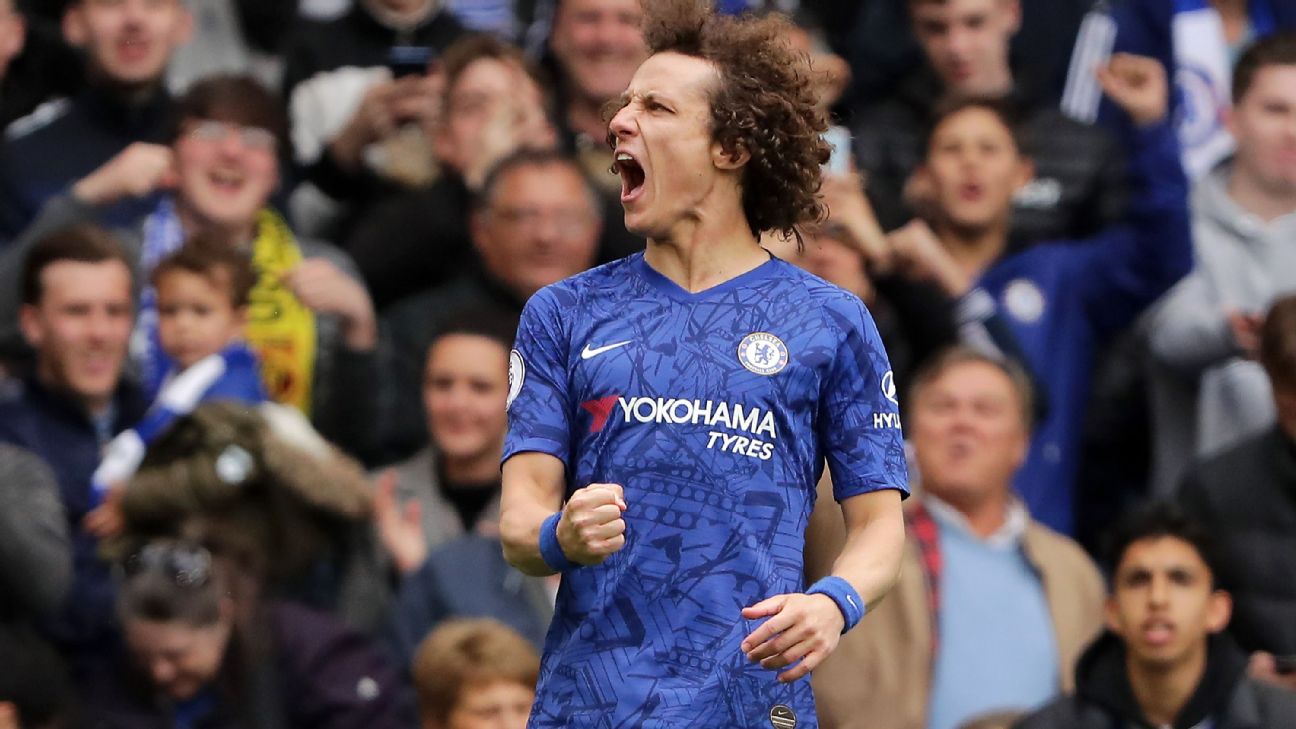 LONDON — David Luiz has indicated that he has agreed a new contract at Chelsea, with a formal announcement to be made in the coming days.

Talks between Chelsea and Luiz — who has made 47 appearances under Maurizio Sarri this season — have dragged on for several months, with the club’s policy of only offering players over 30 one-year extensions understood to have been the main problem.

But speaking after Chelsea had reached the Europa League final by beating Eintracht Frankfurt in a dramatic penalty shootout at Stamford Bridge on Thursday, Luiz indicated that his future had been settled.

“Yes, I think so. Soon everybody is going to know,” he said. “It [an announcement] will be before the Europa League final — in five days.

“I love this club. My great moments in football were here, especially the European titles, the Champions League and Europa League.

“My relationship with the fans has always been great since the first day I played here. I just try to my best and make them happy.”

Chelsea’s victory over Frankfurt set up an all-English final against Arsenal on May 29, three days before Liverpool take on Tottenham in only the second Champions League final between two Premier League sides.

“I am happy that English football is showing again it’s at the top level, to have the finalists in the Champions League and Europa League,” Luiz said.

“For many years it was difficult for the English teams to understand how to rotate the team and how to get to the same level for every competition. This season they did great.”

Chelsea and Arsenal have each won one of their two league meetings this season, and Luiz said he was wary of the threat the Gunners would pose in Baku.

“It is going to be a difficult game,” he said. “They have a great team and a great coach. He [Unai Emery] knows how to win this competition.

“I worked with him a bit at Paris [Saint-Germain] and I know how passionate he is. He knows how to play these kind of games. It is up to us to prepare well.