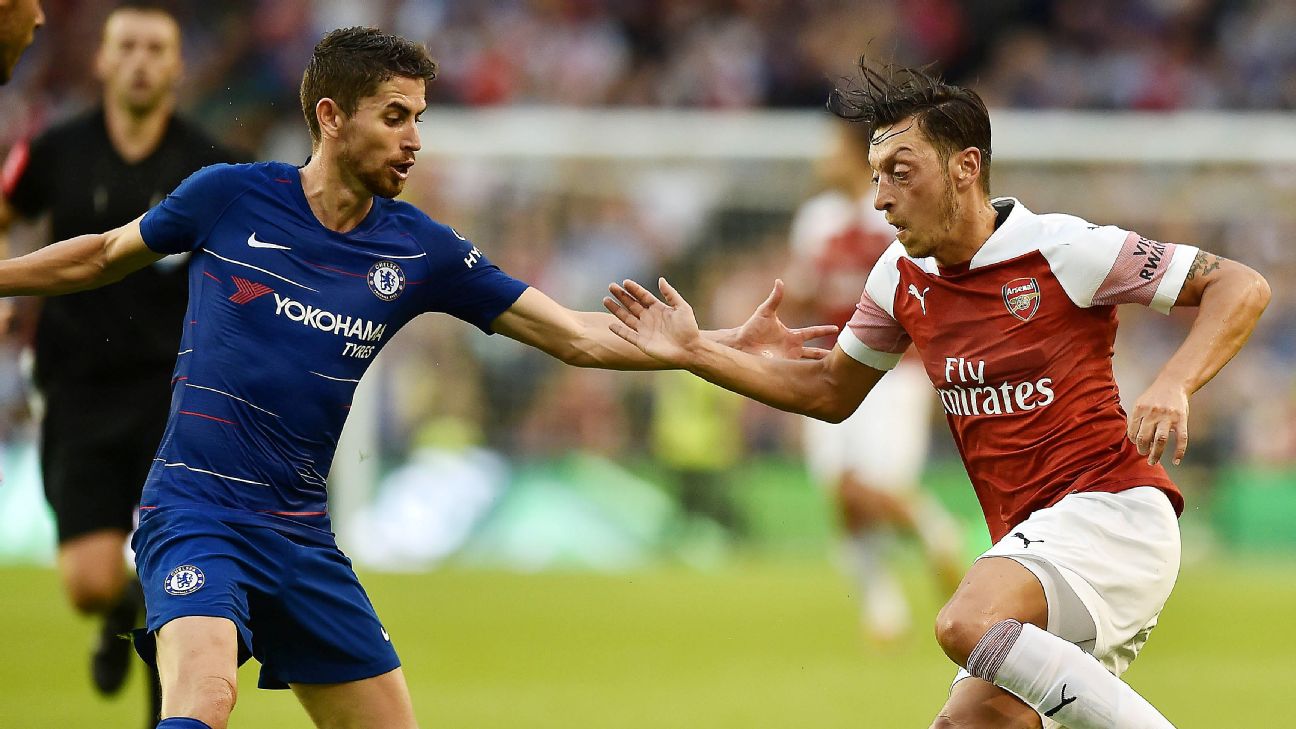 England became the first country to provide two finalists in both European competitions in the same season after Chelsea and Arsenal made it through to the title match in the Europa League on Thursday.

It adds up to a season of domination for English clubs in Europe, with Liverpool and Tottenham reaching the final of the Champions League this week by overturning three-goal aggregate deficits at various stages of their semifinals against Barcelona and Ajax, respectively.

Chelsea beat Eintracht Frankfurt 4-3 in a penalty shootout at Stamford Bridge, after a second straight 1-1 draw between the teams in the semifinals.

Arsenal’s path to the final was more straightforward, beating Valencia 4-2 thanks to a hat trick from Pierre-Emerick Aubameyang to complete a 7-3 win on aggregate.

The Europa League final will be staged in Baku, Azerbaijan, on May 29. It is the first time since the 1972 UEFA Cup — when Wolverhampton Wanderers took on Tottenham — that two English teams squared off for the title in any of that competition’s various guises.

Arsenal will likely need to win the game to get into next season’s Champions League as it probably won’t finish in the top four of the Premier League. Chelsea is already guaranteed a top-four finish heading into the final round of fixtures this weekend.

There is guaranteed to be an all-English UEFA Super Cup in August in Istanbul as that match will pit the winners of the competitions.

“It’s not easy for an English team to arrive in the last month in a good condition physically,” Chelsea boss Maurizio Sarri said of his side after Thursday’s win. “We play more than other countries. We played match 61 today. It’s a big difference with other countries.”

Chelsea have the final match of the Premier League against Leicester City on Sunday then a friendly to play in the United States before earning 10 days’ rest to prepare for the final in Baku.

A game between London rivals Chelsea and Arsenal normally covers a distance of 6 miles. For the May 29 final, they will need to travel 2,469 miles to Azerbaijan.

“Here [in England] the level is very high,” Sarri added. “To get into the League Cup final [in February] we had to play Liverpool and Tottenham and then played the best team in Europe, Manchester City. The Premier League is the best league in the world.”