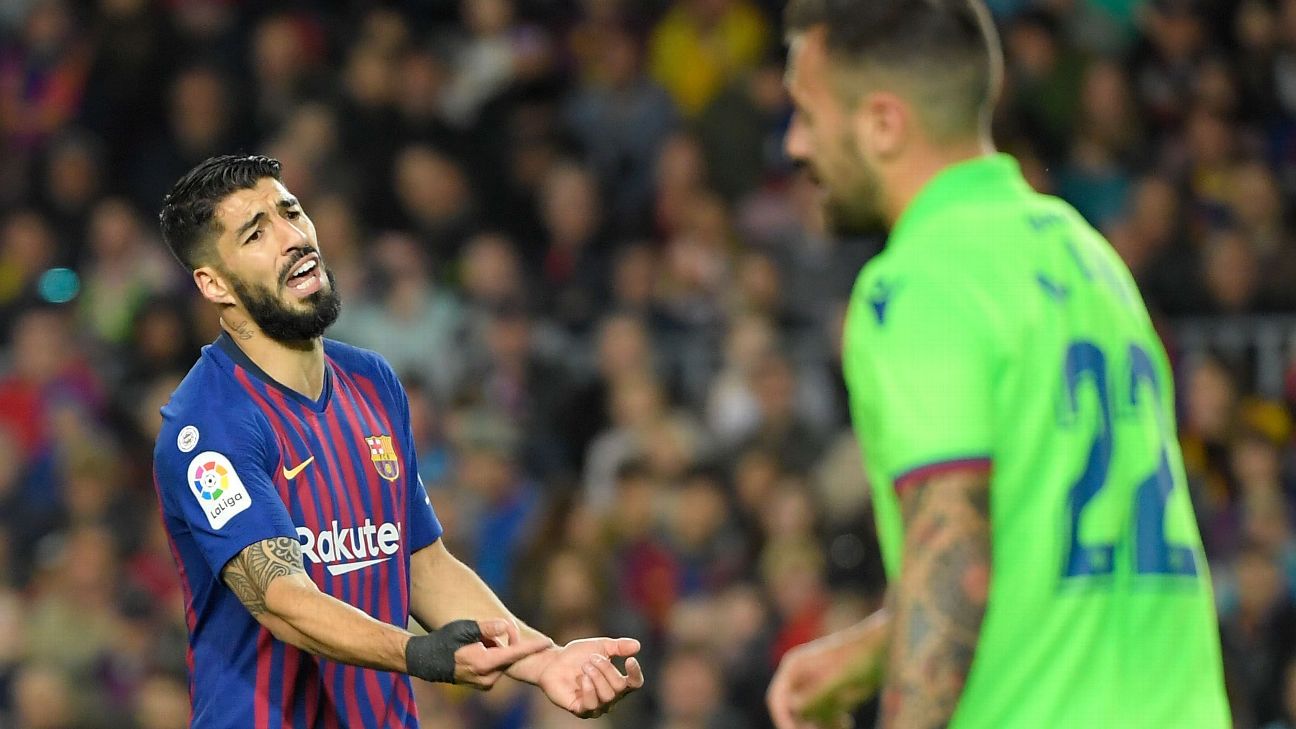 Barcelona striker Luis Suarez has undergone knee surgery and will miss up to six weeks, the club have confirmed.

Barca confirmed the news on Friday, ruling Suarez out of the La Liga champions’ two remaining league fixtures against Getafe and Eibar, as well as the Copa del Rey final against Valencia on May 25.

A statement from the club read: “The first team player Luis Suarez has a medial meniscus injury in his right knee and has been operated on by Dr. Cugat, undergoing arthroscopic surgery under the supervision of the Club’s medical staff. The Uruguayan will be out for around four to six weeks.

“As such, the FC Barcelona striker will miss the three remaining fixtures this season, the league games against Getafe and Eibar and the Copa del Rey final against Valencia on 25 May in Seville.”

The Uruguay international, who has scored 25 goals in 49 matches in all competitions this season, played the full 90 minutes as Barca were spectacularly knocked out of the Champions League by his former club Liverpool, who overcame a 3-0 semifinal first-leg deficit to progress 4-3 on aggregate on Tuesday.

It remains to be seen whether Suarez is fit in time for the Copa America with Uruguay, which kicks off on June 14. Uruguay are in Group C along with holders Chile as well as Japan and Ecuador.

Uruguay begin their campaign against Ecuador on June 16.

No Ronaldo, no problem: Replacement Ramos hat-trick lifts Portugal into quarterfinals
You can’t go deep in a World Cup if you can’t score goals; the USA were doomed
Mexico goal was most powerful shot in WC 1st rd
Croatia reach quarterfinals after beating Japan on penalties
WSL crowds up 200% on last year – director