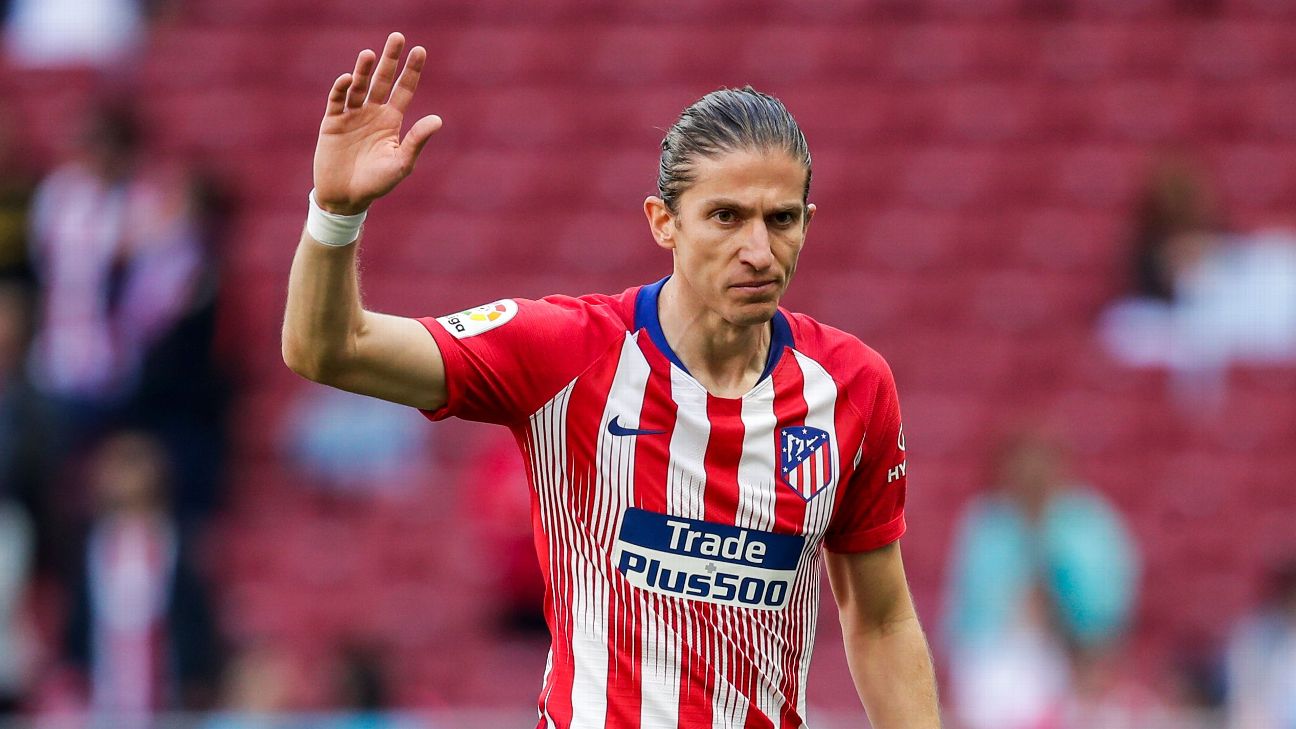 Atletico Madrid’s Filipe Luis is one of the left-backs interesting Barcelona as they look to bring in competition for Jordi Alba, sources have told ESPN FC.

Luis is out of contract in the summer and available for free, which makes him an attractive proposition for Barca, who will look to use any money available to them to move for Matthijs de Ligt and Antoine Griezmann.

Barca have gone the whole season with Alba as their only left-back. The 30-year-old has had a good campaign, earning himself a new contract which he signed in February, but the club are aware they need backup for him in the long-term.

Sources at Barca told ESPN FC that Luis is being considered because of his availability and his experience in the game, with B team full-back Juan Miranda unable to take advantage of his opportunities this season.

Luis, 33, was close signing for Barcelona 10 years ago. The club wanted to bring him in from Deportivo La Coruna but the Galician club’s then president, Augusto Cesar Lendoiro, would not go lower than the €20 million release clause. Barca signed Adriano instead from Sevilla.

The Spanish champions are also working on an alternative option to Luis but one that would cost money — and would prefer to focus their spending on needs elsewhere. De Ligt and Griezmann, in that sense, are two players who could improve the XI.

As revealed on ESPN FC this week, Barca hope the signing of Frenkie de Jong will be followed by De Ligt and Griezmann. The two will cost close to €200 million — a figure which will likely oblige the club to make sales this summer.

Things are expected to accelerate for the Netherlands international next week. With Barca and Ajax both out of the Champions League, negotiations will resume with the player’s agent, Mino Raiola, who is pushing for more money from the deal. Barca and Ajax have already agreed on a potential fee and De Ligt wants to move to Camp Nou.

As for Griezmann, his release clause will drop to €120m on July 1. Barca don’t want to talk about a possible deal until then to avoid any conflict with Atletico. The Catalan club are conscious of Atletico’s complaint to FIFA for making an illegal approach for Griezmann in 2017.