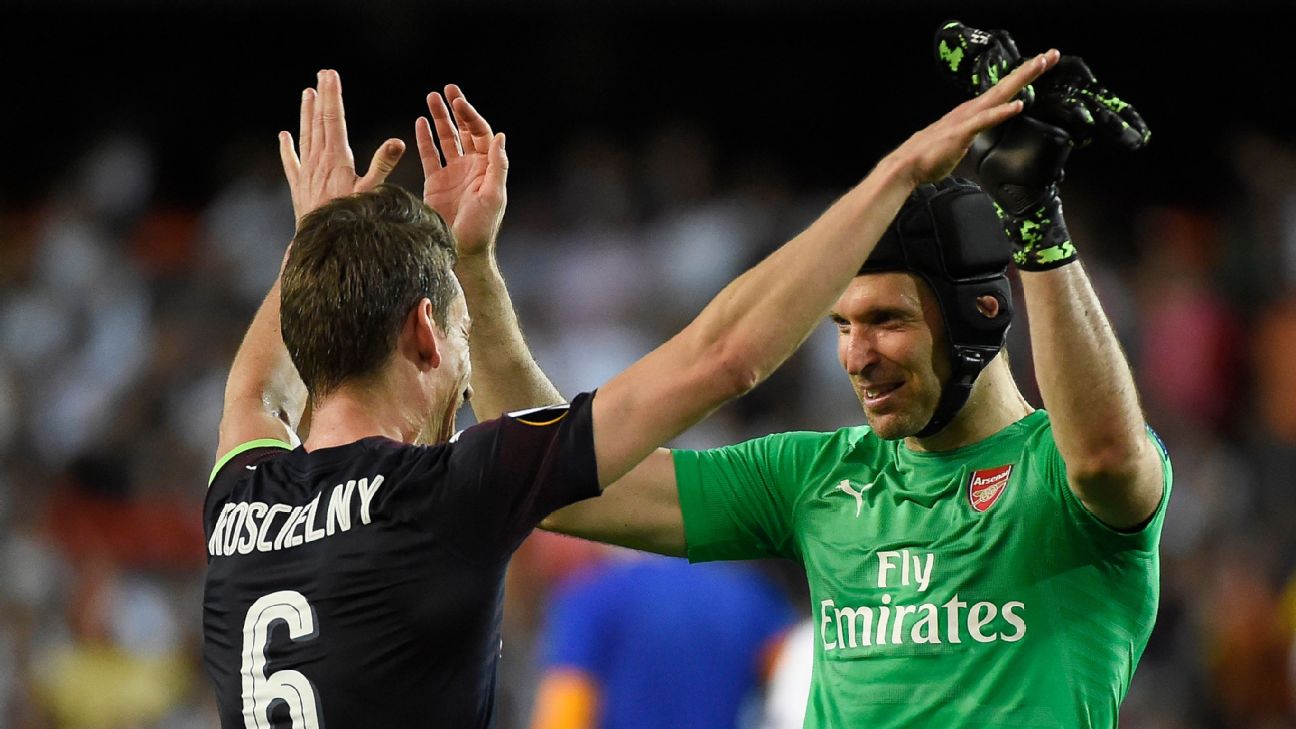 Arsenal goalkeeper Petr Cech is relishing playing his former club Chelsea in the Europa League final, which could make for a “remarkable end” to his glittering career.

He helped his side reach the final in Baku on May 29 with a thumping 7-3 aggregate victory over Valencia on Thursday, while Chelsea saw off Eintracht Frankfurt on penalties to set up an all-London showdown.

“It would be a remarkable end to my career if I play a European final against my former team,” Cech, who made 333 appearances for Chelsea between 2004 and 2015, told BT Sport.

“You have days when you play well and you think you could continue but I’ve made the decision to retire with a lot of thought. I could possibly go on another two years but I’d rather retire too early than too late. I wanted to do it on my terms.”

Cech, who started the season as the club’s No. 1 but lost his place to Bernd Leno, has played in every Europa League knockout round, keeping two clean sheets against Napoli in the quarterfinals.

With Arsenal all but out of the running for a top-four finish in the Premier League — they require an eight-goal swing and for fourth-placed Tottenham to lose — manager Unai Emery must decide whether to give Cech an extra 90 minutes of football in the final league match to prepare for Baku.

“With all my experience I can compensate for the match rhythm with my preparation,” said the 36-year-old former Czech international, who announced in January that he would retire at the end of the season.

“The key is always how you prepare in training and I always behave the same whether I am starting or on the bench. I always feel confident that I’m ready to play.

“The last dream was to play this European final and it has come true. Now the dream is to win it.”